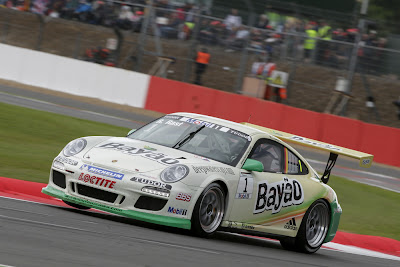 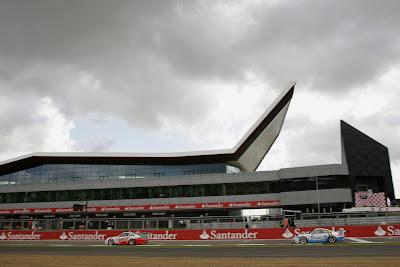 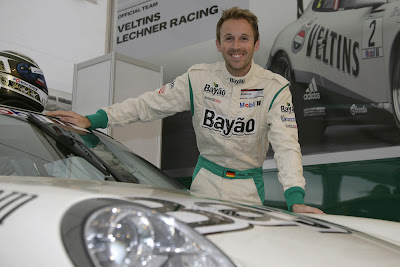 Porsche Mobil 1 Supercup, round 5 at the Formula 1 race in Silverstone/Great Britain

Stuttgart. A gripping qualifying at the Porsche Mobil1 Supercup weekend on the storied Silverstone circuit: Putting in an immaculate lap, René Rast (Germany) clinched his second pole position of the season in a Porsche 911 GT3 Cup fielded by VELTINS Lechner Racing. Over most of the session, the top contenders were only separated by thousandths of seconds with the provisional pole changing several times until the title defender snatched the pole shortly before the end, relegating his teammate Norbert Siedler (Austria) to the second grid spot by 0.322 seconds. Supercup rookie Kévin Estre from France surprised with the third quickest time at the wheel of Hermes Attempto Racing’s Porsche, clinching his best qualifying result so far this season.

Local hero, Nick Tandy (Konrad Motorsport) had to settle for fourth on his home circuit where he had celebrated his first victory in the Porsche Mobil1 Supercup last year. Kuba Giermaziak (VERVA Racing Team) from Poland underlined his improving form on his 21st birthday with fifth on the grid, sharing the third row with double Supercup champion Jeroen Bleekemolen (Team Abu Dhabi by tolimit) from the Netherlands. Christian Engelhart (Germany), winner of the season-opener at Istanbul for Konrad Motorsport, secured the seventh spot ahead of Slovakian Stefan Rosina (VERVA Racing Team). The top ten of the fiercely-contested qualifying were all within seven-tenths of a second, with Britain’s James Sutton (SAS International), a guest driver from the Porsche Carrera Cup Great Britain claiming ninth place. Barcelona winner and points’ leader Sean Edwards (Great Britain) surprisingly put his Team Abu Dhabi by tolimit-run Porsche 911 GT3 Cup only on tenth.

René Rast (pole-sitter): “To be on pole in Silverstone is a very special feeling. I’m very confident for the race as I only just ran in my second set of tyres over one lap today. I hope to be able to make up a few points in the championship and I’m especially pleased about our team effort with Norbert starting beside me.”

Norbert Siedler (2nd in qualifying): “To have the first row occupied by VELTINS Lechner Racing – now that’s perfect. Still, I’m not entirely satisfied. With my second set of tyres I wasn’t able to realise everything that was possible today.”

Kévin Estre (3rd in qualifying): “To stand so far at the front of the grid is great, especially on a famous circuit like Silverstone. I didn’t get anywhere with my first set of tyres, I was far away from the top. On my second set I immediately put in my fastest lap. Of course, I’m very pleased with my third place.”