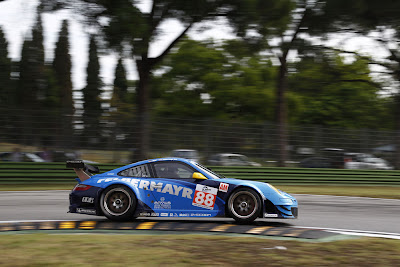 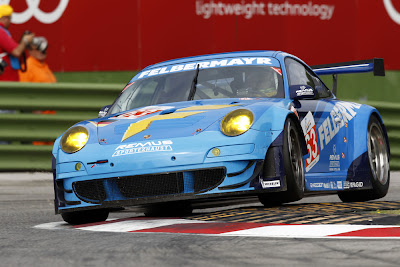 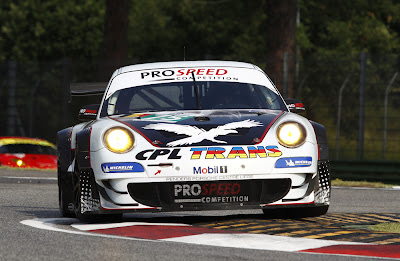 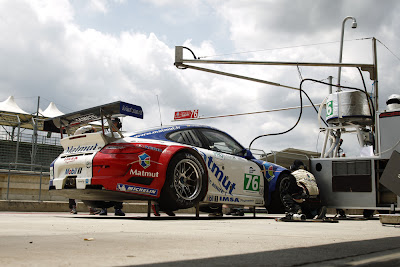 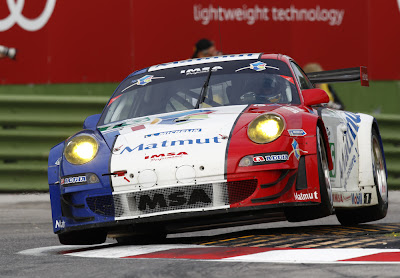 Stuttgart. At the wheel of the Porsche 911 GT3 RSR fielded by Felbermayr-Proton, Porsche works drivers Marc Lieb (Germany) and Richard Lietz (Austria) start from the third grid row of the GTE Pro class to tackle the six hour race in Imola on Sunday. In qualifying for the third race of the Le Mans Series season at the Autodromo Enzo e Dino Ferrari, Richard Lietz posted the sixth fastest time. “The car handled perfectly for that one fast lap,” he said. “I´m happy with the time, nothing else was possible today. Now let´s hope for a good race. We´re facing six hours of tough work so our motto can only be get a good start and then charge to the front.”

His works driver colleague Patrick Pilet (France) set the ninth fastest time in the Porsche 911 GT3 RSR of IMSA Performance Matmut, which he shares with Wolf Henzler (Germany). “It wasn´t easy today. You can only turn two really fast laps in qualifying here,” he said. “My first lap was great, but in the second I encountered a lot of traffic and couldn´t improve. The car oversteered a lot, we´ll have to sort this out before the race.” Directly behind him, Porsche works driver Marco Holzer (Germany) starts from tenth on the grid. His teammate in the Porsche 911 GT3 RSR fielded by ProSpeed Competition is Marc Goossens from Belgium. “The qualifying began quite well,” said Marco Holzer. “But of all places in the very quick Turn 5 I encountered a slower car which held me up. Our car felt very good, the lap times were much quicker than during the free practice and that makes me feel more confident for the race.”

In the GTE Am class, in which only one professional driver is permitted to compete per car, Porsche works driver Patrick Long (USA) secured the third pole position for Porsche at the third race. Proton Competition´s Porsche 911 GT3 RSR, which he shares with Porsche Cup winner Gianluca Roda (Italy), is at last year´s technical specification as per the regulations.

Contested for the first time in 2004, the Le Mans Series (LMS) is open for sports prototypes and GT vehicles. The regulations are based on those of the Le Mans 24 hour race. Five six-hour races are contested this season throughout Europe.

All race cars start together but are classified separately according to the class. Points are only allocated for placings in each class. Championship titles are awarded for drivers, manufacturers and teams in all five classes. Claiming the title in 2005, 2006, 2009 and 2010, Porsche works driver Marc Lieb is the most successful pilot in the series.