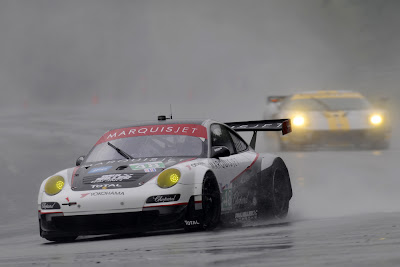 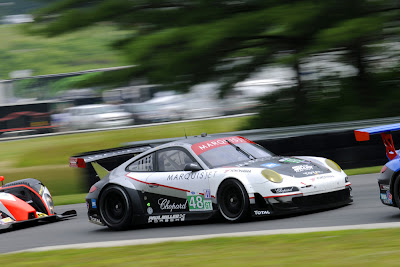 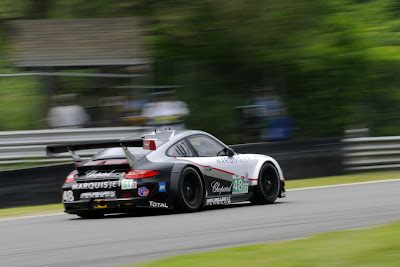 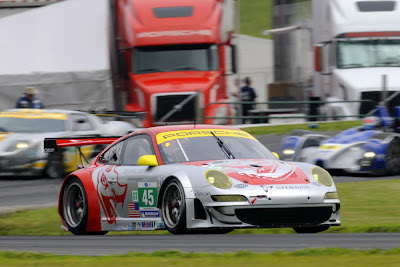 Stuttgart. With the Porsche 911 GT3 RSR fielded by Flying Lizard Motorsports, Porsche works driver Patrick Long (USA) posted the third quickest time in the GT qualifying for the Northeast Grand Prix in Lime Rock. He contests round three of the American Le Mans Series on Saturday with his works driver colleague Joerg Bergmeister (Germany), who with five wins in the last five years is the most successful driver at the race in the US state of Connecticut .

“I was lying in fifth when my pit crew requested me to come in. But my gut feeling told me that I could do better. So I stayed out for another lap and that lap was then perfect,” said Patrick Long. “It felt just a good as my fastest lap last year where I secured pole position. It’s just that the gap to the cars at the front is simply too big. We just can’t match their pace due to the balance of performance regulations.”

At his first start on the short and very narrow 2.487 kilometre circuit, which had only just dried up after a rain shower, Marco Holzer (Germany) clinched sixth place. The Porsche factory pilot shares driving duties in the second Flying Lizard Motorsports Porsche 911 GT3 RSR with American Seth Neiman. “My quickest lap was just my seventh on the dry track in Lime Rock,” he said. “We’re very pleased with this and think we’ve found a very good set-up for the race, regardless of whether it rains or not.”

All race cars start together but are classified separately. This ensures exciting and diverse racing with many overtaking manoeuvres. Points are only awarded for placings in each class.