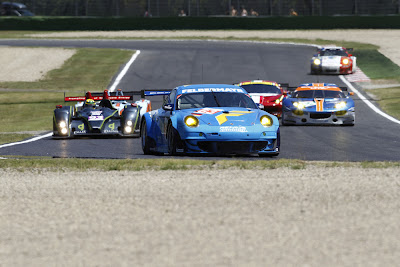 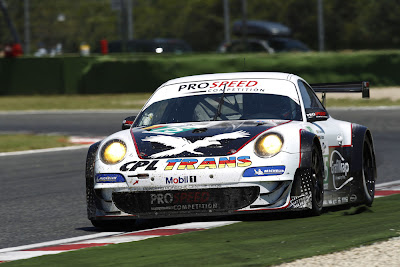 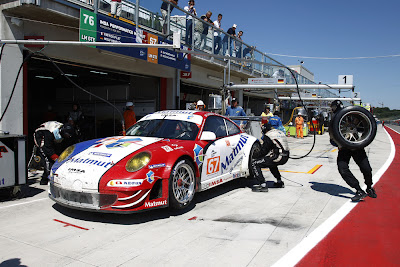 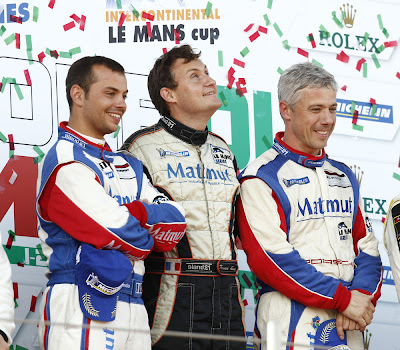 Stuttgart. Claiming fourth at the six hour race in Imola, Porsche works drivers Marc Lieb (Germany) and Richard Lietz (Austria) secured their best result of the season so far in the GTE Pro class with their Porsche 911 GT3 RSR fielded by Felbermayr-Proton. “We had a super race without any technical problems and a perfectly set-up car. We pulled out all stops, but this was the best we could do right now,” said Marc Lieb after round three of the Le Mans Series in high summer temperatures at the Autodromo Enzo e Dino Ferrari. His teammate Richard Lietz said: “Due to the balance of performance regulations we are currently not in a position to keep the leaders under pressure over the race distance. Other than that, everything else is perfect, from the set-up of the car to the pit stops.”

After retiring from the first two races of the season, Porsche factory pilots Wolf Henzler (Germany) and Patrick Pilet (France) saw the chequered flag in Imola for the first time. With the Porsche 911 GT3 RSR run by IMSA Performance Matmut, they crossed the finish line in fifth place. “We’re mostly pleased about actually finishing a race at last,” Wolf Henzler said. “In the Aque Minerale we got a slow puncture and dropped one position. I’m particularly happy for our team. They didn’t let our bad luck in Le Castellet and Spa get them down and now they’ve been rewarded.” Pilet added: “Despite everything it was fun. We did our best, we couldn’t do more.” Porsche works driver Marco Holzer (Germany) and his Belgian teammate Marc Goossens planted their Porsche 911 GT3 RSR of ProSpeed Competition on sixth place. “We got through well,” he said, “and only lost time with damage to the rear left tyre. Afterwards I was able to overtake two rivals.”

In the GTE Am class, Porsche claimed the third win from the third race. Driving the Porsche 911 GT3 RSR fielded by IMSA Performance Matmut, which is at last year’s technical specification as per the regulations, Frenchmen Nicolas Armindo and Raymond Narac won ahead of Porsche works driver Patrick Long (USA) and Porsche Cup winner Gianluca Roda (Italy) at the wheel of Proton Competition’s Porsche 911 GT3 RSR. With this second victory after Spa, they also moved into the points’ lead.


Statistics: 3rd of 5 races of the Le Mans Series in Imola/Italy

Round four of the Le Mans Series takes place on 11 September in Silverstone/Great Britain.

Contested for the first time in 2004, the Le Mans Series (LMS) is open for sports prototypes and GT vehicles. The regulations are based on those of the Le Mans 24 hour race. Five six-hour races are contested this season throughout Europe.

All race cars start together but are classified separately according to the class. Points are only allocated for placings in each class. Championship titles are awarded for drivers, manufacturers and teams in all five classes. Claiming the title in 2005, 2006, 2009 and 2010, Porsche works driver Marc Lieb is the most successful pilot in the series.
Public Relations and Media Motor and Sports Press Oliver Hilger
Posted by AmigosRacing/MRS GT. at 22:11