Porsche Carrera Cup Deutschland, round 4 on the Lausitzring Commanding second win of the season for Sean Edwards 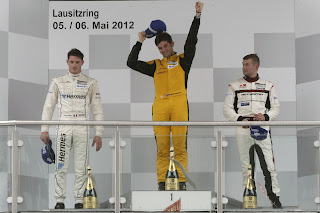 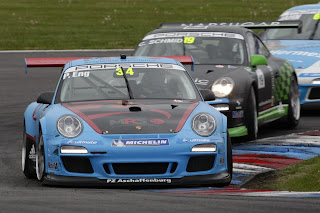 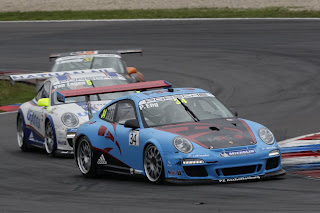 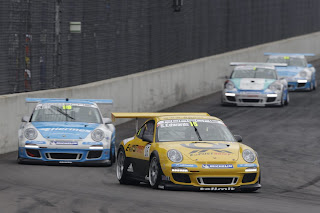 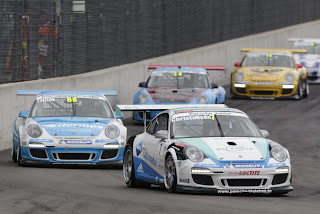 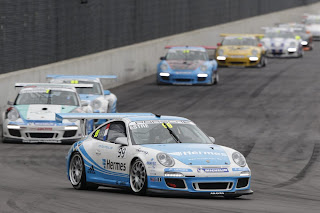 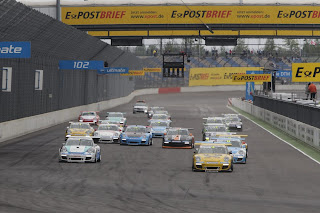 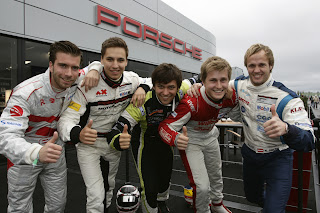 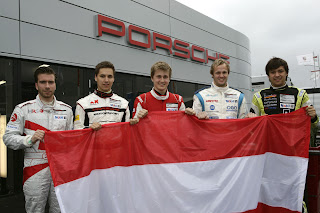 Porsche Carrera Cup Deutschland, round 4 on the Lausitzring


Commanding second win of the season for Sean Edwards

Stuttgart. A perfect start and blocking line heading to the first corner – this was the recipe that Britain’s Sean Edwards (Team Deutsche Post by tolimit) used to claim his second win of the season at the Lausitzring. With a 1.959 second gap, Kévin Estre (France, Hermes Attempto Racing) saw the flag in second. The surprise of the race, however, was Michael Christensen. Driving for Konrad Motorsport, the Porsche Junior underlined his impressive good form with third place and the first podium spot at just his fourth race in the 450 hp Porsche 911 GT3 Cup. Already in qualifying, Christensen turned heads when he topped the time sheets over a long period and only at the end of the session was edged out by two 911 specialists Edwards and Estre.

Taking up the race from third, the 21-year-old Dane drove an immaculate race, although Nicki Thiim was breathing down his neck waiting for the youngster to trip up – in vain. Christensen already belonged to the world’s top league of kart and Formula racing. His successes earned him a place at the Porsche evaluation drive for the Junior programme. Together with Klaus Bachler from Austria, the Dane was chosen in a two-tiered selection process against strong international competition. As part of the support package, the two Porsche Juniors in the Carrera Cup receive financial support and coaching from long-standing professional racer Sascha Maassen at the race events. Porsche has actively run this development series for young talent since 1997 – with success.

The race for seasoned campaigner Sean Edwards ran like straight out of a textbook. In front of impressive spectator numbers on the massive main grandstand, the vice-champion from last year took off from pole position and celebrated a commanding lights-to-flag victory. With this, the winner of race two in Hockenheim moves into second place on the championship table. Edwards is now only five points shy of the leader René Rast (Germany, Team Deutsche Post by tolimit – Team Pole Promotion). Rast, the double champion of the international Porsche Mobil 1 Supercup and winner of the season-opener of the Carrera Cup, yielded only ninth at Sunday’s race two on the Lausitz. Running in fifth place, his attack on Nicki Thiim (Hermes Attempto Racing) failed in the last of 23 race laps: The Dane, who won the third round of the season yesterday, defended himself with everything he had. Both of their 911 went into a spin with Thiim falling back to 17th.

With his second place at the fourth race of the season, Kévin Estre lived up to the high expectations which he had raised after switching to the German one-make cup series as reigning champion of the French Carrera Cup. After two race weekends, the Frenchman now ranks fourth overall and leads the rookie classification for newcomers.

Profiting from the momentous skirmish between Rast and Thiim were Jaap van Lagen (FE Racing by Land-Motorsport), Michael Ammermüller (SWITCH IT Lechner Racing) as well as Philipp Eng (MRS GT-Racing). The Dutchman, the German and the Austrian were thrilled with positions four, five and six respectively. David Jahn from Germany, who replaced the absent Frenchman Nicolas Armindo for Attempto Racing this weekend, yielded a commendable seventh at his first outing this year. Switzerland’s Philipp Frommenwiler clinched his best result of his second Carrera Cup season with eighth place. A frustrated Rast followed in ninth. Carrera Cup rookie Elia Erhart (Marschall Goebel Racing), celebrated his tenth place. The German moved to the Carrera Cup after winning the Seat one-brand series last year.

For the second Porsche Junior, Klaus Bachler, his second weekend driving for the Deutsche Post by tolimit squad did not go at all as he had planned. The 20-year-old Austrian was shunted into another car by an opponent, damaging his radiator in the process. Bachler slid on the leaking fluid at the end of the finish straight, hit the barriers and was out.

Sean Edwards (winner): “That was a perfect race for me, it was like a walk in the park. Kévin’s start was a little better than mine, but I was able to edge him out. From there I controlled the race. It’s important for me to close the gap in the overall standings.”

Kévin Estre (second): “It was a hard race, but it brought a good result and lots of crucial points. In the beginning I could match Sean’s pace, but all in all he was faster than me. But I’m pleased because I didn’t make any mistakes, my race and car ran perfectly. Now I’m looking forward to the race on the Nordschleife – that will for sure be a completely different kettle of fish.”

Michael Christensen (third): “I’m absolutely thrilled about my first podium result in the Carrera Cup. My start was good, but it was not an easy race. Right up to just before the flag I had Nicki Thiim on my tail. But I managed to continue without a mistake. I’m very much looking forward to the next race on the Nordschleife.”

Klaus Bachler (Porsche Junior, retired): “What a disappointing weekend. Even if my retirement wasn’t my fault, it’s annoying. Now I have to learn to let it go and focus on what’s ahead.”

Preview to race 5 on the Nürburgring-Nordschleife

The fifth race of the season will be the race of superlatives: no other circuit is longer and has more corners (88), none is more difficult than the legendary “green hell”. In two weeks, the Carrera Cup Deutschland races as support to the 24 hour classic on the 23.378 kilometre combination of the Grand Prix circuit and the old Nordschleife on 17 to 19 May. The 911 GT3 Cup compete here with a Nordschleife suspension kit. Unlike the other race weekends, this meeting only consists of one championship race, running over four laps (101.512 kilometres) plus a formation lap. Last year René Rast won the spectacular Porsche Carrera World Cup here against over 100 participants from 25 nations. This year the specialist travels to the Eifel as points’ leader, followed by his teammates Sean Edwards and Jaap van Lagen in second and third overall respectively.