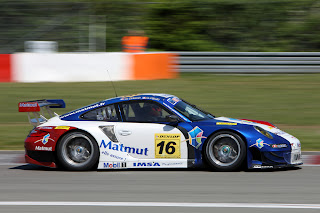 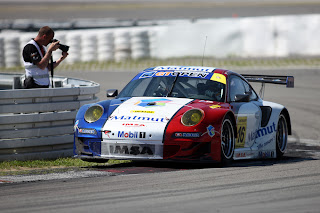 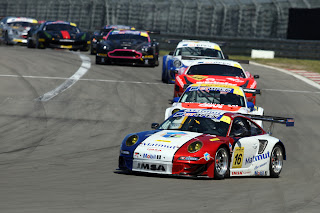 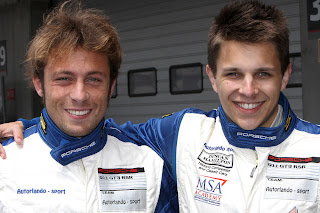 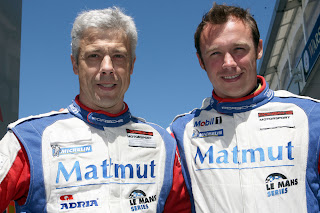 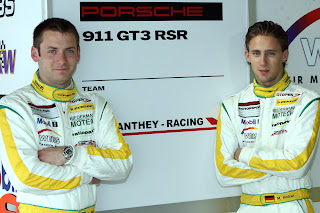 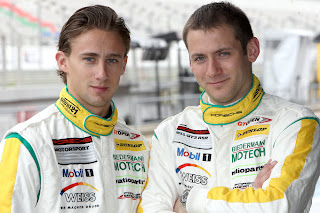 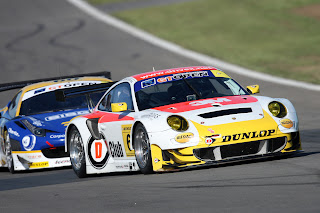 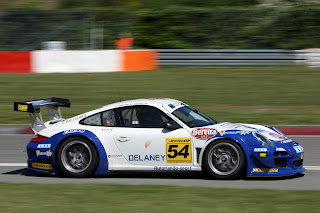 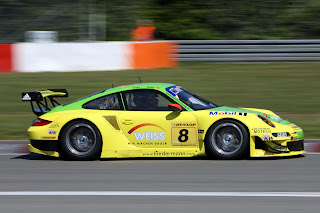 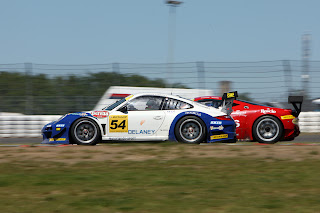 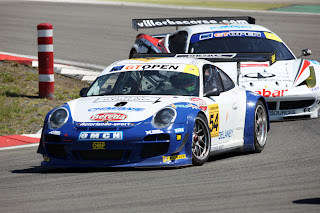 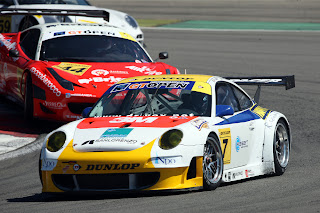 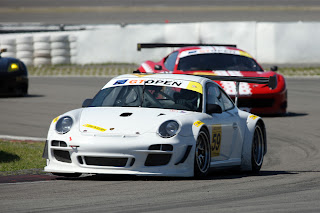 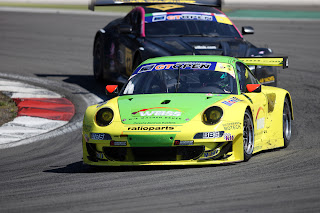 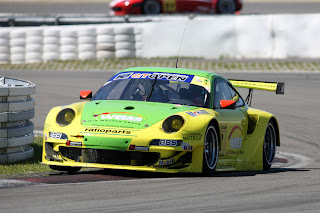 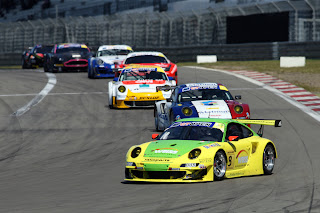 Stuttgart. The International GT Open race on the Nürburgring began very promisingly for Porsche customer teams. With works driver Patrick Pilet and team owner Raymond Narac (both France) at the wheel of the 911 GT3 RSR, IMSA Performance Matmut claimed position three from race three – and with this the second podium spot this season. The winning duo of the first two season races, works driver Marco Holzer (Germany) and Manthey-Racing pilot Nick Tandy (Great Britain) secured valuable points ranking fourth in the 911 GT3 RSR. With this, Holzer and Tandy retain their points’ lead in the drivers’ classification. Pilet/Narac have moved up the table to now rank second. The Austrian Deboeuf Team yielded a second place in the GTS class and seventh overall with the Porsche 911 GT3 R. Porsche leads the manufacturers’ classification.

Positions three and four for IMSA and Manthey Racing respectively are something to be highly valued. Both teams had to spend extra time in the pits: To increase the suspense amongst the front-runners there is a handicap regulation in the race series that hands the top three of the race a time penalty. Because of this, during the driver change between Patrick Pilet and Raymond Narac, the IMSA team had to wait for ten seconds because the Frenchmen had secured second place at Sunday’s race on the Algarve. Marco Holzer and Nick Tandy had a whole 30 seconds to pay for their two Algarve wins. Still, fourth place from the 70 minutes race on Saturday in the Eifel had its upside for the German/British team: For tomorrow’s fourth race of the season, which runs over 50 minutes, the time penalty during a pit stop has now been shortened to 15 seconds.

“It was a good race for us with a perfectly set-up car. Above all, my start from sixth to move up the field into second was just great,” thought Patrick Pilet. “We made it over the distance well with the tyres, although we weren’t allowed to change to new rubber during the pit stop. Raymond’s spin during qualifying made one set of tyres completely unusable. And we need the remaining fresh set for tomorrow’s race. At the end there was a misunderstanding. We didn’t know that the driver ahead of us had been handed a time penalty so we slowed the pace. Otherwise we would have finished in second. Fourth or fifth tomorrow would be good, then we are exempt from the ten second penalty.”

“The race was okay with fourth place at the end,” stated works driver Marco Holzer. “Luckily we don’t get a 15 second handicap for tomorrow’s race. To have to stand for a full 30 additional seconds during a pit stop is really long. I lost a couple of positions at the start, other than that another driver nudged my car, but there were no repercussions. Afterwards, we kept out of any trouble. Tomorrow we definitely want to take a trophy home from the Eifel.”

Seventh place overall for Deboeuf Racing yielded the Austrians second in the GTS class. This category, in which the 911 GT3 R starts, is based on the FIA GT3 regulations whilst the FIA GT2 regulations underlie the Super GT class. The top model of Porsche customer racing, the 911 GT3 RSR, is fielded in this category. Germany’s Marco Seefried and the Austrian Thomas Gruber brought the 911 of the Deboeuf squad home safely. Eleventh went to the Spanish Drivex School team. Sharing the cockpit of the new 911 GT3 RSR are team owner Miguel Angel De Castro and Miguel Amaral from Portugal.