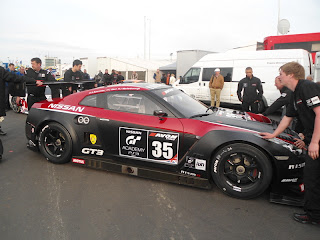 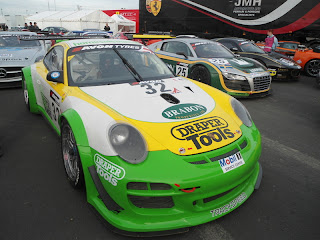 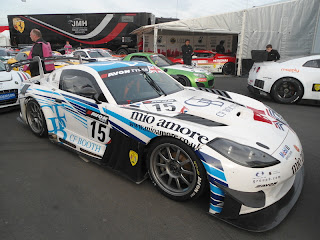 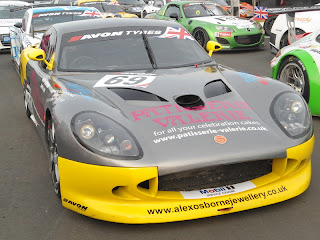 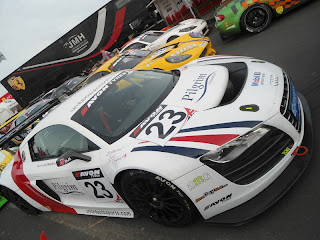 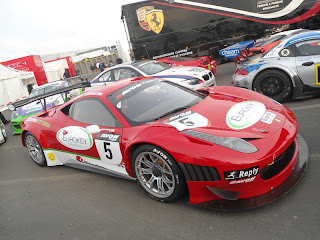 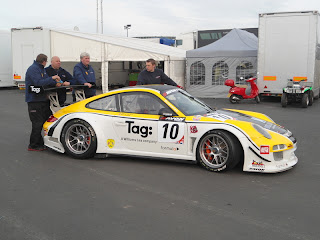 Mardenborough recorded his pole time of 1:43.793 early into what would be a frantic session, with no less than five manufacturers qualifying in the top five places.

By the midpoint, Switzerland’s Danielle Perfetti (Motorbase Porsche) was close behind Mardenborough, and Andrew Howard in the Beechdean Aston Martin V12 Vantage was third. Winner last time out, Alasdair McCaig, looked set for a quick time and duly delivered with a 1:45.122, further proving the prowess of his Ecurie Ecosse BMW Z4.

Ginetta came to the Nürburgring with a number of changes for its two GT3 teams, Optimum Motorsport and Team WFR; making the most of these were talented Brits, Luke Hines and Jody Firth. Hines suffered a broken gearstick during the first part of his fifteen minute session, but his team managed to fix it and send him out to post two quick laps that saw him finish sixth overall with a 1:45.293. Firth was rarely out of the top three and duly finished third, splitting Howard’s Aston Martin and Perfetti’s Porsche.

Quietly getting on with proceedings were David Jones (Preci-Spark Mercedes AMG SLS), Charles Bateman (United Autosports Audi R8 LMS), and Duncan Cameron, who finished as the top Ferrari in ninth. Jones and his twin brother, David pushed hard in their SLS, and Bateman struggled to break the top six, despite giving his all on the 4.6km GP circuit.

Rounding out the top ten was Freddie Hetherington in the JMH prepared Nissan GT-R, who struggled to get heat into his front tyres throughout the session.

After a difficult free practice session where his Ginetta G50 suffered technical difficulties and a puncture, Jody Fannin (Team WFR) was hoping for some good luck in qualifying. Luckily for the teenager, his opportunity for pole was not subjected to anymore issues, but it certainly wasn't straightforward.

Welsh teenager, Jake Rattenbury qualified 22nd overall after switching to race with CWS 4x4 for the weekend in the GTC class. Rattenbury’s regular team, Stark Racing pulled out earlier in the week citing technical problems with its G55. Having got some clear track, Fannin returned with a sensational lap of 1:51.912, positioning directly him on the tail of the GT3 runners.

With minutes counting down on the clock it looked like Cassera and Ticehurst would join Fannin at the top of the GT4 class, however Wenham improved her time by almost three seconds to displace Cassera from second, a sensational achievement in her third GT race; this left Mowle in the Optimum prepared Ginetta third, Ticehurst fourth, and May fifth.

Rounding out the class was Bolisetti’s Lotus which was sporting a JPS style black and gold livery this weekend; L’Espace Bienvenu’s BMW suffered technical difficulties and it didn’t take part in either qualifying session.

With the best of the day’s heat now beginning to disappear, drivers flooded the track as they sought a fast lap. Laying down the marker from the get-go was Jonny Adam in the Beechdean Aston Martin. Denmark’s fastest export, Allan Simonsen was hot on his heels, proving the Ferrari could provide a challenge this weekend. Motorbase’s Michael Caine and Team WFR’s Riki Christodoulou were behind Simonsen, and within 1.5 seconds of Adam’s time.

Trackspeed, noticeable by their absence from the top ten in the day’s first qualifying session were back with a vengeance; Richard Westbrook struck first blood, putting the Porsche second, before Caine struck back.

MTECH’s Matt Griffin had now had an opportunity to get a clear track and posted a time good enough for fifth. However, Griffin’s joy was to be short-lived as Joe Osborne (Trackspeed) jumped the MTECH car and the Ferrari of Simonsen too with a lap of 1:43.047.

Elsewhere George Murrells pushed his Optimum Ginetta G55 to 14th, before being relegated to sixteenth by Marcel Leipert in the Rhino’s Leipert Lamborghini LP600+ and Godfrey Jones’ SLS.

On the up was Alex Buncombe, Mardenborough’s RJN team-mate was having little joy, but his fortunes would change with precious little time to spare. As the clock counted down, Buncombe rolled out two laps, both improvements on his previous best, moving his GT-R to tenth overall, where he would remain until the flag.

By this point, Tandy, in familiar surroundings, took pole with a lap of 1:41.691, making the most of his track time. Adam, Westbrook and Caine had nothing left to give and will start tomorrow’s race from second, third and fourth respectively.

Griffin narrowly kept ahead of the pacey Osborne, and Simonsen held onto seventh by six hundredths from the third Trackspeed car of Harvey. Early frontrunner Christodoulou was happy with ninth, in a much-improved Ginetta G55.

There was little drama in GT4 in the second qualifying session. With the temperature now significantly lower than twenty minutes prior, drivers were taking two laps to produce a hot lap. Making light work of this challenge was the experienced sports car hand, Warren Hughes (Team WFR).  Hughes chose his moment and made it count, having watched Alex Osborne in the APO Sport car top the times initially.

With the Lotus now in the hands of Phil Glew, times tumbled, despite the former BTCC driver having never driven the circuit before. However, Glew’s best wasn’t good enough this time around and he settled for second in class.

Foglio in the Nova Race Ginetta and Mildenhall’s Mazda were separated by over a second, and will line up sixth and seventh in class respectively. Colin White, in his CWS 4X4 GTC Ginetta was an impressive twentieth overall.

Jann Mardenborough, Pole Position, GT3 – Race Three:
"It was a difficult lap to do, but I dragged it out of the car. We made a lot of changes over practice, trying new stuff and gradually got quicker and quicker. Going into qualifying we felt the car was better than at Monza and Oulton, the RJN guys worked really hard and we're thrilled to have our first 'proper' pole position. I won't lie I definitely raced on GT5 before coming here in the wet, and the dry in a GT-R to get my eye in. It definitely helps."

Jody Fannin, Pole Position, GT4 – Race Three:
"We're seriously happy considering the diff went and we had a puncture, but we're really looking forward to the races. Its an amazing atmosphere this weekend, its unreal. I can't believe how many people are here for a Thursday! It'll be great to race here on Saturday."

Warren Hughes, Pole Position, GT4 – Race Four:
"That was great! It was a bit of a tricky session because of a problem earlier in the day meant I didn't get any running in free practice. I've also never raced on this configuration, so it was very scrappy trying to figure that out with the pressure of qualifying and the traffic. I feel there's another half a second to be had there, and we're in good shape for the race. We're happy with whatever the weather provides, we were competitive in Oulton in the wet, and despite the good pace the Lotus has in the wet, Jody and I are a good pairing."