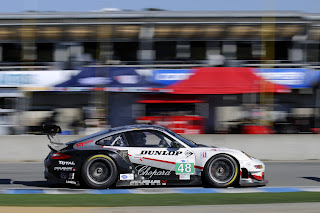 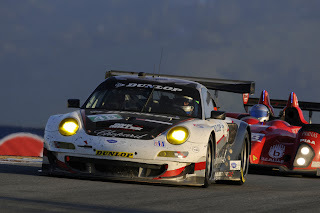 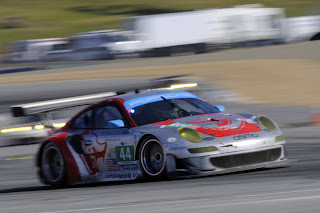 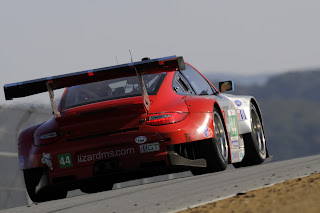 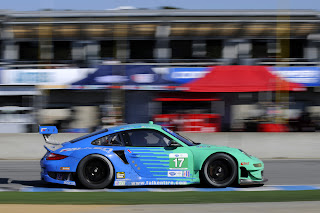 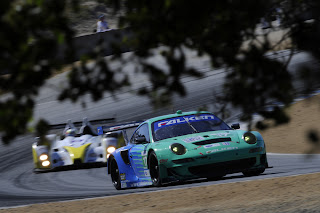 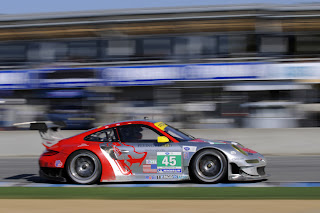 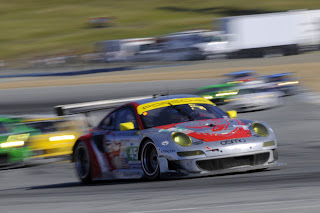 Stuttgart. After a turbulent final phase with spectacular overtaking manoeuvres and several changes in the lead, Porsche works drivers Joerg Bergmeister (Germany) and Patrick Long (USA) finished the six-hour race in Laguna Seca/California in sixth place. At the wheel of the Flying Lizard Motorsports Porsche 911 GT3 RSR, the three-time Laguna Seca winners were on course to victory at the start of the final race hour, but were thrown back by a stop-and-go penalty. At the third round of the American Le Mans Series, Porsche factory pilot Wolf Henzler (Germany) also took the lead after the last pit stop but was unable to defend his position from his pursuers who were on fresh tyres. Driving the Team Falken Tire Porsche 911 GT3 RSR, he and his teammate Bryan Sellers yielded seventh at the flag – in the same lap as the winners.

“The changes on our car are heading in the right direction. We were more competitive here than at the first two races,” said Joerg Bergmeister. “After an ultra-fast final pit stop I was even running ahead of the eventual winners. But a hose in the pit lane made contact with the rear wing when I drove out and I had to come into the pits again for a stop-and-penalty. And that was the end of our race. It’s really disappointing.”

Wolf Henzler also seemed happy with the performance of his Porsche 911 GT3 RSR, which like all Porsche customer team 911 racers was fitted with a new aero kit for the first time. “We were closer to the front today than at Sebring and Long Beach,” he said. “During the final stop we just refuelled but didn’t change the tyres. So this put me briefly in the lead. With my tyres deteriorating I just couldn’t defend myself from the pursuers. In an attempt to overtake me, two of my opponents even nudged the rear of my 911. With this new aero kit our car has made a step forward, but we’re still too slow on the straights compared to the competition.”

In the second Porsche 911 GT3 RSR fielded by Flying Lizard Motorsports, Porsche works driver Marco Holzer (Germany) and team owner Seth Neiman (USA) clinched ninth position. Sascha Maassen (Germany) and Bryce Miller (USA) brought their Paul Miller Racing 911 home in tenth. “I did the start and everything went smoothly in the first stint,” said Marco Holzer. “Our team’s pit stops were super today. I had fantastic duels with the other GT cars. Our aerodynamic update worked well, but we had to adapt our set-up slightly to accommodate it. I’m already looking forward to the next race in Lime Rock.”

Round four of the American Le Mans Series takes place on 7 July in Lime Rock Park/Connecticut.