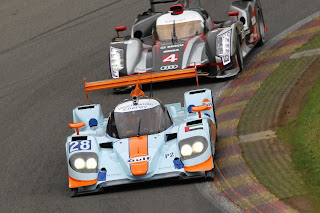 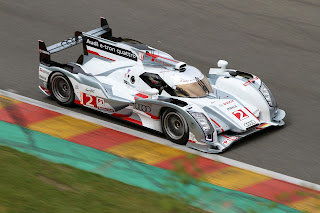 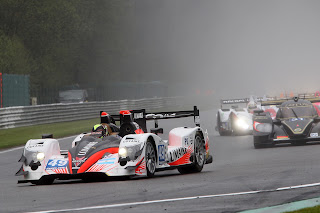 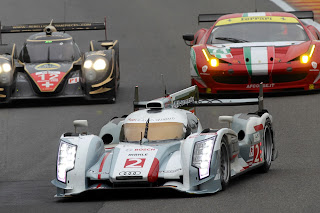 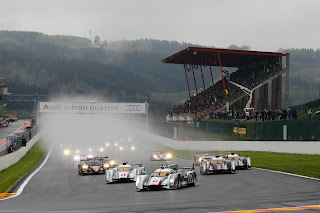 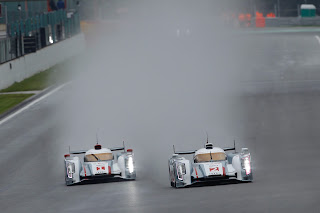 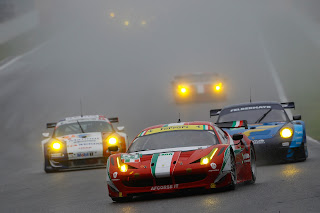 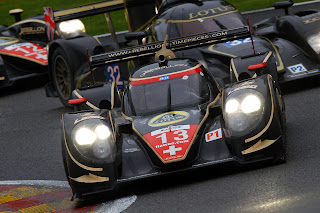 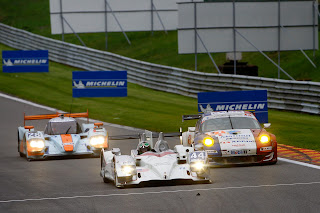 First race and first victory for the new Audi R18 Ultra, a worthy successor to its distant ancestor the R8. Romain Dumas, who won the 24 Hours of Spa in 2003, Loic Duval, who won the 12 Hours of Sebring in 2011 and Marc Gené, who won the 24 Hours of Le Mans in 2009, led much of the race to clinch a victory for the first time together as a driver crew.
The last hour was relatively calm, drivers were careful to stay on the track and pass the chequered flag, but that did not prevent Marcel Fässler from setting the fastest lap with the Audi #1 twenty minutes before the end of the race, a few minutes after an unexpected pitstop due to a puncture. The Audi #2 has meanwhile sentenced to a stop and go for non-compliance with the refueling procedure. Behind the Audi #3, #1, #4 and #2, the two Lola-Toyotas of Rebellion Racing finished one behind the other in fifth and sixth places ..
No change at the top of the LMP2, LMGTE Pro and LMGTE Am: the final ranking reflects the standings after five hours of racing. The Zytek-Nissan #38 de Jota in LMP2, the Porsche #77 of Felbermayr-Proton in LMGTE Pro and the Porsche #67 of IMSA Performance Matmut.
FIA/WEC.
Posted by AmigosRacing/MRS GT. at 00:50