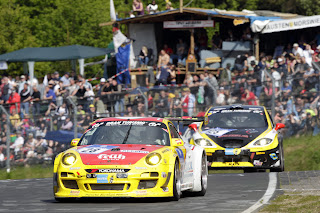 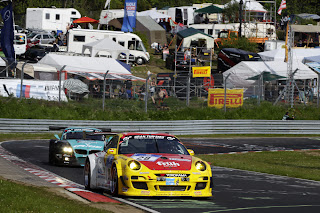 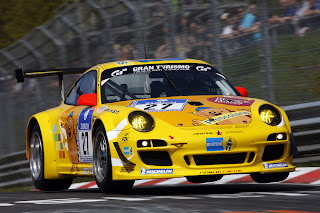 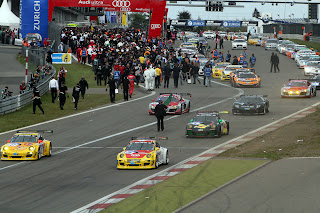 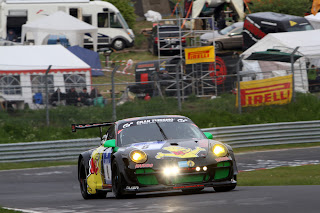 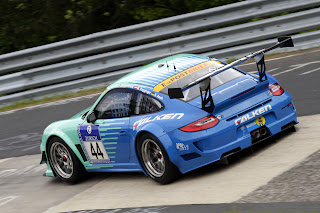 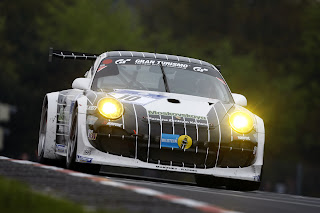 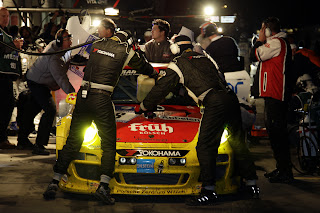 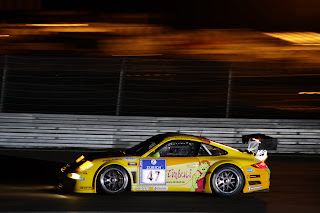 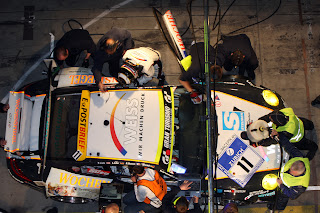 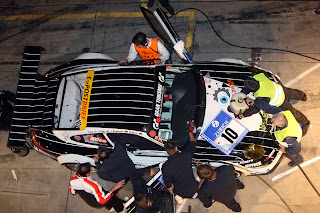 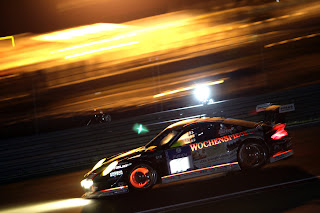 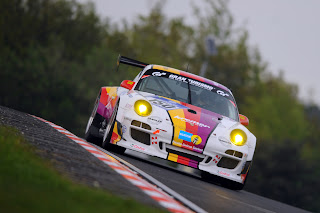 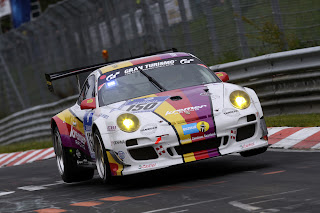 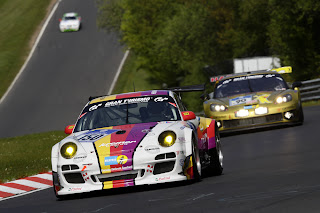 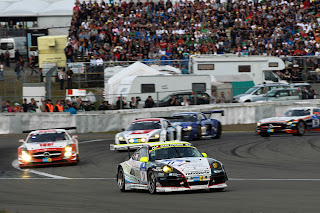 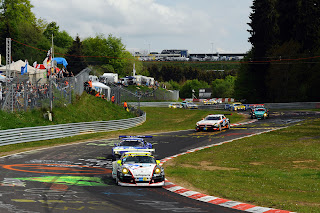 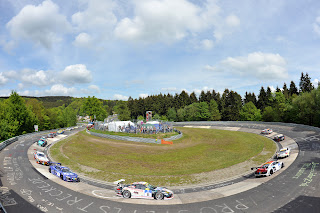 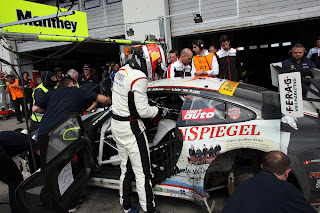 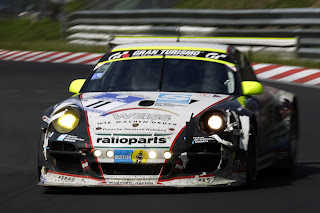 Stuttgart. After five overall victories in six years, the long distance classic in the Eifel did not run smoothly for the Porsche customer teams at the 40th anniversary. The best-placed Porsche 911 GT3 R, fielded by Frikadelli Racing Team, saw the flag in sixth place in front of a record 235,000 spectators. In contrast, the fastest squad in qualifying, the Wochenspiegel Team Manthey, experienced an exceptionally difficult race with a tragic final moment.

The works drivers Marc Lieb (Germany), Richard Lietz (Austria), Romain Dumas (France) and Manthey-Pilot Lucas Luhr (Germany) crewing the 911 GT3 R of the Wochenspiegel Team Manthey suffered several setbacks over the course of the 24 hours. When rain set in during the night, Lucas Luhr damaged the front of his 911 when he slid briefly off the track. Moreover, the team lost valuable time in the pits because, due to a problem with a sensor, the vehicle sometimes did not start straight away. In the morning came another standstill in the pits because a flat tyre caused the brake line to sever. Still, in the final phase of the race a podium spot was within reach.

Romain Dumas fought off attacks from the trailing Mercedes. Just before the finish line he had to brake because he was several seconds off the 24 hours and he did not have enough fuel onboard to drive another fast race lap. After crossing the finish line, the engine died and could not be restarted immediately. Unfortunately, another driver did not see the 911 standing on the side of the track and hit the rear at high speed. This meant that the Wochenspiegel 911 could not complete the last lap and hence was not classified.

Klaus Abbelen’s (Germany) Frikadelli-Team was thrilled with sixth place overall at the end of a faultless race. “Generally, we just refuelled, refilled the oil and water and changed the tyres,” summarised the Eifel veteran Abbelen. “Unfortunately we misjudged during the night. We fitted intermediate tyres during a pit stop, but then the rain became heavier and we had to put in another pit stop. That threw us back a lap. But we had great fun and are totally delighted with sixth place.” Celebrating the success with him are the three other drivers Sabine Schmitz, Christopher Brück (both Germany) and Patrick Huisman (Netherlands).

The second best Porsche team was Timbuli Racing with another 911 GT3 R. After suffering tyre damage early on and a collision, the rest of the race ran smoothly for Marc Hennerici, Marco Seefried, Dennis Busch (all Germany) and Norbert Siedler (Austria). “We are totally happy with the result,” said Norbert Siedler.

The Porsche competing in the less powerful SP7 class also put in a fine performance. First in this category and 13th in the overall classification went to the crew of Kremer Racing with the all-German line-up of Wolfgang Kaufmann, Altfrid Heger, Dieter Schornstein and Michael Küke. The team fielded a 911 GT3 KR, their own construction which is based on a Porsche Cup vehicle.

Bad luck plagued the four-man driver crew of Manthey-Racing with works drivers Marco Holzer (Germany), Joerg Bergmeister (Germany) and Patrick Long (USA) as well as the Manthey pilot Nick Tandy (Great Britain). Taking up the race from just 21st, they drove consistently good lap times without suffering any technical hiccups with the 911 GT3 R to move into fifth. They were lying within striking distance of a podium result when Nick Tandy lapped a slower vehicle on the finish straight and was hit. “I was already alongside him when the driver suddenly swerved and forced me into the wall,” Tandy said.

After extensive repairs, the 911 rejoined the race but had to retire shortly afterwards when the engine temperature rose rapidly as a consequence of the radiator being damaged in the crash. “That is annoying,” said Marco Holzer. “I really enjoyed the race. The double stints during the night were incredibly exhausting but our car ran beautifully. But around the race track there were more ‘road works’ than on a normal motorway where fences and barriers were being repaired due to the many accidents.”

In the early morning hours at 2:30 a.m. the Falken Motorsport 911 GT3 was out. Sebastian Asch (Germany) was in the Flugplatz passage when rain set in and he lost control of the 911. The impact damaged the car so badly that the ambitious squad had to throw in the towel at just on half distance. “Obviously we’re disappointed,” stated Wolf Henzler (Germany), who shared the Falken Porsche with Asch, Peter Dumbreck (Great Britain) and Martin Ragginger (Austria). “We took up the race from 40th, had no problems whatsoever and were lying within reach of a top ten placing when the accident happened.”

“Only in the Green Hell can you write race history this thrilling,” summed up Porsche Head of Motorsport Hartmut Kristen. “Still, I’m impressed with the great job our customer teams have done and they never gave up. Congratulations to the Frikadelli Racing team. They drove a trouble-free race and are the best placed Porsche team this year.”