Audi DTM: Quotes after the race at the Lausitzring 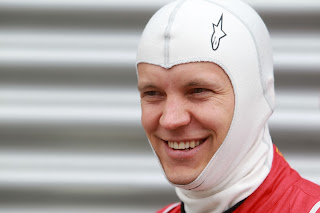 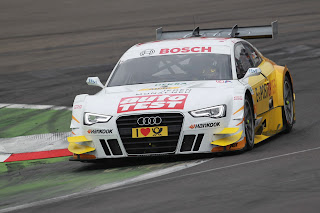 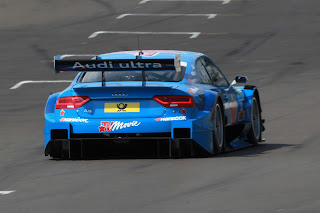 Dr. Wolfgang Ullrich (Head of Audi Motorsport): "It was a very tough race. Unfortunately, we didn’t find the overall performance we’d been hoping for. In the case of Timo (Scheider) and Mattias (Ekström) we tried something between warm-up and the race - I think that was a step in the right direction. But we’ve got to use the two weeks between now and the next race at Brands Hatch to be in contention for victory there again."

Mattias Ekström (Red Bull Audi A5 DTM), 5th place
"Naturally, it’s a nice thing to be the best Audi driver. Fifth place isn’t perfect but we scored important points for the championship. We’ve got to continue to work hard in order to have a better pace at the next race weekend."

Timo Scheider (AUTO TEST Audi A5 DTM), 6th place
"It was a good race. I had a really good start; there was a bit of commotion in turn one. Performance was good afterwards, I moved forward with a few overtaking maneuvers and a good strategy. In the end, I caught Mattias (Ekström) and that meant I couldn’t advance any more. We had a nice fight. I’m glad to be taking a few points home."

Edoardo Mortara (Playboy Audi A5 DTM), 8th place
"These were the first points for me this season. I’m a bit disappointed about the result. After the start, we were running in fourth place but unfortunately I wasn’t able to maintain this position. It was a difficult race for me and we know that we’ve got to improve."

Filipe Albuquerque (TV Movie Audi A5 DTM), 9th place
"I started from eleventh place and finished in ninth. The team had a good strategy and quick pit stops. I was a bit faster than Edo (Mortara). For the future, I need to concentrate more on qualifying in order to have a better starting base for the race. But I’m happy that I was able to score points here again."

Mike Rockenfeller (Schaeffler Audi A5 DTM), 13th place
"My start wasn’t very good but until turn one everything was okay. Then I was slightly hit in the rear, unfortunately had to open up the steering, ran a curb and made a huge jump. Something on the car probably got damaged in the process. We lost a few places. Afterward, there was no pace in the car anymore. Unfortunately, we also had a problem at the second stop and lost points. A race to forget. Now we need to look ahead - to the next race at Brands Hatch."

Miguel Molina (Red Bull Audi A5 DTM), 15th place
"The race was not as good as we’d been hoping for. Our pace was good but we made a mistake at the first pit stop. I gave my best, tried to be quick and to overtake a few rivals. I’m hoping for the next race to be better."

Adrien Tambay (Audi ultra A5 DTM), 18th place
"It was really a tough race. My pace at first was good but then the situation really became difficult. I had a lot of problems with the car and had my hands full. My A5 in the race was not comparable to the car in practice and qualifying. We need to analyze now what happened."

Rahel Frey (E-POSTBRIEF Audi A5 DTM), 20th place
"For me, the race ended the weekend on a positive note. Toward the end we had a great pace and superb pit stops. After the jinxed qualifying and poor free practice, this was satisfactory. I’m hoping to be able to continue this way at Brands Hatch."

Hans-Jürgen Abt (Team Director Audi Sport Team Abt Sportsline): "You could tell that we were lacking pace. We fought hard for positions. Fifth and sixth place are improvable. We advanced with both cars from positions eight and twelve. This is only the second round and we’ve got to continue to work hard on further improving our speed in the race."

Ernst Moser (Team Director Audi Sport Team Phoenix): "Congratulations to BMW on achieving victory at the second race. For us, it was clearly a disappointment. Both cars started in the top ten and finished in 13th and 15th place. After the starting lap, both cars lost positions. The pit stops didn’t work out; that’s why we hit traffic with both vehicles. We need to analyze this and see where we can improve, find a bit more race speed and attack again next time."

Arno Zensen (Team Director Audi Sport Team Rosberg): "A difficult race. The expectations I pinned on Edo (Mortara) had been a bit higher. Having both cars in the points is positive as well as the fact that both vehicles are not damaged. That was important. ‘Well done’ to the squad that has been working hard over the past few months."
Audi Sport.