An opening round with many attractions 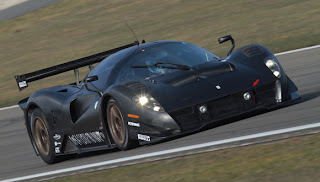 An opening round with many attractions

The VLN Langstreckenmeisterschaft Nürburgring will have a start at its best. The opening round on 2nd April will be full of unique attractions. With Kremer-Racing from Cologne, one of the most traditional German racing teams will come back to racing at the 58th ADAC Westfalenfahrt. Furthermore, the four times DTM race winner at the Nürburgring Nicola Larini will celebrate a comeback at the Eifel circuit and compete in the P 4/5 Competizione of the Scuderia Cameron Glickenhaus. The Italian race driver will be supported by celebrities such as former formula 1 start Mika Salo, Luca Cappellari and Fabrizio Giovanardi. The fantastic field will be completed by a comprehensive armada of new and spectacular Mercedes-Benz SLS AMG GT3 with four customer teams which are well prepared and looking forward to chase for top positions in the VLN. Not to forget last year’s winning team of the ADAC Zurich 24h Race. Schnitzer Motorsport will compete with two completely updated BMW M4 GT. Finally and to the great pleasure of the true VLN fans, the new ‘Eifelblitz’ BMW of Johannes Scheid who is really experienced in racing at the Nürburgring will have its first race participation. The organising ADAC Westfalen expects more than 190 cars to take the start over the four hours race distance at 12 o’clock exactly. The prizegiving ceremony will take place at 18:00hrs in the ring°boulevard. A 30 minutes summary of the opening round will be broadcasted in channel Sport1 on 13th April at 17:30hrs.

The number of top teams has clearly increased compared to last year. Whilst Porsche will remain to be the strongest make and, with Manthey-Racing, has a top team in the fight about the race win, their competitors have not taken a rest during winter and did certainly catch up. The very competitive spearhead with Timo Bernhard (Dittweiler/ Germany), Lucas Luhr (Switzerland) and Arno Klasen (Karlshausen/ Germany) in a Porsche 911 GT3 R will be much challenged by not less than seven brand-new SLS AMG GT3. The compositions of the crews sound extremely attractive. Chris Mamerow (Castrop-Rauxel/ German) will race together with Armin Hahne (Wimbach/ Germany). The team mates of Kenneth Heyer (Wegberg/ Germany) in the Black-Falcon gullwing race car will alternatively be Thomas Jäger (Munich), Jan Seyffarth (Querfurt-Leimbach/ Germany) and Jeroen Bleekemolen from the Netherlands. Amongst others, former DTM driver Hubert Haupt as well as Roland Rehfeld (Blankenfelde/ Germany), the person of many talents in motor sports, have been entered in the two ROWE-SLS. Finally, driver and team manager David Horn (Steinbach/ Germany) will race in a team with Sascha Bert (Ober-Ramstadt/ Germany).

Whilst the SLS AMG GT3 will still have to prove their ability to win, BMW Motorsport will arrive at the Nürburgring with a great portion of self-confidence. With Uwe Alzen (Betzdorf/ Germany), Augusto Farfus (Brazil), Jörg Müller (Monaco), Andy Priaulx (Great Britain), Dirk Müller (Switzerland) and Dirk Werner (Würzburg/ Germany), top drivers from all over the world will be at the start of the opening round and in preparation to defend their title at the long distance classical race. The local heroes entered by the Team Phoenix-Racing from Meuspath near the Nürburgring will also take part with two cars. These two Audi R8 LMS will be driven by Jan Brunstedt (Sweden) and Marc Hennerici (Bonn/ Germany) as well as by Christopher Haase (Kulmbach/ Germany), Andrea Simonsen (Sweden) and Marc Bronzel (Großensee/ Germany).

An absolute eye-catcher is coming fro Italy: The N.Technology P4/5 Competizione of the Scuderia Cameron Glickenhaus. This great super sports car will be driven by Mika Salo (Finland), Luca Cappellari, Nicola Larini and Fabrizio Giovanardi (all from Italy) at its world premiere. The project around the American financer and car collector Jim Glickenhaus has already attracted a lot of attention in advance. The team is highly motivated and it will be exciting to see how the four true race drivers will perform with the P4/5.

Two comeback: Kremer Racing and the ‘Eifelblitz’
With Kremer Racing, one of the most successful German racing teams will have a comeback in motorsport after a break of 15 years. To the great pleasure of many fans, the team from Cologne will be represented on the grid with a Porsche 911 GT3 in class SP7 (VLN Special up to 4000 cc cubic capacity), driven by endurance racing expert Wolfgang Kaufmann (Molsberg/ Germany). And another comeback will make the hearts of the spectators around the Nordschleife beat faster. The ‘Eifelblitz’ of Johannes Scheid (Kottenborn) who is so experienced in racing at the Nürburgring is back again. The BMW M3 entered in the class of GT4 cars will be driven by Duncan Huismann from the Netherlands.

Strong classes will cause quite a stir in the mid-field
Two classes will be extremely interesting due to their number of entries: the class SP3T (VLN Special up to 2000 cc capacity with turbocharger) and the class of the Renault Clio Cup. Both together they come up to almost 50 cars and thus represent about a quarter of the grid. Whilst the Clios in the Renault class will be almost identical regarding technology and material, there is a really great variety in class SP3T which figures cars such as Audi TT, Opel Astra OPC, Seat Leon as well as Volkswagen Golf and Scirocco. The Champion of the 2011 season may well come from one of these two classes due to the successful classification criteria in the VLN Langstreckenmeisterschaft Nürburgring which is based on the motto ‘The more competitors, the more honour’.

The Diesel class D1T (Diesel cars up to 2000 cc capacity) will also figure some newcomers. VLN partner Peugeot has entered two new RCZ HDi in this class. These Diesel cars from France have scored a great success at the ADAC Zurich 24h Race Nürburgring and now wish to prove their reliability over the complete season.

Prizegiving in the ring°boulevard
After the successful public event during the test and set-up session, the VLN has decided to also organise the future prizegiving ceremonies at the ring°boulevard. Just in front of the impressive video wall ring°wall, the successful drivers in the various classes will be awarded their prizes at 18:00hrs after each race. Refreshments will be available and all the fans of the series are of course welcome to join the event and celebrate the successes together with the winners.

The opening round of the VLN Langstreckenmeisterschaft Nürburgring will start with the timed practice between 08:30hrs and 10:00hrs. The start of the 58th ADAC Westfalenfahrt over the distance of four hours on the 24.369 kilometres long combination of the Nürburgring short connection and the Nordschleife will then be given exactly at 12 o’clock. Entry all around the Nordschleife is free. A fee of 12 euros per person shall be payable for the open grandstands at the Grand Prix Circuit and for admission to the paddocks.

Email ThisBlogThis!Share to TwitterShare to FacebookShare to Pinterest
Labels: www.vln.de