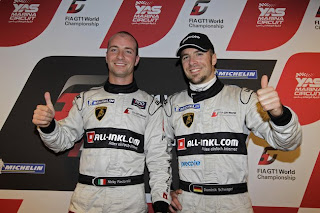 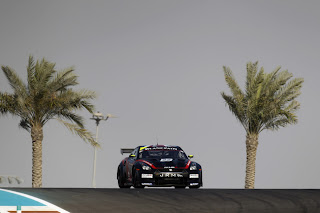 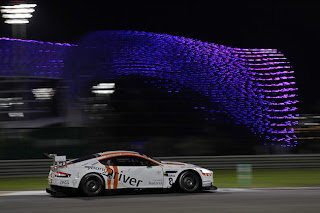 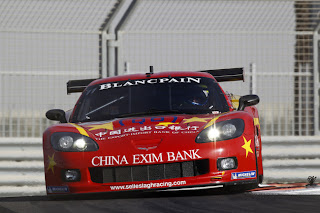 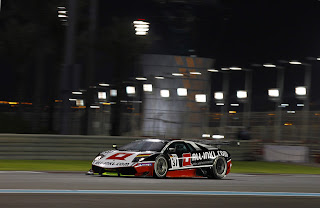 Nicky Pastorelli and Dominik Schwager scored a maiden pole position for the All-Inkl.com Muennich Motorsport team when Pastoreli set the fastest time of the weekend so far in the nr37 Lamborghini Murcielago 670 R-SV. The five brands competing in the 2011 Championship were all represented in the top 6, with the Stefan Mucke and Darren Turner claiming a front row position in the Young Driver Aston Martin alongside the Lamborghini. Row two is headed by the Marc VDS Ford GT of Maxime Martin and Frederic Makowiecki with the second Young Driver Aston of Tomas Enge and Alex Muller in 4th. The Team Exim Team China Corvette of Mike Hezemans and Nicky Catsburg was 5th with the JR Motorsport Nissan GT-R of Peter Dumbreck and Richard Westbrook alongside meaning all five brands are represented on the first three rows and covered by 0.4 seconds.

Q1 was topped by the Aston Martin DB9 of Stefan Mucke, the German holding off the challenge of David Brabham in the nr21 Sumo Power Nissan GT-R, with Pastorelli posting the 3rd fastest time. In Q2 Dominik Schwager was fastest, edging out the nr7 Young Driver Aston of Tomas Enge, with Turner in 3rd. The nr38 All Inkl Lamborghini had gearbox problems that forced Marc Basseng into retirement and Jamie Campbell-Walter also failed to qualifying for Q3, the only NIssan that failed to make the last eight.