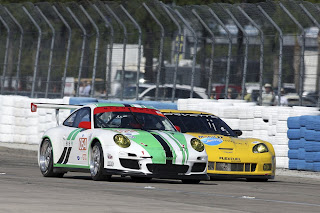 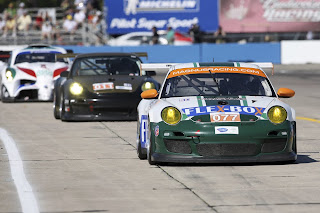 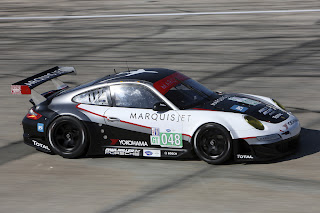 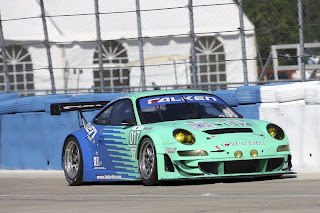 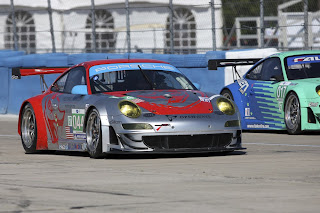 Stuttgart. At the wheel of his Porsche 911 GT3 RSR, Porsche works driver Richard Lietz secured an excellent grid position for the Sebring 12 hour race. In qualifying for the oldest sports car race in the USA, which kicks off this year’s American Le Mans Series on Saturday, Lietz posted the quickest time in the newly-created GTE-AM sports car class in the 911 GT3 RSR fielded by Proton Competition. In this class, the regulations permit one professional race driver only per vehicle. His teammates are Christian Ried (Germany) and Italy’s Gianluca Roda.

“In the lap where my tyres had the best grip I didn’t get a free run, otherwise I could have been another tenth of a second faster,” said Richard Lietz. “But still, our team is totally happy with the best time in the GTE-AM class at our first outing in Sebring.”

“Over the last few days we concentrated on finding a good race set-up,” Joerg Bergmeister said. “For the qualifying we tried out a couple of changes, but they didn’t work. I’m obviously not entirely pleased about sixth on the grid, but it’s more important to have a consistently fast car at a twelve hour race than a good grid position.”


This is the American Le Mans Series

GT class: This most popular class amongst car manufacturers is traditionally very well supported: Slightly modified standard sports cars with 440 to 460 hp and a minimum weight of 1,125 – 1,325 kilograms (e.g. Porsche 911 GT3 RSR).
GTE AM class: Like the GT class, but the regulations require that each vehicle must have one professional driver at the most.
GTC class: This class is reserved for vehicles from one-make race series (e.g. Porsche 911 GT3 Cup).
LMP1 class: Sports prototypes with up to 750 hp and a minimum weight of 900 kilograms (petrol engines) or 930 kilograms (diesel engines).
LMP2 class: Sports prototypes with ca. 440 hp and an 825 kg minimum weight.
LMPC class: Prototype brand trophy series for the ORECA FLM 09.

All race cars start together but are classified separately. This ensures racing that is exciting and constantly changing with many overtaking manoeuvres. Points are awarded only for placings in each class.


Please note: Images of the American Le Mans Series are available for accredited journalists from the Porsche Press Database under the internet address https://presse.porsche.de. On this website you can also register for the Porsche Motorsport SMS Info Service to receive the latest news and information from race tracks around the world via text messages.