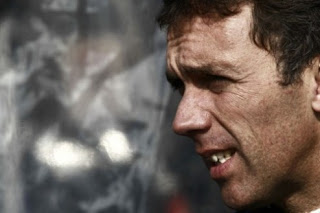 Swiss Racing Lamborgini has confirmed that Peter Kox will race for the team in the opening GT1 race of the season in Abu Dhabi.

The Dutchman will partner Austrian driver Karl Wendlinger in the Lamborghini Murcielago at the Yas Marina Circuit.

Kox is no stranger to Lamborghini or Yas Marina having raced the car successfully in last year’s inaugural GT1 season for Reiter Engineering. He also won the ADAC GT Masters title with Albert Von Thurn und Taxis in a Reiter Lamborghini Gallardo.

“We are glad to have Peter in the team because he is a great driver and has a lot of racing experience in Lamborghini’s,” said Othmar Welti, Swiss Racing Team Principal.

The team’s fourth driver, to share the cockpit with Swede Max Nilsson in the sister car, will be announced before the Abu Dhabi race which takes place 25-26 March.