Porsche Mobil 1 Supercup, round 6 at the Formula 1 race in Silverstone/Great Britain Third win of the season and points’ lead for René Rast 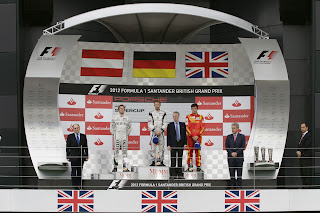 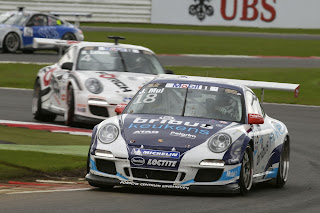 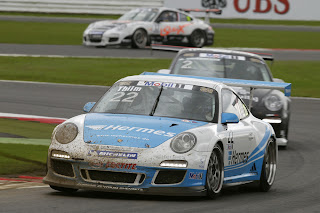 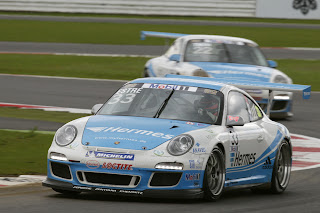 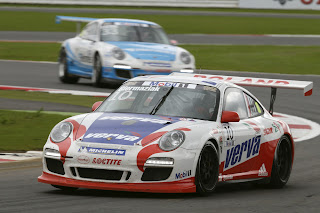 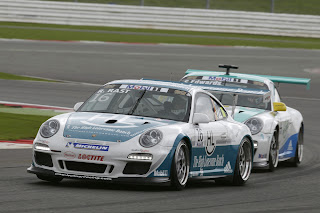 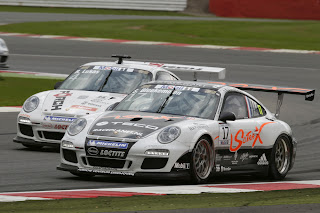 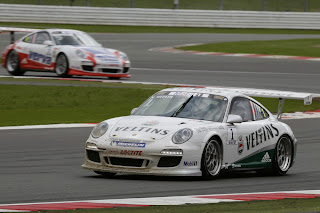 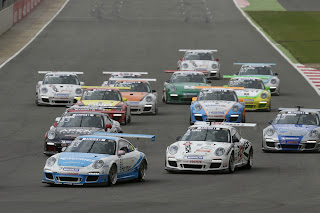 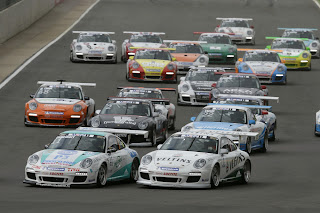 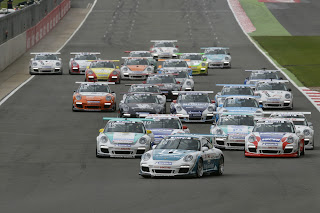 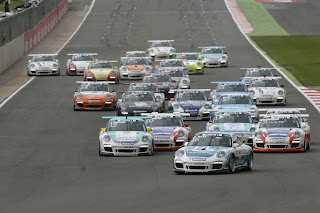 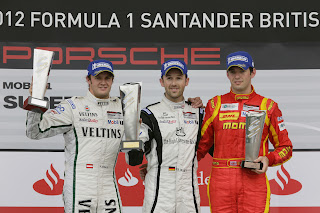 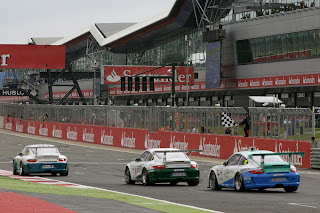 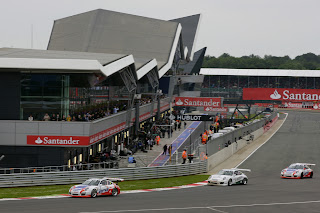 Porsche Mobil 1 Supercup, round 6 at the Formula 1 race in Silverstone/Great Britain


Third win of the season and points’ lead for René Rast

Stuttgart. The Porsche Mobil 1 Supercup has a new points’ leader: After claiming his third victory of the season at Sunday’s race at Silverstone, René Rast (Germany) moves to the top of the championship of the world’s fastest one-make race series. At the wheel of Lechner Racing’s Porsche 911 GT3 Cup, which is based on the street-legal lightweight 911 GT3 RS sports car, the title defender crossed the finish line in first, 0.415 seconds ahead of Austria’s Norbert Siedler (VELTINS Lechner Racing). Third place was snatched by Konrad Motorsport pilot Sean Edwards from Britain.

On the tradition-steeped British circuit, the title fight for the Porsche Mobil 1 Supercup comes to a head. René Rast, whose pole-setting time was revoked by the stewards of the meeting for exceeding the track limits during his fastest lap, made a catapult start to immediately grab the lead. Whilst last year’s winner pulled away from the rest of the field, his pursuers fought for positions. René Rast’s lights-to-flag victory, however, was not easy: In the final phase of the race, which contrary to expectations was contested on a dry track, Sean Edwards first caught the front-runner, with Norbert Siedler later joining the leading duo. In a final dash, the Austrian then pulled out all stops and in the penultimate lap swept past Sean Edwards to snatch second place at the flag.

In the championship, René Rast now leads the series by one point over Edwards and Norbert Siedler sharing the same points tally. Incidentally, last year Rast claimed the lead in Silverstone with a win – at ultimately took home his second Supercup title.

Taking up the race from pole position, Polish pilot Kuba Giermaziak (VERVA Racing Team) was out of contention for the lead. After a fluffed start, he found himself in fourth just ahead of his compatriot and teammate Patryk Szczerbinski, who with fifth yielded his best result so far in the Porsche Mobil 1 Supercup as the best Supercup newcomer. Sixth place went to Frenchman Kévin Estre (Hermes Attempto Racing) ahead of two Supercup rookies Michael Ammermüller (VELTINS Lechner Racing) and Nicki Thiim (Hermes Attempto Racing).

Christian Engelhart had to leave the track empty-handed: Driving for Konrad Motorsport, the German was running amongst the front-runners only to slide into the gravel with tyre problems five laps before the flag. With this, the German also lost contact to the championship favourites.

René Rast (winner): “That was a perfect race. Despite making a clean start and putting some space between me and my pursuers, I knew right from the start that it wouldn’t be easy. Unlike my rivals I didn’t have any new tyres at my disposal, and especially here in Silverstone that can make all the difference. And I noticed this. Sean was able to drive a much tighter line, he could brake later and hit the throttle earlier. I had to defend my position, so I tried out different lines and I’m pleased that it was enough to get me to the flag first.”

Norbert Siedler (second): “From fifth on the grid to second at the flag, I’m happy with that. I think I might have surprised Sean with my overtaking manoeuvre shortly before the finish. The points I earned are crucial towards the championship. Now we’re focussing on Hockenheim where it’ll be ‘max attack’.”

Sean Edwards (third): “I was quite fast early on with fresh tyres and could catch René. With an eye on the championship I wasn’t prepared to risk too much so I settled in behind him. Actually, there wasn’t really a chance to overtake anyway. Norbert’s move just before the flag took me by surprise. In fact, I almost lost control of my car.”

* The race in Barcelona was cancelled, however, the extra points for pole position were still awarded.

Hockenheim: Preview to the 7th of 10 races on 22 July
On the Hockenheimring, Porsche celebrates its 20th anniversary, “20 years Porsche Supercup”, on 22 July with drivers and teams. The actual race promises to be hugely entertaining. René Rast travels to his home race as the new points’ leader of the world’s fastest international one-make race series. Trailing the title defender and points’ leader by a mere one point are Sean Edwards and Norbert Siedler. The situation alone is a guarantee of a gripping anniversary race. Another highlight, however, is the guest appearance of ex-Formula 1 pilot Nick Heidfeld against the Supercup specialists. As always, TV station Eurosport and Sky broadcast the race live.