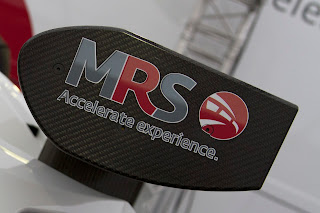 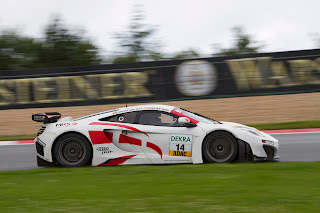 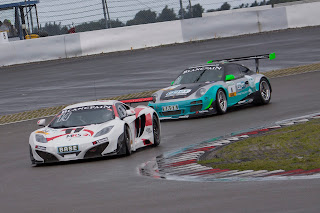 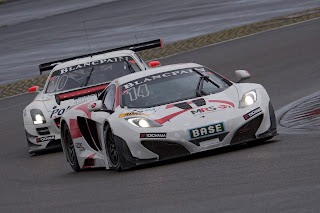 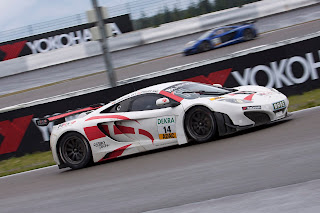 Last weekend the MRS team started on the ADAC GT Masters weekend at the Nürburgring on the platform of the Truck GP. On the fourth run Christian Ott and Philipp Eng were sharing the work behind the steering wheel of the McLaren.

On Friday morning they started with wet conditions on the track and both drivers got used to the track conditions. In the second free practice Philipp Eng could position himself on P6 on wet conditions, but unfortunately Christian Ott could not improve himself on a drying track and dropped back to position 18.
During qualifying the rain stopped, but the track was still wet. Christian Ott was the first to drive his laps on the Nürburgring and at the end he was on position 28. In the second section of the qualifying Philipp Eng profited of the drying track and achieved 17th position.

The first race the MRS team started from the 14th row. The starting field, including 40 cars, was started behind the Safety car. After the race has been enabled Christian Ott could drive forward to P22. Unfortunately a puncture to the right rear tyre and a pit stop avoided all chances on a top position. Despite of difficult conditions the team decided to get on slicks for the second part of the race. For all effort and top lap times of Philipp Eng, at the end it was only enough for P35.

The race on Sunday again took place under difficult conditions. Philipp Eng started on wets and could improve himself to position 15 when he went into the pit to the regular pit stop, where in addition to the driver change a new set of wets should be mounted. However at the pit stop there was a problem with a wheel lock which cost a few positions. Christian Ott dropped back to position 27, but until the end of the race thanks to very good lap times he improved himself on position 25.

Karsten Molitor: „Even if the result on the paper does not look good, we are very satisfied with the race weekend. The conditions here at the Nürburgring were not really easy and additionally we made a mistake at the pit stop. But for the first time of this season the McLaren went problem-free and finally showed the performance, which will make it possible to fight for Top 10 positions by our own strength. Now we have to analyze the mistakes, so that the result of the race looks good on paper at the next race at the Red Bull Ring.”

Your MRS GT Racing Team.
Posted by AmigosRacing/MRS GT. at 12:20