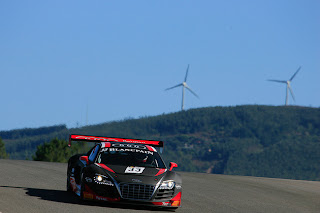 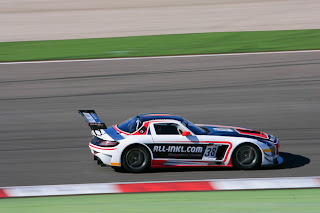 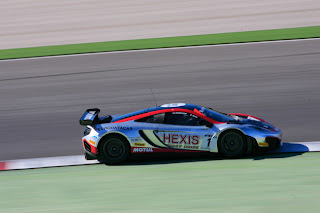 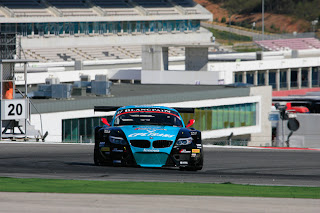 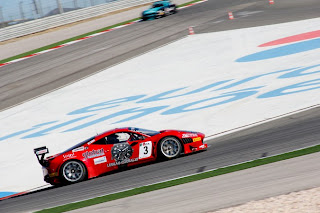 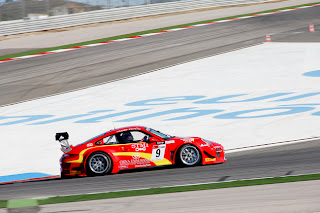 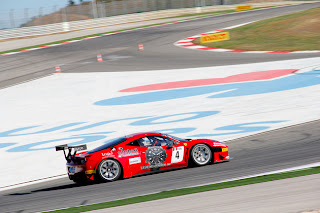 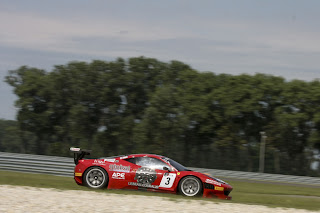 Filip Salaquarda (CZE) and Toni Vilander (FIN) in the AF Corse Ferrari 458 Italia No.3 secured pole position for today’s Qualifying Race with a commanding performance in Qualifying at the Autódromo Internacional do Algarve in Portugal.

The duo, who had set the quickest time overall in yesterday’s Free Practice, were ninth tenths of a second clear of the rest of the field with a best lap of 1:44.730.

“We’re obviously very happy, we’ve been working hard on the car all weekend and it’s paid off so far,” Vilander said. “We managed to keep a good pace, this also happened in Free Practice yesterday which is promising.

“Now we look forward to the race, we’re interested to see how we perform against our rivals. I think we’ve overcome some issues we’ve had in previous races but I think our main challenge here is tyres.”

Francesco Castellacci (ITA) and Enzo Ide (BEL) made it an all-AF Corse Ferrari front row by finishing second to their team-mates in 1:45.630.

“I’m so happy about this result, it’s great to be in such a strong position for the Qualifying Race,” Ide said.

“Last year in the GT3 European Championship, my best was fourth and now here I am in a World Championship and we’re in second. I am very happy, this is one of the best results in my racing career.

“The team has made a very good car and I think it’s set-up well for Qualifying but we’ll have to see about the race because we’ve been struggling with tyre issues but our excellent position will help us I think.”

Third quickest was the No.38 ALL-INKL.COM Münnich Motorsport Mercedes SLS AMG of the German pair Marc Basseng and Marcus Winkelhock (1:45.693).

Team boss Basseng said the result was a little unexpected for the Mercedes. “Looking at the Qualifying session overall, I was quite surprised with the result, we were P1 in Q2 but we were struggling quite a lot with the car, the set-up was not perfect and the tyres were not performing to their best.

“Our thoughts for the Qualifying Race are to complete the set-up of the car and finish our tyre plan so we can hopefully be consistent.

“The Mercedes SLS AMG is a nice surprise round here, I expected a lot worse if I’m honest.”

In fifth was the No.25 Reiter Lamborghini of Darryl O’Young (CHN) and Peter Kox (NLD) just ahead of the Sunred Ford GT No.10 of Milos Pavlovic (SRB) and Matteo Cressoni (ITA).

The best of the Audis, the No.33 R8 LMS ultra of Frank Stippler (DEU) and Oliver Jarvis (GBR), managed seventh.

There were some big casualties in the three-segment session, notably the drivers’ championship leaders, Michael Bartels (DEU) and Yelmner Burrman (NLD) in the Vita4One BMW Z4 No.18.

Despite a last-lap assault from Bartels, the BMW finished in 11th in Q2 and missed the cut for the Q3 shootout.

“We were just not quick enough, simple as that,” a disappointed Buurman said. “There are a lot of different lines here and you can’t really see the apex sometimes, plus there’s no real braking marks. It’s interesting and a real challenge for sure. We will just have to hope for a strong race today.”

The No.17 sister BMW of Mathias Lauda (AUT) and Nikolaus Mayr-Melnhof (AUT) also failed to advance and could only manage P13.

“We lost some time yesterday and we didn't finish with the set-up of the car so it cost us today,” Makowiecki said.

“We are struggling with the balance of the car and we must find a solution for this afternoon’s Qualifying Race.”

Portugal’s Alvaro Parente and Gregoire Demoustier (FRA) in the No.2 McLaren will start the race in 8th.

The Exim Bank Team China Porsche No.9 of Mike Parisy (FRA) and Andreas Zuber (AUT) will start 14th after a difficult time for the Porsches. The second car of Benjamin Lariche (FRA) and Dino Lunardi (FRA) failed to make the start of Qualifying due to mechanical problems.