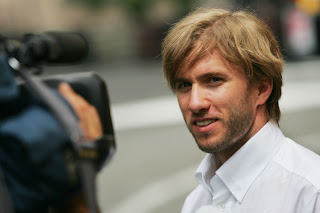 Stuttgart. Nick Heidfeld competes in the Porsche Mobil1 Supercup for the first time. The ex-Formula 1 driver’s debut in the world’s fastest international one-make race series is one of the highlights of the Supercup’s 20th anniversary season that will be celebrated from 20-22 July in Hockenheim. At the invitation of Porsche AG, Nick Heidfeld drives one of the 450 hp Porsche 911 GT3 Cup sports cars at the seventh Supercup race of the season.

“It is a great new challenge for me to compete against all the Porsche specialists in the Supercup. I’m aware that it won’t be easy to match the pace of the front-runners, and that’s exactly what makes this task so exciting,” says Nick Heidfeld. From 2000 to 2011, the 35-year-old from the German city of Mönchengladbach competed for top teams like BMW, Renault, Sauber and Williams. Over the course of his career he climbed the podium 13 times. In the Formula 1 World Championship, he concluded the 2007 season in fifth place, in 2008 he finished sixth. Heidfeld celebrated his first major sports car success this year at the 24 Hours of Le Mans. After a very strong performance he secured fourth for his best-placed privateer team.

He is very much looking forward to his first outing with a Porsche, not least as part of the Formula 1 race weekend in Hockenheim. “In Le Mans I again experienced first-hand just how much the Porsche brand fascinates people. I personally have two Porsche cars in my collection. This race outing will undoubtedly be a very special experience.”

Jonas Krauss, Head of the Porsche Mobil 1 Supercup at Porsche Motorsport, cannot imagine a better driver for the VIP-vehicle in Hockenheim. “Nick has not only proved to be an extraordinarily good race driver in Formula 1,” he says. “His outing in our 911 GT3 Cup in Hockenheim is not only something very special for the many Supercup fans. Of course it’s an additional motivation for our regular drivers to go head-to-head with such an experienced and fast colleague. Even though guest drivers from another racing series hardly have a chance to instantly finish in a top position, due to the high level in the Porsche Mobil 1 Supercup.”

The Porsche Mobil 1 Supercup is the fastest international one-make race series in the world and has run as support to Formula 1 since 1993. Fielded in this series are one hundred percent technically identical 450 hp Porsche 911 GT3 Cup race cars. The most produced and best-selling race car in the world is based on the street legal lightweight 911 GT3 RS sports car.