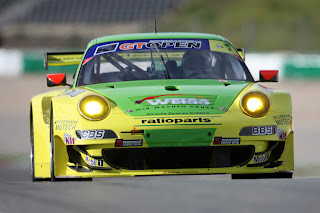 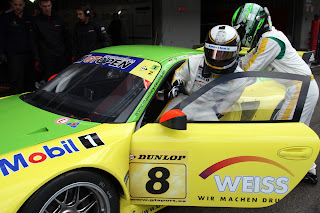 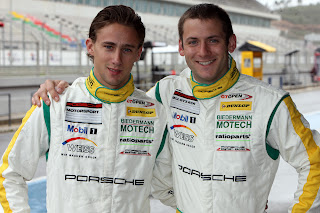 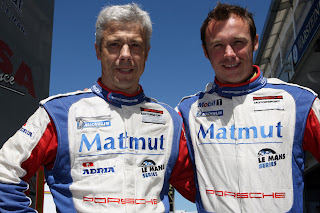 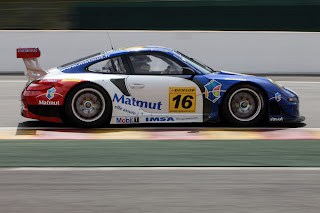 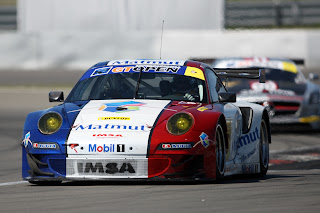 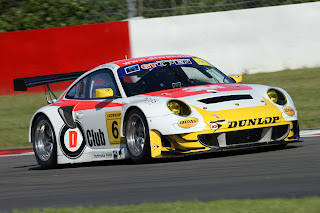 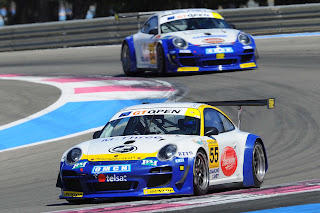 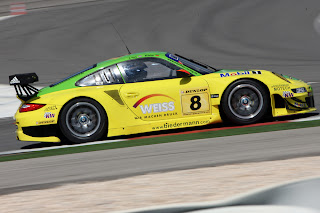 Stuttgart. With two extremely gripping races, the International GT Open took off into the second half of the season in southern France. On the Circuit Paul Ricard, Porsche customer teams again celebrated successes with the 911 GT3 RSR, the top model of Porsche customer racing, as well as the 911 GT3 R. Claiming fifth at race 9 on Saturday and second at race 10 on Sunday in the 911 GT3 RSR, works driver Marco Holzer (Germany) and his teammate at Manthey-Racing, Britain’s Nick Tandy, defended the lead of the strongly-supported sports car series – albeit sharing the same points with their rivals from Aston Martin. But Holzer and Tandy’s second place at Paul Ricard may turn into a win because the race director handed the winning team a 30-second time penalty. The team has lodged a protest. According to the organiser, this will be heard in several weeks.

In the GTS class, the Italian customer team Autorlando Sport celebrated a class win at Sunday’s race. And for the two hobby racers of the Spanish Equipe Drivex School, Miguel Angel de Castro (Spain) and Miguel Amaral (Portugal), positions 15 and 13 in the new 911 GT3 RSR were also good results. Only the French IMSA Performance Matmut team heads into the second half of the season with a disappointing result after being shunted into retirement on Sunday.

“That was a good weekend,” said Marco Holzer, obviously feeling very pleased after the spirited 50 minute race on Sunday. “Fifth place yesterday gave us more crucial points in our bid for the title. And the race today was simply great. We only took off from seventh and managed to charge ahead. Second after such a tough fight – now that’s something we can be thrilled about. It’s hard to match the lap times of the others, but we did our best.” To now, it has not been possible to further develop the control tyres that are used in the series so that they work properly on the rear-wheel-driven 911. “Our advantage is my two drivers Marco and Nick,” states Manthey-Racing team boss Olaf Manthey. “The boys do a fantastic job.”

As well as celebrations in the Italian team there was bitter frustration. After the double victory with the 911 GT3 R at the 70 minute race on Saturday, a rival lodged a protest against the two 911 GT3 R fielded by Autorlando Sport. The team’s modifications to the exhaust system did not conform with the regulations. Consequently, both cars were disqualified. This made the result on Sunday all the more sweeter when Matteo Beretta and Marcello Puglisi crossed the finish line as first in the GTS class. The two Italians had made their International GT Open debut just the week before in Brands Hatch – and followed up there with third. Their team colleagues, Marco Mapelli from Italy and Britain’s Archie Hamilton, only finished fifth in the GTS class in Paul Ricard on Sunday. Mapelli had taken up the race from third and fiercely defended his position against attacking rivals in the strong Super GT class. But then he had to put in an additional pit stop because of a slow puncture, plus the 30 second handicap through the double victory of Mapelli/Hamilton in Brands Hatch. The pair still holds second in the GTS drivers’ standings.

At their home race of all places, the IMSA Performance Matmut team encountered bad luck, robbing them of all their hard work. Works driver Patrick Pilet and his French compatriot Raymond Narac finished sixth on Saturday but retired from Sunday’s race after the 911 GT3 RSR piloted by Narac was shunted hard in the rear left and was sidelined early on with a damaged suspension. “We are bitterly disappointed,” said an upset Patrick Pilet. “This is the second retirement after Brands Hatch. Again no points on Sunday! But aside from our bad luck we were simply not fast enough because of the problems with our tyres.”

Races 11 and 12 of the International GT Open are contested on 7 to 9 September in Budapest/Hungary.

Super GT: This class is based on the FIA GT2 regulations - the 911 GT3 RSR competes here. The particularly efficient six-cylinder boxer engine in the International GT Open version delivers significantly more than 500 hp.