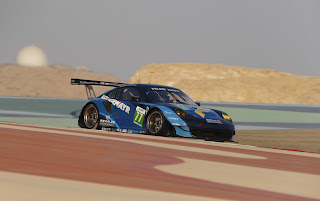 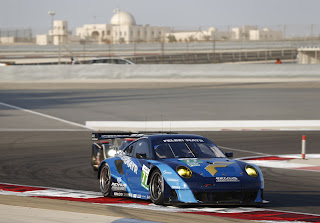 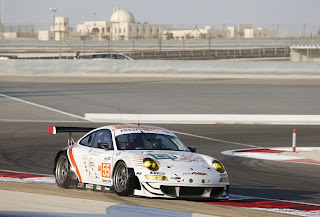 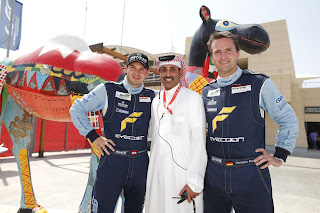 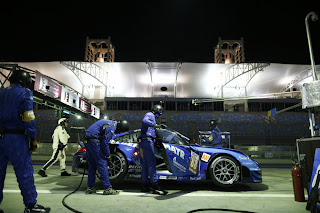 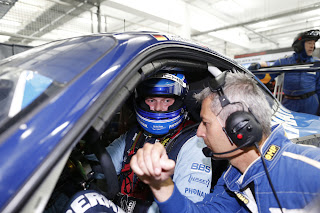 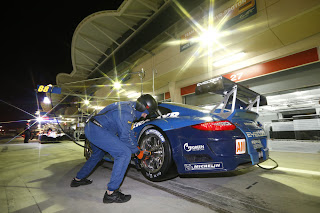 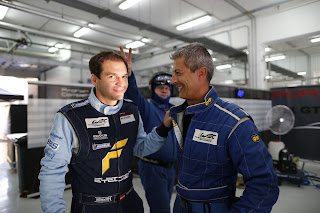 World Endurance Championship, round 6 in Sakhir/Bahrain

Stuttgart. Porsche clinches a good grid spot for the first meeting of the World Endurance Championship in Bahrain: In qualifying on the Bahrain International Circuit, Richard Lietz (Austria) clocked the second quickest time with the Porsche 911 GT3 RSR in the strongly supported GT field. In the race on Saturday he shares the cockpit of the Felbermayr-Proton 911 with his works driver colleague Marc Lieb (Germany).

“We’ve didn’t expect to already reach the peak with our tyres in the first lap. For this reason we didn’t manage to squeeze those last thousandths of a second out of them. Still, it’s the best lap time that we’ve turned here by now,” said Richard Lietz. “Now we just have to hope that the tyres perform well over the whole race distance. Somewhat cooler temperatures would be to our advantage like in Brazil recently where we were very competitive especially in the second half of the race. The track is selective and great fun, particularly with new tyres which you can use in the fast corners to really put the pressure on. The wind is a slight problem – it blows the sand onto the track and is always changing direction. But that also makes things interesting.”

In the GTE Am class, Paolo Ruberti planted the Felbermayr-Proton Porsche in last year’s spec on the third grid spot. “I only drove one fast lap so that I could conserve the tyres for the race,” stated the Italian, who shares driving duties with his teammates Christian Ried (Germany) and Gianluca Roda (Italy). “So I’m pleased with the third grid spot. That’s a good starting position for the race.”


2013 race calendar
The provisional calendar for the 2013 World Endurance Championship has been released in Bahrain and includes the following races:

The World Endurance Championship
Sports prototypes and GT vehicles race in the new World Endurance Championship. They are divided into four classes that start together but are classified separately:
LMGTE Pro class: This class is reserved for slightly modified standard sports cars with 440 to 500 hp and a minimum weight of 1,245 kilograms (e.g. Porsche 911 GT3 RSR).
LMGTE Am class: Like the LMGTE Pro, but the regulations stipulate that only last year’s cars are eligible and there must be no more than one professional driver per vehicle.
LMP1 class: Sports prototypes with up to 550 hp and a minimum weight of 900 kilograms.
LMP2 class: Sports prototypes with around 440 hp and a 900 kilogram minimum weight.