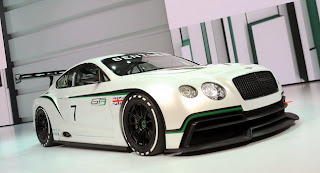 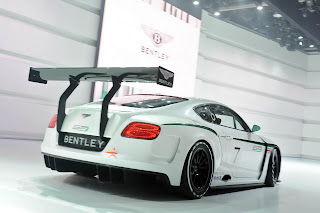 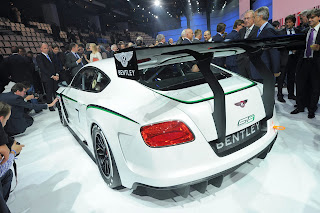 Bentley has released initial details as well as a video of its Paris Motor Show-bound Continental GT3 Concept racer with which it will return to the racetrack for the first time after almost a decade when it scored its sixth Le Mans victory in 2003.

The British automaker said the final racing version of the Continental GT Speed-based model is being developed as we speak at its factory in Crewe with plans to have it on the motorsport arena towards the end of 2013.
"The clear message from our customers is that Bentley belongs on the racetrack, and the Continental GT3 is the realisation of a dream we’ve had ever since the launch of the Continental GT," said Wolfgang Schreiber, Bentley’s Chairman and Chief Executive.
He continued: "The new GT Speed is the perfect car for us to develop into a racer, and our work so far has shown huge potential. The Continental GT3 is set to show the world what the Continental GT is capable of in its most extreme form, and establishes a solid foundation for Bentley’s long-term motorsport plans."
Bentley has yet to reveal the engine powering the Continental GT3, but it is likely that the car is using a motorsports-tuned version of the production GT Speed's turbocharged W12 unit.
Whereas the regular GT-Speed transfers power to all four wheels, the GT3 adopts a rear-wheel drive chassis in accordance with the regulations. Other upgrades include a dramatic wide-body kit with Bentley's racing livery, side exhaust pipes and a stripped out interior.
CARSCOOP.
Posted by AmigosRacing/MRS GT. at 11:44