Porsche Mobil 1 Supercup, round 10 at the Formula 1 race in Monza/Italy Exciting prelude to a gripping finale 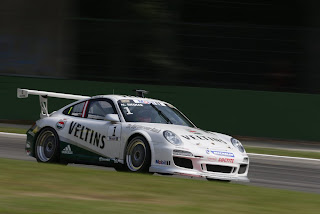 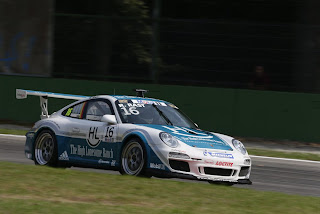 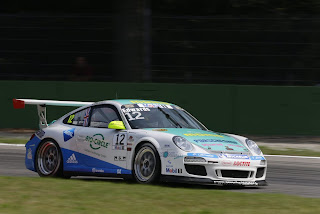 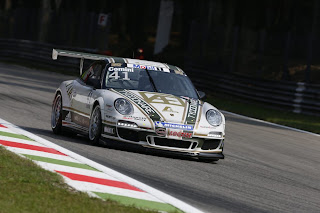 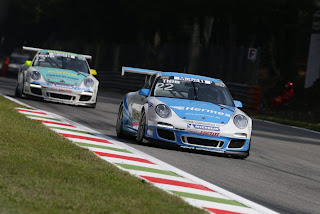 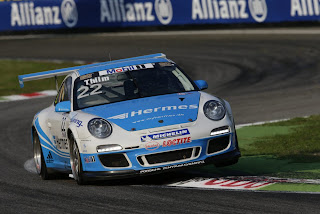 Exciting prelude to a gripping finale

Stuttgart. The suspense leading up to the title decision in the Porsche Mobil 1 Sueprcup is growing: In qualifying for the last round of the season on Sunday in the Autodromo Nazionale of Monza, five drivers are running at the front, all with chances to take home the overall win. Austria’s Norbert Siedler driving for VELTINS Lechner Racing secured his third pole position of the season. At the wheel of his 450 hp Porsche 911 GT3 Cup, which is based on the street-legal lightweight Porsche 911 GT3 RS sports car, the Bahrain winner was only twelve-thousandths of a second faster than the Hermes Attempto Racing pilot, Kévin Estre from France.

While Norbert Siedler only marginally improves his position in the title race with the two extra points for his pole-setting performance, the front row spot could possibly be decisive for Kévin Estre. Title defender René Rast (Germany), who leads the championship by just one point ahead of Estre, only managed to post the fourth quickest time in qualifying behind Sean Edwards (Konrad Motorsport) from Great Britain. The situation heading into the title decider on Sunday is as follows: Should either Kévin Estre or René Rast finish tomorrow’s sprint amongst the first six, the champion will be the one who beats the other to the flag. Norbert Siedler and Sean Edwards also hold an outside chance on Sunday, as does Denmark’s Nicki Thiim (Hermes Attempto Racing), who qualified on the fifth grid spot. These pilots could only snatch championship honours if both René Rast and Kévin Estre finish amongst the backmarkers.

The qualifying session on the Grand Prix circuit in the Royal Park of Monza was one of the closest of the season: The times of the first 14 drivers were all within one second of each other.

Norbert Siedler (pole-sitter): “You shouldn’t write me off completely. That was a great qualifying. We improved the car since yesterday and had I not made two minor mistakes I would have been even faster. It’s important that I saved a fresh pair of tyres for the race. Tomorrow I’m going all out again.”

Kévin Estre (2nd in qualifying): “I found a good rhythm with my first set of tyres. With the second I was even better. In my last fast lap I was held up a bit, otherwise I could have set pole. Our goal was to qualify ahead of René and that’s what we did. I’m sure it’ll be a fantastic race tomorrow.”

Sean Edwards (3rd in qualifying): “That was a very close session. Unfortunately someone went off during my final quick lap and the yellow flag that came out because of it probably cost me pole position. Now I’ll be giving everything I’ve got tomorrow. The fans can look forward to some great action.”

René Rast (4th in qualifying): “It wasn’t such a great qualifying for me. With my first set of tyres I didn’t manage to slipstream initially, then there was oil on the track. With my second pair I only got one quick lap in. But I’m still feeling confident for Sunday because we’ve found a good race set-up. In any case, it’s going to be a gripping finale.”

The race on Sunday will be broadcast live by TV stations Eurosport 2 (11.45 hrs) and Sky (11.40 hrs). Eurosport also televises highlights on Sunday at 18.30 hrs in its “Motorsport Weekend Magazin” programme.