Wolf Henzler and Porsche win in front of record crowd 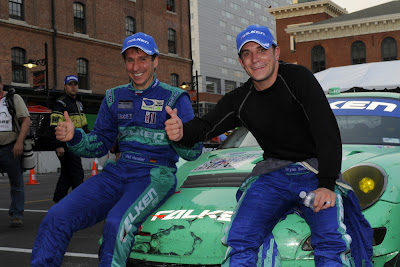 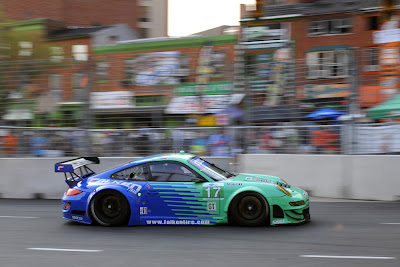 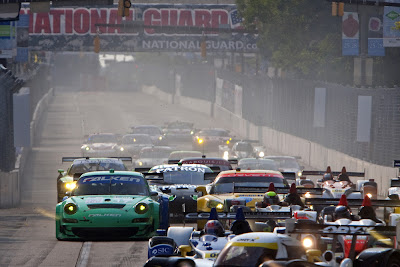 Wolf Henzler and Porsche win in front of record crowd


Stuttgart. Successful premiere for Porsche on the new Baltimore city course: In front of a record crowd of 150,000 spectators, Wolf Henzler celebrated his second win of the season at round seven of the American Le Mans Series. Co-driven by his American teammate Bryan Sellers, the German Porsche works driver won the GT class at a gripping two hour race in the US state of Maryland. As the most efficient GT race car in the field, their #17 Porsche also won the environmental Michelin Green X Challenge award.

“The race on this track was great fun. And we were able to prove that we can win even if it’s not wet,” said Wolf Henzler. “Our car was excellently set-up for the race and the Falken Tires didn’t deteriorate at all. That was certainly one of the keys to success. Apart from that I was lucky enough to make it through the turmoil of the first corner right at the start.” Bryan Sellers added: “As always, Wolf drove incredibly well. And for me personally, it was one of my best races. The entire team works very hard and they really earned this success.”

After their victory at the rain race in Mid-Ohio, Wolf Henzler and Bryan Sellers continued the upward trend of the Falken team in Baltimore. With a good start, which put him within striking distance of the front-runners in the first lap, Wolf Henzler launched a breathtaking chase through the field and grabbed the lead in lap 16 when he overtook the leader on the outside of a right-hand corner. Bryan Sellers, who took the wheel from Henzler after one hour and rejoined the race in third place, put in an impressive performance. Shortly after a caution phase, he moved back into the lead and pulled clear of the field by one lap when the chequered flag came out.

“This race in Baltimore is a fantastic addition to the American Le Mans Series. The spectators were treated to some super motorsport,” said Head of Porsche Motorsport, Hartmut Kristen. “Wolf Henzler and Bryan Sellers drove a tactically clever and faultless race. And the Paul Miller Racing squad also performed impressively. Despite intense pressure, Sascha Maassen brought his fourth place safely home.” With the Porsche 911 GT3 RSR fielded by the US customer team, Sascha Maassen (Germany) and Bryce Miller (USA) reached the finish ahead of the best-placed Ferrari and rounded off a great weekend for Porsche in the streets of Baltimore. At the same time, it was their best result in the American Le Mans Series by now.

Another Porsche 911 GT3 RSR in the top ten of the high-carat starter field was the Flying Lizard Motorsports racer with which Americans Darren Law and Seth Neiman yielded eighth place. Bad luck hit Porsche works drivers Joerg Bergmeister (Germany) and Patrick Long (USA): After a good start, the reigning champions had to pit with a broken drive shaft. This cost them 14 laps to the lead and they finished in eleventh place.

Two-time Supercup champion Jeroen Bleekemolen (Netherlands) clinched victory in the GTC class with his American teammate Tim Pappas at the wheel of their Porsche 911 GT3 Cup.

Round 8 of the American Le Mans Series takes off on 17 September in Laguna Seca in the US state of California.

The American Le Mans Series (ALMS) was created in 1999 for sports prototypes and GT vehicles. The regulations correspond to those of the Le Mans 24 hour race.

All classes start together but are classified separately. This ensures racing that is exciting and constantly changing with many overtaking manoeuvres. Points are awarded only for placings in each class.