Le Mans Series, round 5 in Estoril/Portugal Porsche pilots optimistic for the finale 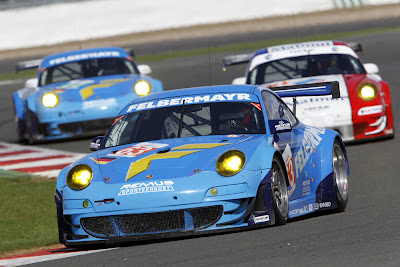 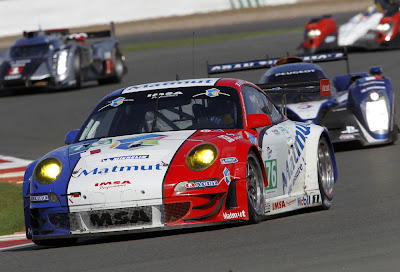 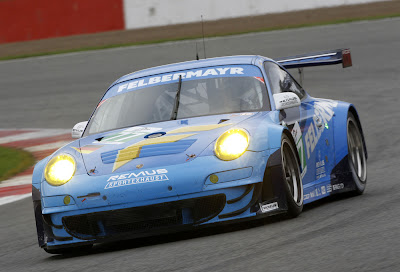 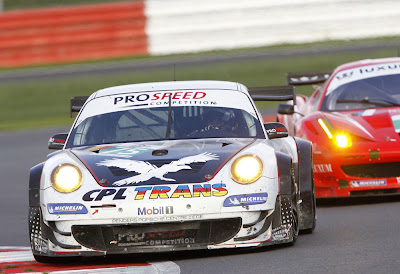 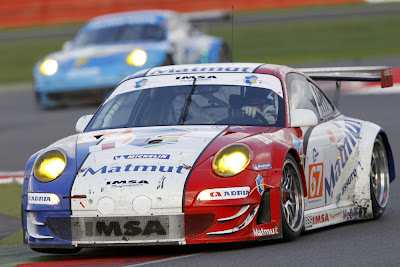 Le Mans Series, round 5 in Estoril/Portugal

Porsche pilots optimistic for the finale

Stuttgart. The last round of the Le Mans Series marks a premiere: On 25 September, Estoril in Portugal plays host to the finale for the first time. On the former Grand Prix circuit, Porsche works drivers and title defenders Marc Lieb (Germany) and Richard Lietz (Austria) want to continue their upward trend in the Porsche 911 GT3 RSR and conclude the season well with another podium result in the GTE Pro sports car class. After three victories in the GTE Am category with their 2010-spec Porsche 911 GT3 RSR, point’s leaders Nicolas Armindo and Raymond Narac from France are on track to clinch their first championship title in the Le Mans Series.

The race
The six-hour race in Estoril is new on the Le Mans Series calendar.

The circuit
The 4.182 kilometre circuit opened in 1972 and during the Formula 1 era quickly became a favourite destination for drivers, teams and fans. The rollercoaster track features an unusual layout: After an extremely long finish straight comes a technical passage with 13 diverse corners.

The Porsche drivers
Marc Lieb and Richard Lietz (Felbermayr-Proton team) are joined by three other Porsche factory drivers with the improved 2011-version of the Porsche 911 GT3 RSR in the GTE Pro class. Wolf Henzler (Germany) and Patrick Pilet (France) share driving duties for the IMSA Performance Matmut squad. Their works driver colleague Marco Holzer (Germany) teams up with Marc Goossens from Belgium for ProSpeed Competition. Two Porsche 911 GT3 RSR contest the GTE Am sports car class, in which only one professional driver per vehicle is permitted to compete. In accordance with the regulations they drive 2010-spec race cars. In this category, all four races have been won by Porsche teams by now. Thanks to their success in Spa-Francorchamps, Imola and Silverstone, Raymond Narac and Nicolas Armindo (IMSA Performance Matmut) travel to Portugal as leaders of the drivers’ championship. Competing for the Felbermayr-Proton squad are the winners of the season-opening race in Le Castellet, team owner Christian Ried (Germany) and Horst Felbermayr Jnr. (Austria).

Quotes before the race
Marc Lieb: “It’s been eight years since I last raced in Estoril. In 2008 I tested tyres for Michelin there. The circuit is great. It features wonderful up and downhill passages and has a totally different character compared to Silverstone, for example. It is smaller and narrower, but also very challenging. I always enjoyed racing there. Situated near the Atlantic coast with the prospect of good weather it’s a great place to wind up the season. We are keen to finish the year with a top result.”
Richard Lietz: “Our podium spot in Silverstone has given us a real boost. Perhaps we have the chance in Estoril to keep up with our opponents. I hope this circuit with its slower corners suits us better than Silverstone. We’ve really had a tough season. It would be nice to finish up with another podium place.”
Wolf Henzler: “I’ve never driven a race car in Estoril, but I remember the track from a launch of the Porsche 911 Turbo two years ago. There are a couple of very tight corners which should certainly make things exciting with our large grid.”
Marco Holzer: “Estoril is a very demanding race track, so it’s hard for me to say how we’ll perform there. Silverstone showed us that we are capable of fighting for podium results. In any case, I’m looking forward to the finale.”
Patrick Pilet: “I only know Estoril from tyre testing there. It’s not an easy track - particularly when it comes to the tyres. I think the slower passages will suit our car. I like
the fact that the circuit isn’t totally flat. Apart from the tyres, traffic could be a problem. But that’s something we all have to come to terms with.”

The Porsche 911 GT3 RSR
The most successful GT race car of the 2010 season received some improvements for 2011. The output of the four-litre, six-cylinder boxer engine increased to 455 hp.

The schedule
The six-hour race starts on Sunday, 25th September at 13.00 hrs local time (14.00 hrs CEST). The qualifying for the GTE classes takes place on the Saturday from 12.50 to 13.10 hours local time. The qualifying and race can be seen via Live Timing on www.lemans.series.com.

The Le Mans Series
Contested for the first time in 2004, the Le Mans Series (LMS) is open for sports prototypes and GT vehicles. The regulations are based on those of the Le Mans 24 hour race. Five six-hour races are contested this season throughout Europe.

All race cars start together but are classified separately according to the class. Points are only allocated for placings in each class. Championship titles are awarded for drivers, manufacturers and teams in all five classes. With four title wins in 2005, 2006, 2009 and 2010, Porsche works driver Marc Lieb is the most successful pilot in the series.
Porsche Motorsport.
Posted by AmigosRacing/MRS GT. at 11:23