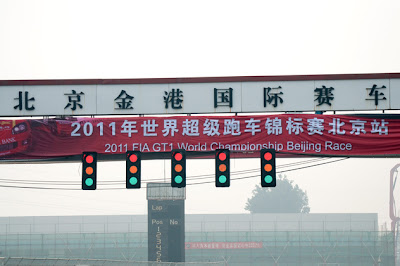 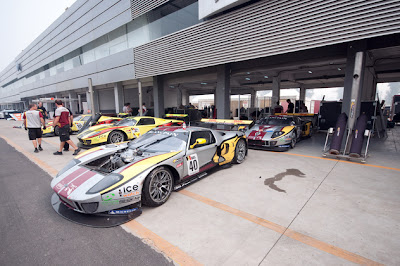 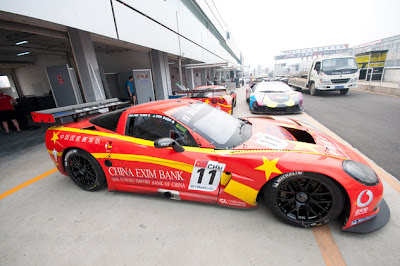 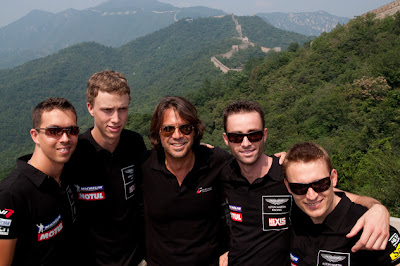 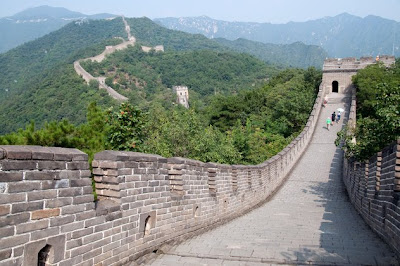 The event will feature a demonstration street race by the cars competing in the 2011 FIA GT1 World Championship. Race cars such as Aston Martin DB9, Corvette Z06, Ford GT, Lamborghini Murcielago R-SV and Nissan GT-R will compete in the event.

The Olympic Park spectacular, jointly promoted by SRO Motorsports Group, Team China and Inter Sports, will be the climax to GT1 World's two-week stay in China following round eight at Ordos Inner Mongolia and round nine at Goldenport circuit in Beijing.

During the street race, the track layout will take the GT cars between the Bird's Nest, the dramatic Olympic Stadium and the Water Cube aquatic centre - the two spectacular landmark structures of the 2008 Beijing Olympic Games. The Bird's Nest and Water Cube are on either side of a 375 metre main straight.

Beijing GT1 World Supercars will be styled on a traditional race weekend format with free practice, qualifying and the main event under floodlights.

There will be a pit lane, full starting grid, complete with grid girls and VIP walkabout, and a GT1 paddock which will feature tyre change challenge among the pit crews, driver autograph signing sessions, a fashion show and music and entertainment provided by local Chinese artists.

As a prelude to the GT1 World demonstration race, the Supercar Club of Beijing will stage a parade featuring of over 40 cars.

It is envisaged that the event will be a forerunner to an official night race around the Olympic Park as a Beijing round on the 2012 race calendar.

Looking ahead to what promises to be a high point of GT1 World’s first foray into China, SRO Motorsports Group CEO Stephane Ratel said: "I can't think of a more spectacular way to bring to a close what has been a highly successful visit to China for the FIA GT1 World Championship.

"To be part of the crowd witnessing the world's most exotic, high performance GT race cars blasting along the streets of Beijing Olympic Park with the Bird's Nest and the Water Cube as a backdrop will be a truly momentous chapter in the history of SRO, GT1World and GT racing in general.

"Our longer-term objective is to include a round of the 2012 championship as a night street race at Olympic Park. This event will be a stunning dress-rehearsal."

Mr. Hai Feng Xia, Chairman of Inter Sports, said: “Thanks for all the efforts from FASC, Beijing Sports Bureau, SRO and other partners for the first GT1 World event in Beijing. The first Night Street Demo in Olympic Park will bring GT1 and China together, this demo will remind everyone around the world about the 2008 Beijing Olympic Games. Hopefully the FIA GT1 World Championship will stay in Beijing in the future.”

Mr. Yu Liu, Chairman of Team China Racing, added: “Team China in the FIA GT1 World Championship represents the new era of Chinese motorsports development, especially with this home race in Beijing in the first season. Thanks for Inter Sports to host this fantastic event in Beijing, so everyone can get more understanding of GT1 and support their own team and drivers.

“I cannot wait to watch the Team China car in the light of Olympic Park. We will use this opportunity to let people understand street racing, which happens everywhere around the world. We look forward to giving the people of Beijing a chance on Sunday to feel the passion of GT1 racing. Meanwhile, we hope you have a great Chinese Mid-Autumn festival.”

You can download the videos from the Beijing GT1 World Supercars event at Olympic Park, Round 9 of the FIA GT1 World Championship in Beijing and previous GT1 World races by registering with Eurovision.