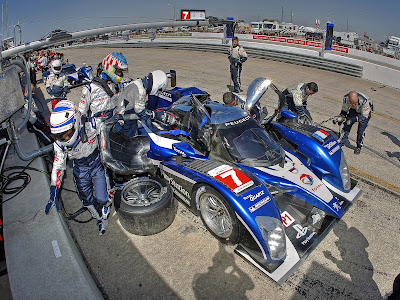 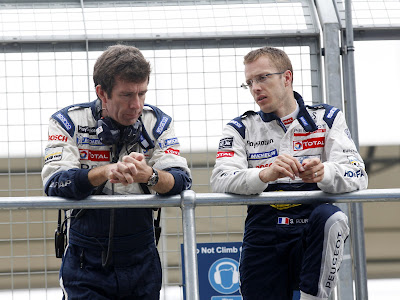 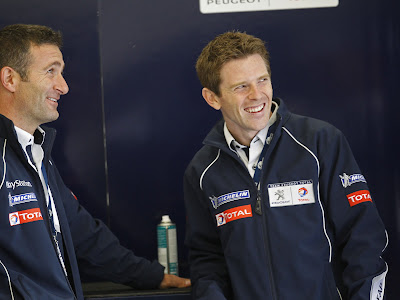 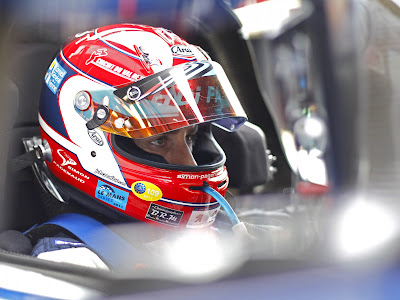 THIRD POLE POSITION OF THE SEASON

Simon Pagenaud times his run to perfection to grab the pole

Simon Pagenaud, Peugeot 908 no.7: “That was a good qualifying session for the team, with first and third positions. Conditions were very difficult on track, because there was light drizzle at the start of the session. The team sent me out on track at just the right time with the right tyres, and that meant I grabbed pole position. Obviously, I am very pleased, even though of course it's not the most important part of the weekend. The most important part comes tomorrow. We must finish the race and ensure both cars are well placed. This is the first time I have raced at Silverstone – it’s a wonderful track. I love driving our Peugeot 908 here.”
Stéphane Sarrazin, Peugeot 908 no.8: “It's not easy in the rain to make the right call and we waited a little too long to head out. I completed one fast lap and then the rain became heavier. There was a lot of water on the track straight away and it was impossible to improve my time. The right strategy was to head as soon as the session started, and that's exactly what Simon did. We are third, which is pleasing, although it’s a little frustrating because we have a great car, as we showed during free practice. But it’s just the start of the weekend! We'll have to be careful during the race in the traffic. It’s a fast racetrack, where we come up very quickly on the slower cars. You mustn’t let your concentration slip.”

As has been the case since Spa-Francorchamps, the entire Silverstone race will be shown live on Peugeot Sport’s Web TV. Footage from behind the scenes, pit stops, onboard camera, the race itself and the real-time positions of the two Peugeots will be available with commentary in French and in English, starting at 11.35am (UK time) on Sunday 11 September. Just go to: www.peugeot-sport.com.