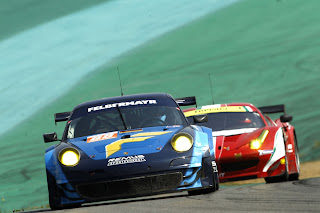 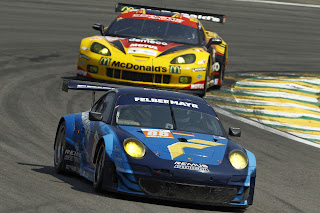 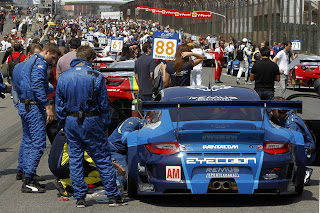 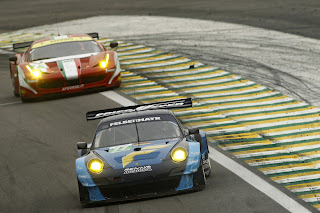 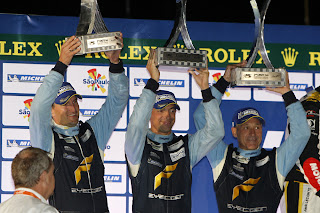 World Endurance Championship, round 6 in Sakhir/Bahrain

Stuttgart. The World Endurance Championship showcases the world’s fastest sports cars in the Gulf region on 29 September. At round six of the new long distance championship in Bahrain, the Porsche works drivers Marc Lieb (Germany) und Richard Lietz (Austria) are keen to score their second win of the season with their Felbermayr-Proton Porsche 911 GT3 RSR.

The race
The six hour race is contested on the Bahrain International Circuit close to Sakhir. On the 5.407 kilometre track, two Porsche Mobil 1 Supercup races are held each year as support to the Bahrain Grand Prix.

The Porsche drivers
Marc Lieb and Richard Lietz, the winners of the race in Spa-Francorchamps, share the Porsche 911 GT3 RSR in the hotly-contested GTE Pro class against strong opposition from Ferrari and Aston Martin. Christian Ried (Germany) and his Italian teammates Gianluca Roda and Paolo Ruberti, the winners of the season-opener in Sebring, contest the GTE Am class the 2011 model year Porsche fielded by Felbermayr-Proton.

The vehicle
The Porsche 911 GT3 RSR is the top model of Porsche Motorsport’s customer racing vehicles. For the 2012 racing season, the Porsche 911 GT3 RSR received extensive modifications. Additionally, the race car was fitted with a new front splitter and an adapted rear wing after Le Mans.

Quotes before the race
Hartmut Kristen, Head of Porsche Motorsport: “Motorsport fans in Bahrain already know and love the Porsche 911 GT3 Cup from the Porsche Mobil 1 Supercup and the GT3 Cup Challenge Middle East. At the World Endurance Championship, we are now looking forward to showing them some racing action with the Porsche 911 GT3 RSR - our top model of customer racing vehicles - and to win them over with its performance.”
Marc Lieb: “The track is very flowing and huge fun. The decisive factor will be how well we can set-up the car for the track and the very high temperatures. Our performance in Sao Paulo was very good in the second half of the race. In Bahrain we now have to try to maintain that pace over the entire distance.”
Richard Lietz: “I competed on this circuit in 2006 with the Porsche Mobil 1 Supercup. It suits our car very well. In the many fast corners our aerodynamics could turn out to be a decisive advantage. I think we have the speed to win. Our minimum goal is to finish on the podium.”