Porsche Mobil 1 Supercup, round 10 at the Formula 1 race in Monza/Italy Title fight decision and a special anniversary 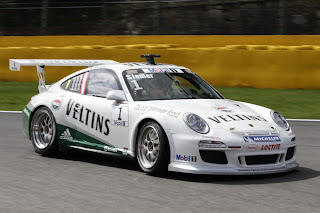 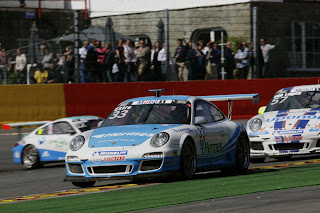 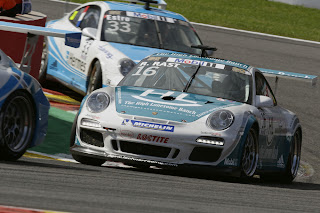 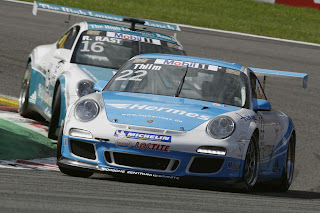 Stuttgart. At the season finale of the Porsche Mobil 1 Supercup on 9 September in Monza, the world’s fastest international one-make race series celebrates a new champion and also bids farewell to a well-proven race car. The Porsche 911 GT3 Cup based on the 997 model will be replaced next season with the new Cup vehicle based on the 991. In 2013, the new 911 GT3 Cup will run exclusively in the Porsche Mobil 1 Supercup. In all other brand trophy series, the teams will continue to field the current race car.

It doesn’t get more suspenseful than this: At the end of the 20th Supercup season packed with gripping fights, there are five possible drivers who could still snatch overall victory in the top series of Porsche’s 19 makes cups worldwide. Other title aspirants aside from title defender René Rast (Germany), who travels to Italy as points’ leader, are also Kévin Estre (France), Norbert Siedler (Austria), Sean Edwards (Great Britain) and rookie Nicki Thiim (Denmark). “The fact that the title decision is still open at the final round and five drivers are still in the running for the title show just how immensely competitive our series is,” says Jonas Krauss, Head of the Porsche Mobil 1 Supercup. “Our drivers and teams have given fans another fascinating year of motorsport.”

Holding the best cards for scoring the title are double Supercup champion René Rast and Kévin Estre, who convincingly secured the rookie classification title last year. Just one point separates the pair. Should the Lechner Racing driver from Germany win the race in Monza, he would definitely claim the overall victory for the third time straight with 142 points. Kévin Estre from Hermes Attempto Racing would only reach a maximum tally of 141 points if he finishes in second and pockets the two extra points awarded for pole position. The other way round looks like this: If the Frenchman wins the race and the German claims pole position and second place, then the overall winner would still be René Rast. Even if the two are tied for points, the German would hold the slight advantage of having won an unmatched four races over the course of the season.

“Monza has always been great turf for me. I won here in 2009, and in 2010 I walked off with the title. I’m hoping that’s a good omen,” says René Rast. Kévin Estre states, “To fight for the title in just my second Supercup season is simply great. If I can make the most of my chances in Monza then that would be just perfect.”

But the pursuing trio are not about to let the battle for overall victory go easily. Although Norbert Siedler, Sean Edwards and Nicki Thiim still hold realistic chances for the championship, the two front-runners would have to be in serious trouble. And this can happen quickly on the 5.770 kilometre Autodromo Nazionale race track: The Grand Prix circuit is the fastest track on the Porsche Mobil 1 Supercup calendar. The few corners have illustrious names like Parabolica, Variante Ascari and Lesmo – and are a true test for every race driver. The fastest race lap in Supercup history was also turned in Monza: During qualifying in 2011, Italy’s Alessandro Balzan set pole position with an average speed of 188.461 km/h.

Honours in the rookie and team classifications will also be decided in Monza. And there is a very special anniversary to celebrate: Local hero Alessandro Zampedri, the Supercup champion of 2005, contests his 150th Supercup race on the home track.