Sebastien Loeb to race at the Porsche Matmut Carrera Cup. 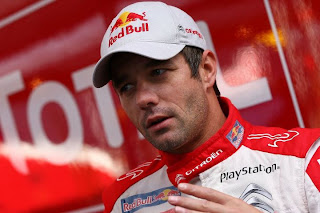 Sebastien Loeb to race at the Porsche Matmut Carrera Cup.
A few days after his victory in the Rally of Spain, and while it is in the race for eighth title of the World Rally Championship WRC, Sebastien Loeb will play the final of the Porsche Carrera Cup Matmut. In the cockpit of a Porsche 911 GT3 Cup fielded by the team Pulsate Racing Technology, and he finds a discipline in which he has already changed and that he appreciates
While Matmut Porsche Carrera Cup celebrates its 25th anniversary at the ultimate test of an exciting season, Loeb joined the regular competitors in the single-cup reference mark. For the pilot Alsatian, it will not be a first. "I have already rolled Cup and I like the principle of this discipline," he confirms. "It's an individual effort, as a sprint. Everyone grows with the same car, the level is high and the steering is very different from what I know. It's not easy to play the leading roles! "
Loeb poised for a rally in charge during the final of the GT Tour.On the Paul Ricard circuit, it will indeed participate in both France FFSA GT Championship and Porsche Carrera Cup Matmut. But this generous program does not scare. "When I'm on a rally, I do not leave my car for three days," he says. "This weekend, I come to a track I know, I like to boot. I'll ride withoutpressure in a relaxed atmosphere. It is a form of relaxation: I want to make the most! "

If he comes to have fun behind the wheel of the Porsche 911 GT3 Cup, the driver seven times World Rally Champion is also motivated by the challenge that awaits him: "Driving in Matmut Porsche Carrera Cup is always a challenge. There are many specialists, so it's almost harder for me to win this series in Rally. I did not test, I will find again the car directly in free practice. The challenge is very interesting anyway. "

Loeb joined as a board composed of 25 Porsche 911 GT3 Cup!Porsche Matmut Carrera Cup.
Posted by AmigosRacing/MRS GT. at 20:09