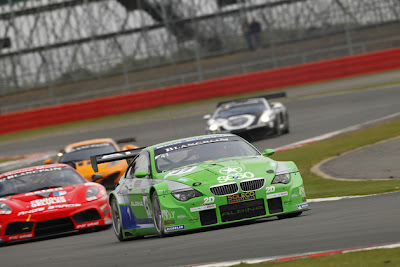 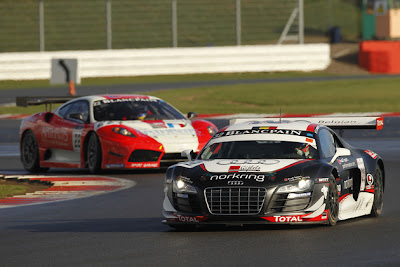 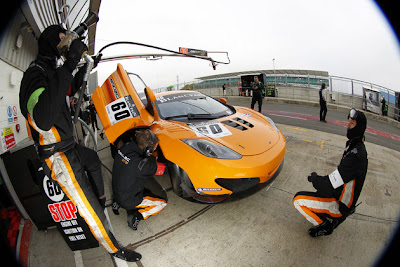 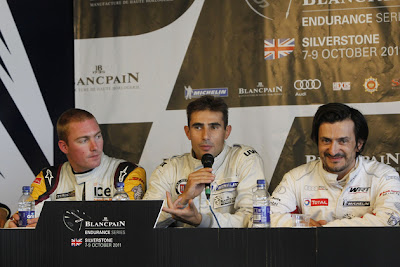 A flying performance by the nr41 Alpina B6 of Dino Lunardi gave the team its first pole position on their Blancpain Endurance Series debut. The Frenchman posted a lap time of 2:00.094 in the final qualifying session, 1.047s faster than the second placed car, the nr32 Belgian Audi Club Team WRT Audi of Stephane Ortelli, who put in a late fast lap to claim a front row position for tomorrow's race ahead of Maxime Martin in the nr41 Marc VDS BMW Z4.

The Pro-Am Cup pole position was claimed by Michael Bartels at the chequered flag with a 2:01.902 lap in the nr2 Vita4One Ferrari 458 and giving his teammates Niek Hommerson and Louis Machiels a good chance of taking the Pro-Am drivers title ahead of the trio of drivers in the nr20 SOFREV ASP Ferrari 458, who will start tomorrow's race two places further back on the grid.

The Gentlemen Trophy pole was claimed by Chris Dymond on his series debut in the Sport Garage Ferrari 430 Scuderia, however a penalty of five grid places was imposed on his teammate Robert Hissom for taking the chequered flag twice at the end of the second qualifying session.

Marco Cassera was the fastest of the three drivers in the sole GT3 Cup entry, the De Lorenzi Racing Porsche taking the 26th slot on tomorrow's grid.

The GT4 Cup pole was claimed by the nr70 Lotus Sport Italia Lotus Evora of Greg Mansell with a time of 2:13.939 at the chequered flag. This puts the Lotus one place, and 0.7 seconds, ahead of their championship rvals in the RJN Motorsport Nissan 370Z

CLICK HERE for the Facts from the three qualifying sessions