GT Masters: Facts and figures of the 2011 season 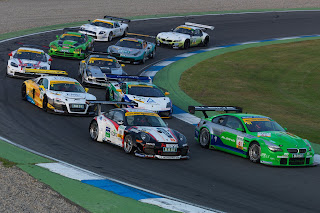 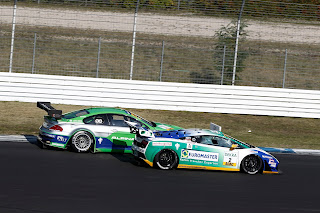 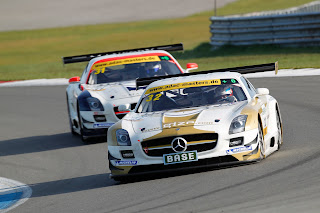 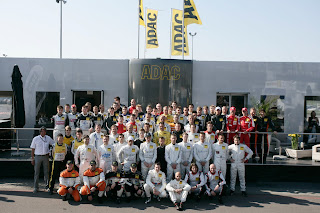 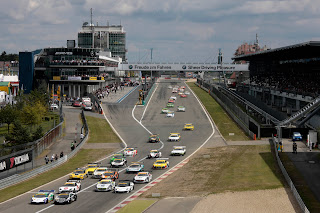 Facts and figures of the 2011 season
The ADAC GT Masters 2011 season bribed with record results. A field from an average of around 40 super sports car brought in a total of 16 races before more than 350,000 enthusiastic fans ten different driver pairings emerged victorious. The facts on a dream season.

International: A total of 146 riders from 17 nations took part in 16 races. With a total of 70 riders nearly half of all the actors came from abroad. The 146 riders competed in sports car from a total of 32 teams from six different nations.

Variety: Ten different driver pairings with the super sports cars from six different manufacturers shared the total of 16 race wins. More than one race, but won only the new champion Alexandros Margaritis and Dino Lunardi, and the Vice-Champions Ferdinand and John stucco, which has won four victories.

Top Amateurs: The 16 victories in the amateur standings shared five drivers on as many brands among themselves. Marc Hayek collected six victories in the Lamborghini Gallardo, three times Oliver Mayer at the Mercedes-Benz SLS AMG and Hannawald were successful in a Corvette. Swen Dolenc in the Porsche 911 and the Dutchman Arjan van der Zwaan in the Audi R8 was the best race in two amateur pilots.

Reliable: The most reliable car in 2011 came from Mercedes-Benz. The two Austrians, and Dominic Baumann Hari Proczyk were evaluated at the Mercedes-Benz SLS AMG from HEICO MOTORSPORT in all 16 races and covered a total of 2343 kilometers of racing.

Hamster points: Among the most zealous champions two points were the hamsters Alexandros Margaritis and Dino Lunardi and Christopher Mies Audi drivers who drove in eleven races in the points.

Record Field: At the event as part of the ADAC Truck Grand Prix at the Nurburgring, a total of some 41 vehicles, marking a new record. On average, 37 cars took part in eight events of the 2011 season.

Young and old: the youngest driver in the field of Austrian Dominik Baumann was the start of the season at age 18. Oldest participant was Heinrich Kuhn-White, who started with 62 years in the Porsche 911 of Herberth Motorsport in the race at the Red Bull Ring and Lausitzring.

Continuous operation: All of the FIA GT Championship sports car turned into the 2011 season, a total of 18 188 laps and covered a back 74 359 kilometers of racing.

One-lap wonder: in the number of fastest race laps were the Corvette Z06 is not to beat the Callaway Competition. Seven fastest laps were built on the seriousness of Wöhr and Giovanni Ciccone U.S. steam hammer. Four times sat Daniel Keilwitz the best time in two races was the former Formula 1 World Championship runner-Heinz-Harald Frentzen and fastest once Philip Eng.

The most successful: three victories on the Audi R8 LMS has become the most victorious car made ​​so far in the ADAC GT Masters. Since the racing debut in the 2009 season, crossed the Audi 15 times the finish line as winner.

Pole-King: A total of eleven different drivers shared the 16 pole positions among themselves. Ferdinand Stuck started in three races from pole position, the former DTM driver and the ADAC GT Masters Champion of 2011, Alexandros Margaritis, and Frank Kechele had two races at the start completely unobstructed view. Overall, the pole position for six races on the Lamborghini Gallardo, in three races of the Audi R8 and the BMW ALPINA B6 started ahead of all.

Close decision: it was the most exciting finish in the second race in Zolder, Belgium. Alexandros Margaritis won with just 0.9 seconds ahead of his predecessors on the "master's throne," Albert von Thurn und Taxis. The clearest victory drove Christian Engelhart and Norbert, a settler, who won the guest start in the first race at the Red Bull Ring in the MRS-911 with rich 19.7 seconds in front of Lance David Arnold and Andreas Zuber in PRIMA JOB Team HEICO Mercedes Benz SLS AMG .

Allowed the title of fastest FIA GT Championship drivers Michael Christensen will share in a Dodge Viper from volcanic Mintgen Motorsports Racing and Daniel Keilwitz in a Callaway Corvette Z06: The Fastest I. In the two final races at Hockenheim in the U.S. sports car a top speed of 269 km / h was measured.

The Fastest II: The fastest qualifying lap in the ADAC GT Masters can leave a note of Thomas Hunter. The former DTM driver lapped the Red Bull Ring on the way to the first pole position of Mercedes-Benz with an average speed of 170.966 km / h.

Serial killers: An impressive series of Frank Schmickler ended at the Red Bull Ring. Due to injury had "Schmicki" in Austria premiere of the ADAC GT Masters pause until that point had taken part in every event in Cologne by the ADAC GT Masters. Overall, Schmickler previously in 34 of 35 events at the start and is now on par with that Corvette drivers Toni Seiler.

Dominant: Very clearly ran four races in the 2011 season. At the start of the season at the Motorsport Arena Oschersleben and in the first race at the Assen TT Circuit Alexandros Margaritis and Dino Lunardi were from the first until the last lap in the lead. The same also managed Christopher Ludwig Mies and Luca in the ABT-Audi R8 in the first round at the Sachsenring, and Ferdinand and Johannes Stuck in Reiter Lamborghini Gallardo in the first race at the Nurburgring.