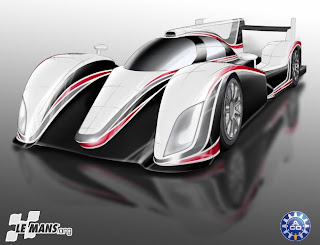 WINNERS OF THE 12 HOURS OF SEBRING IN 2011, THE TEAM OF DE CHAUNAC WAS SELECTED BY TOYOTA AS ITS PARTNER IN ENDURANCE.

After announcing its participation in several races in the Endurance World Championship 2012, including the 24 Hours of Le Mans, Toyota Motorsport GmbH partners with Oreca who will provide operational support in this project. The French team will bring experience of the discipline, especially the 24 Hours of Le Mans, where it has been present for many seasons.

The LM P1 chassis to be entered in 2012 has been designed, developed and produced at the Technical Centre of Toyota Motorsport in Cologne. The prototype will be powered by petrol with hybrid technology.

Hugues de Chaunac, President of Groupe ORECA: “It’s a very big day for ORECA. To be chosen by Toyota Motorsport GmbH is a huge reward for the work we’ve done in recent years. ORECA has proven its worth at the highest level of endurance racing, winning the 12 Hours of Sebring in 2011 and finishing three straight times in the top 5 at the 24 Hours of Le Mans. Thanks to its know-how, ORECA now has the opportunity to work with the biggest automobile manufacturer, and on a project that’s particularly interesting. We are proud to support Toyota Motorsport GmbH in this challenge and we’re looking forward to an exciting future.”

Rob Leupen, Director Business Operations, Toyota Motorsport GmbH: “This is clearly good news for TMG. ORECA’s competence and track record are well known, which is why we were very keen to develop a relationship with them. They will enhance our track operations team as we make progress in the world of endurance racing."