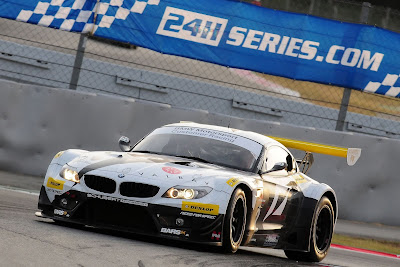 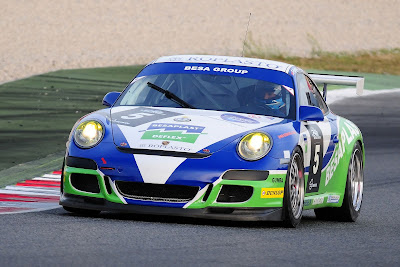 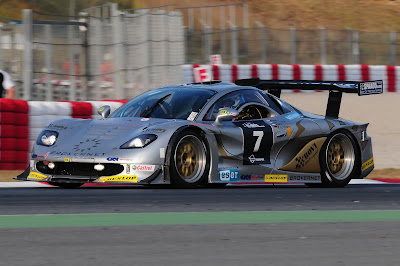 BARCELONA (September 23rd, 2011) – After victory in the Dunlop 24H of Dubai and second place in the 24H of Spa-Francorchamps, the German Need for Speed Team Schubert could well add another endurance racing success to its already very impressive track record this weekend: in qualifying on Friday night, Edward Sandström put the team’s BMW Z4 GT3 with starting number 2 on pole for the 24H BARCELONA. A last-minute attempt saw Dutch driver Duncan Huisman (Equipe Verschuur-Renault Mégane Trophy) getting within 0.4 seconds of Sandström’s fastest time, but eventually, the Scandinavian’s lap time of 1:52.082 minutes at the 4.655 kilometees long Circuit de Catalunya was enough to secure the best starting grid position. The race will start tomorrow at 12 noon.

The Schubert team already topped the time sheets in free practice during the afternoon, but it took a while for the team to get to the fore in qualifying. Half an hour into the session, Hungarian Istvan Racz drove his Brokernet Silversting to a lap time of 1:54.032 minutes, with which he topped the time sheets until well after the one hour mark. With a little bit more than three quarters of an hour remaining, Danish driver Michael Outzen drove a sequence of three fast laps that saw the Schubert-BMW moving up into third, second and first place respectively, but six minutes before the chequered flag was out, Swede Edward Sandström beat his team-mate’s timeby seven hundredth of a second.

“Michael was quick already, but I had an almost clear lap, so I could still beat his time. I only had to pass two cars on my last flying lap, so that gave me the advantage. The car was perfect, but as we all know, qualifying in an endurance race doesn’t mean that much. Still, this is a nice result”, said Edward Sandström. With its outright fastest time, the Schubert-BMW is also fastest in the A6 category, while Duncan Huisman’s second place overall saw Equipe Verschuur ending up fastest in the SP2 class. “I did everything I could, but I just wasn’t quick enough on my final lap. I had a slower car in front of me coming onto the finish straight, which cost me some time, but it was great fun”, said Duncan Huisman after his last-minute dash.

A big improvement by Roland Asch in the final 30 minutes saw the Besaplast-Porsche ending up fourth overall and fastest in the Porsche 997 class. The best-placed Spanish team and class leaders in A3T is the Sunred-SEAT Leon thanks to a fastest lap time set by WTCC ace Jordi Gené, putting the car in sixth place overall. The second-best Spanish team is the PCR Sport SEAT entry with double motorcycle world champion Jorge Lorenzo in its line-up in ninth place overall and second in class. All the action from the 24H BARCELONA can be followed at http://live.24hseries.com

The fastest teams in the various classes: