FIA/WEC: Porsche starts at the front of the GT field at Mount Fuji 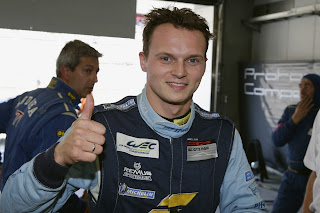 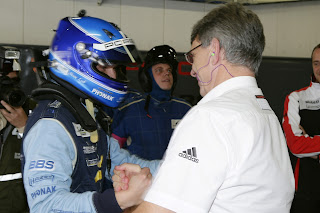 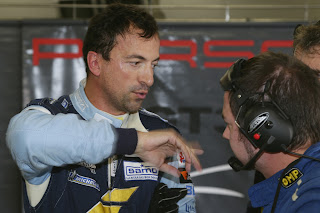 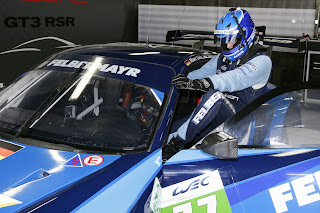 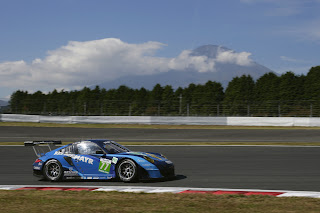 Stuttgart. A strong showing by Porsche in qualifying on the Fuji International Speedway: At the wheel of 911 GT3 RSR fielded by Felbermayr-Proton, Porsche works driver Marc Lieb (Germany) clocked the best time in the GT class. He contests round seven of the World Endurance Championship (WEC) in Japan on Sunday with his factory pilot teammate Richard Lietz (Austria).

“In the first lap the tyre pressure wasn’t high enough, but it was perfect in the second lap,” Marc Lieb said. “The temperature today was much higher than in yesterday’s free practice, still the car ran beautifully. We are hoping to keep up this pace in the race. Amongst the Japanese there is a huge fan base for sports car racing. A lot of fans even came on Friday because they wanted to take photos and get some autographs. It’s great fun here.”

“This pole position shows that developments with the car are going in the right direction,” said Hartmut Kristen, the head of motorsport at Porsche. “Now we’re hoping that the weather stays pretty much the same as today and it doesn’t get too warm. Then we can tackle the race feeling very confident.”

In the GTE Am category, Paolo Ruberti posted the third quickest time in the Felbermayr-Porsche from last year. “This is a good position to start the race,” the Italian commented. For tomorrow’s race Ruberti shares the cockpit of the 911 GT3 RSR with Christian Ried from Germany and his compatriot Gianluca Roda. “This track is great to drive on and very fast. It’ll certainly be interesting tomorrow.” Two weeks ago the trio won the sixth round of the WEC season in Bahrain.

The six hour race starts in Fuji on Sunday at 11.00 hours (04.00 hrs CEST). Eurosport broadcasts the final phase of the race live from 08.30 hrs and televises highlights on 16 October at 00.15 hrs. Follow the race live on the internet at www.fiawec.com.