Porsche Mobil 1 Supercup, round 6 at the Formula 1 race in Silverstone/Great Britain Pole position for René Rast after turbulent qualifying

Porsche Mobil 1 Supercup, round 6 at the Formula 1 race in Silverstone/Great Britain 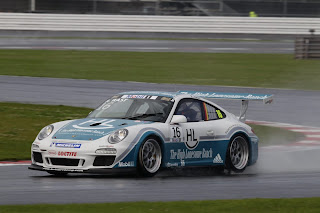 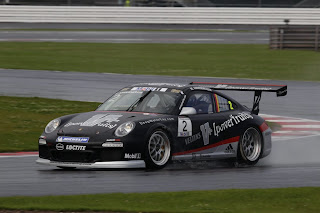 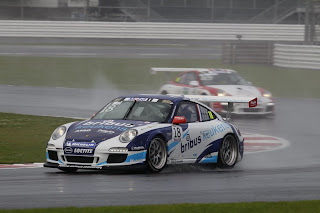 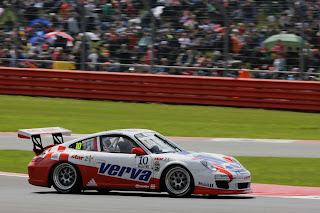 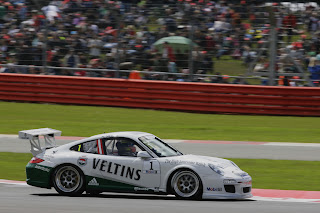 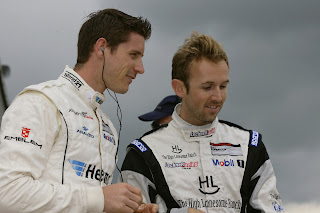 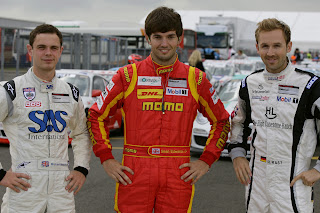 Stuttgart. The title defender continues his charge: After a turbulent qualifying, René Rast (Germany) takes up round six of the Porsche Mobil 1 Supercup on the Silverstone circuit from pole position on Sunday. At the wheel of Lechner Racing’s 450 hp 911 GT3 Cup, based on the street-legal lightweight 911 GT3 RS sports car, Rast was almost half a second faster on the storied British race track than VERVA Racing’s pilot Kuba Giermaziak from Poland. Thanks to the two extra points awarded for pole position, the German now lies just one point adrift of current points’ leader Norbert Siedler from Austria.

The steady rain that fell early on in the qualifying session hindered the hunt for top times in the world’s fastest international one-make race series. Several pilots went out on wet tyres in order to at least register a qualifying time. Others waited – and that turned out to be the right decision. When the rain stopped in the second half of the qualifying and the track dried up, the hunt for pole position got serious - particularly in the last five minutes the top times tumbled by the second.

At one point, the British-born, Monaco winner Sean Edwards (Konrad Motorsport) also looked set to clinch pole at his home race, but ultimately had to settle for the third quickest time. Lining up alongside him on the second grid row is, surprisingly, the Polish Supercup newcomer Patryk Szczerbinski (VERVA Racing Team), who knows the Silverstone circuit intimately from his time in British Formula racing. This marks his best qualifying result so far in the Porsche Mobil 1 Supercup. Points’ leader Norbert Siedler (VELTINS Lechner Racing) claimed the fifth spot ahead of Germany’s Christian Engelhart (Konrad Motorsport). Two Supercup rookies occupy the fourth grid row: Nicki Thiim (Denmark) driving for Hermes Attempto Racing in seventh and Michael Ammermüller from Germany who secured the eighth spot for VELTINS Lechner Racing. Another Supercup newcomer from the Netherlands, Jeroen Mul (Team Bleekemolen), also put in a strong performance to post ninth. Daniel Lloyd rounded off the top ten qualifiers and is the best of eight guest starters from the British Carrera Cup.

René Rast (pole-sitter): “That was a perfect qualifying. Our strategy was really good. I didn’t drive once on rain tyres, but waited until the end and then went out on slicks when the track was relatively dry. And that worked beautifully.”

Kuba Giermaziak (2nd qualifier): “I’m very pleased with second in qualifying. Actually I only had one really quick lap, on the second I made a mistake and went off the circuit. Thank you to my team and well done to my teammate Patryk who drove strongly today and was rewarded with the fourth quickest time.”

Sean Edwards (3rd qualifier): “That was quite difficult. I went out on wets right at the beginning so that I had a time in any event. On the dry circuit my fastest time wasn’t recognised and during two other quick laps I encountered slower traffic. But that’s not so bad. Our car is quick and we are well prepared for the race - regardless of whether Sunday’s race is wet or dry.”

Attention: Later today the fastest qualifying time of René Rast has been removed by the Stewards for exceeding track limits.