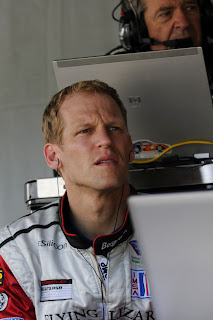 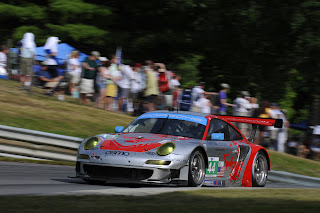 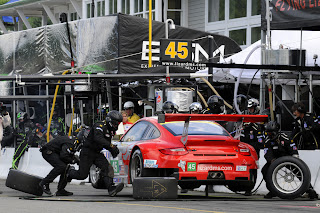 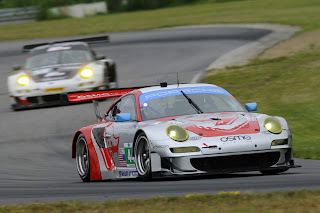 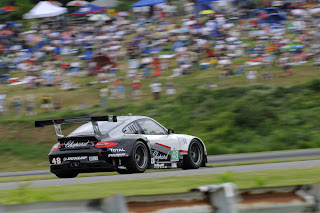 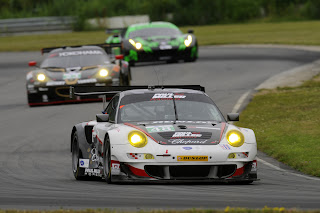 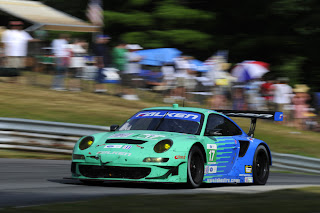 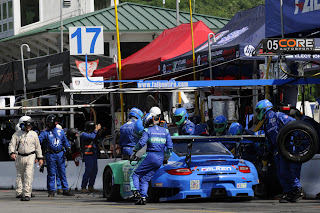 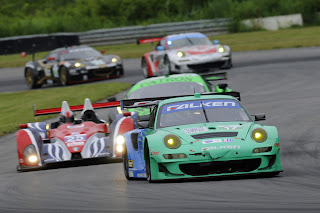 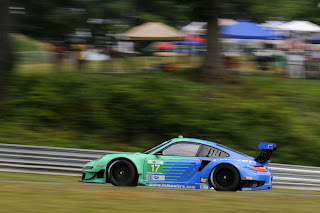 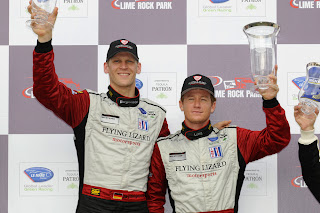 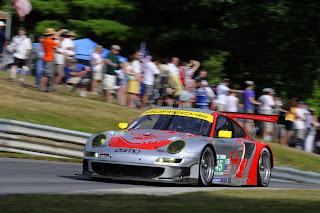 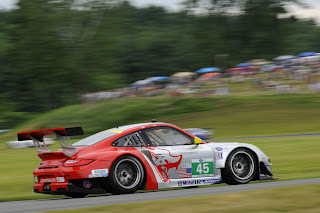 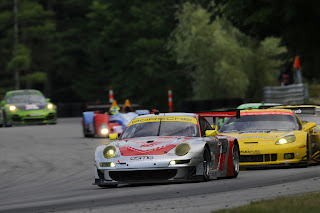 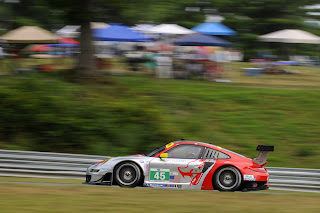 Stuttgart. A perfect anniversary for Joerg Bergmeister: At his 100th race in the American Le Mans Series, the Porsche works driver scored the first win of the season for Porsche. With his works driver teammate, Patrick Long (USA), he won the fiercely-competitive GT class in the Porsche 911 GT3 RSR fielded by Flying Lizard Motorsports at round four of the racing series featuring the world’s fastest sports cars. This marks his 35th victory in the American Le Mans Series and his sixth in Lime Rock.

The race on the short 2.478 kilometre circuit in the picturesque countryside of the US state of Connecticut, two and a half hours’ drive from New York City, was not for the faint-hearted. Fans watching from the grass banks along the track witnessed a varied race with tough battles for positions, particularly in the GT class, the heart of the American Le Mans Series. At the halfway point in the race, Patrick Long moved to the front of the strong field and handed the # 45 silver and red 911 to Joerg Bergmeister as the leader after 100 laps. Bergmeister rejoined the race in third on the narrow circuit after a pit stop, snatched the lead back after several laps and fended off all attacks to the flag. At times the first four GT vehicles were running within a mere second..

“We’ve waited a long time for this win. Now we’re all off to Manhattan to celebrate,” said Joerg Bergmeister after his anniversary race. “We made several mistakes this season, for example our pit stop in Laguna Seca, but mostly it was just bad luck that prevented us from securing podium results. Today, everything ran smoothly, from the performance of the drivers to the pit stop strategy. The Porsche is fantastic. We are still learning about setting up the RSR but today we took a giant step forward.” Patrick Long said, “We really earned this victory. It’s a great achievement to beat such a strong GT field. Thanks to the new aero kit we have more grip and a better performance compared to last year.”

Early on in the race, Falken Tire’s Porsche 911 GT3 RSR driven by Bryan Sellers (USA) also led the very strong GT field for a time, only to have tyre damage in the 35th lap throw him far back down the field. At the flag, he and Porsche factory pilot Wolf Henzler (Germany) finished in seventh place. Directly behind him came the 911 fielded by Paul Miller Racing with Sascha Maassen (Germany) and Bryce Miller (USA) as well as the second Flying Lizard Porsche with Porsche works driver Marco Holzer (Germany) and team owner Seth Neiman (USA). In qualifying, Marco Holzer had set the second fastest time, but the stewards of the meeting banned the Porsche to start from the back of the field due to a ride height that was too low.

Round five of the American Le Mans Series takes place on 22 July in Mosport/Canada.