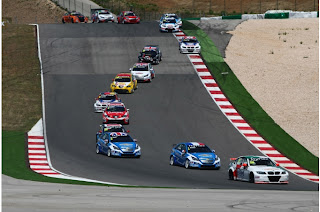 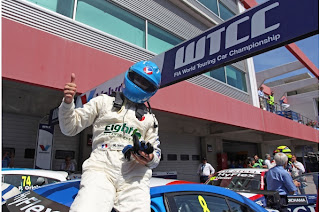 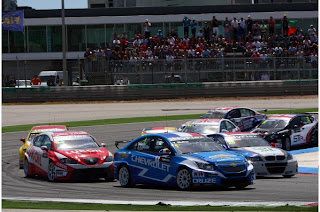 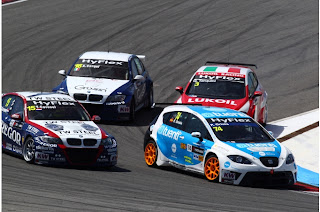 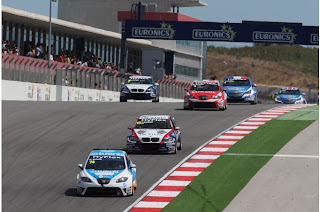 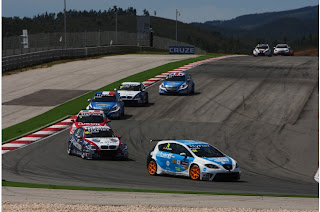 MULLER AND MENU MAKE TWO WINS FOR CHEVROLET
Yvan Muller and Alain Menu scored another two victories for Chevrolet, increasing the manufacturer’s tally in the current season to 11 out of 14.In the first race the reigning world champion pipped pole sitter Gabriele Tarquini at the start and resisted the Italian’s and Rob Huff’s comeback in the last laps.Menu played the part of comic books hero Michel Vaillant in a perfect way and dominated the second race in his Chevrolet in Vaillante disguise.These results meant that Chevrolet stretched further the leading margin in the Manufacturers’ Championship to 189 points.In the Drivers’ Championship Muller made another small step forward, scoring eight and two points more than Huff and Menu. The Frenchman now has an 18-point lead on Huff, while Menu lies 37points adrift.The fight for the best of the rest between Tom Coronel and Gabriele Tarquini is also becoming hotter. They both finished once on the podium today, but Tarquini’s withdrawal in the second race gave the Dutchman an eight-point edge.In the Yokohama Trophy Norbert Michelisz won the first race, but the hero of the day was Pepe Oriola who managed to beat Coronel to second overall in Race 2. It was the best result ever for the Spanish teenager in WTCC.The championship takes now a 50-day break, while cars and parts are being shipped to Brazil. Rounds 15 and 16 will take place at Curitiba on July 22.