World Endurance Championship, round 3, Le Mans 24 Hours Two Porsche at the front of the GTE Am class 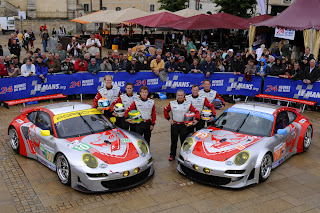 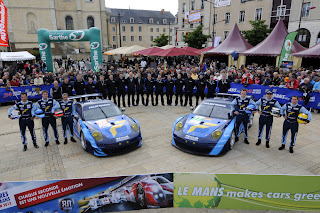 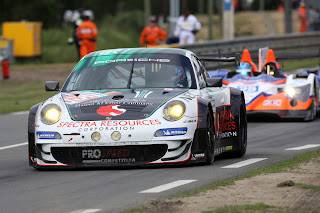 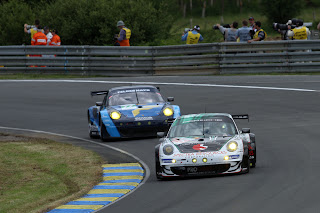 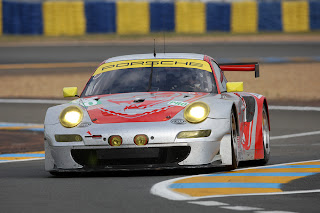 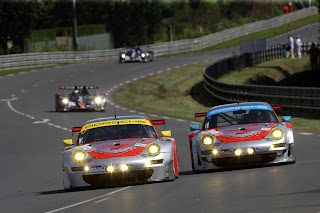 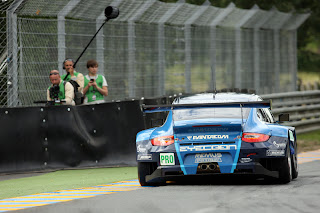 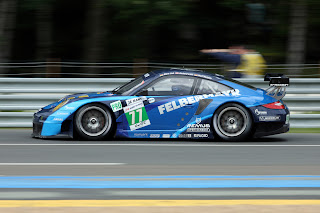 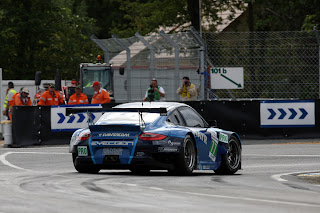 
Two Porsche at the front of the GTE Am class

Stuttgart. In the first qualifying session for the Le Mans 24 hour race, Porsche works driver Patrick Pilet (France) clinched the top time in the GTE Am class. At the wheel of the Porsche 911 GT3 RSR fielded by Flying Lizard Motorsports, which he shares for the long distance classic in the province of Sarthe with Americans Seth Neiman and Spencer Pumpelly, Pilet was 0.341 seconds faster than the 911-entry of Prospeed Competition with Porsche Supercup pilot Sean Edwards (Great Britain) as well as Abdulaziz Al Faisal (Saudi Arabia) and Bret Curtis (USA). The Porsche 911 GT3 RSR run by the Felbermayr-Proton squad, with drivers Christian Ried (Germany) and Italians Gianluca Roda and Paolo Ruberti, class winners of the season-opening round of the World Endurance Championship in Sebring, scored the fifth quickest time.

“I didn’t really have to push that hard to secure this time,” Patrick Pilet said. “The car was fast right from the start and easy to handle. The grid position is not that important in a 24 hour race, but of course it’s still an advantage to head off into the race from the front.”

“The key to a good qualifying result in Le Mans is to get a clear run. I didn’t manage this,” said Marc Lieb. “That’s why our time isn’t that great. Tomorrow we want to be up closer to the front runners. I’m certain we could find a couple of tenths if we can get a free lap.” Joerg Bergmeister stated, “We’ve found a good set-up for the race so that’s great. Today we checked some things out with our tyres, but unfortunately it didn’t yield the results we’d hoped for. Still, there are another two qualifying sessions tomorrow for us to go out and secure the best possible grid spot.”


This is the World Endurance Championship
Sports prototypes and GT vehicles contest the World Endurance Championship, for which double points are awarded in Le Mans. They are divided into four classes that start together but are classified separately:
LMGTE Pro class: This class is reserved for slightly modified standard sports cars with 440 to 500 hp and a minimum weight of 1,245 kilograms (e.g. Porsche 911 GT3 RSR).
LMGTE Am class: Like the LMGTE Pro, but the regulations stipulate that only last year’s cars are eligible and there must be no more than one professional driver per vehicle.
LMP1 class: Sports prototypes with up to 550 hp and a minimum weight of 900 kilograms.
LMP2 class: Sports prototypes with around 440 hp and a 900 kilogram minimum weight.