A second place which means a victory! 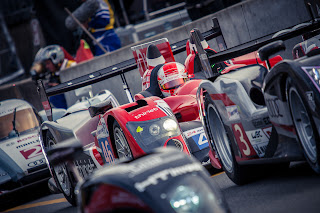 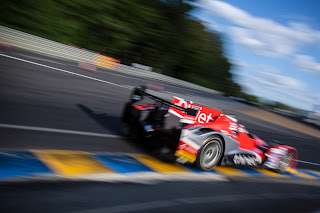 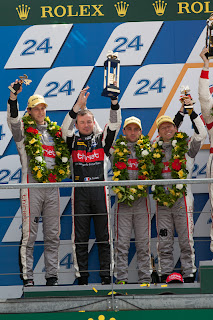 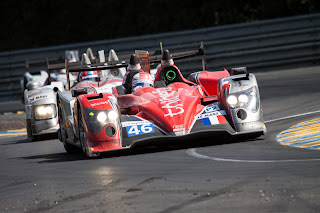 A second place which means a victory!

The Oreca 03 Nissan of the Thiriet by TDS Racing team did a great race and crossed the finishing line in the second place! After having had one problem at the beginning of the race, Mathias Beche, Pierre Thiriet and Christophe Tinseau were hard on the winners‘heels! An achievement if we remember that it was the first participation of the team

During the qualifying sessions on Thursday evening, the team qualified the n°46, with Mathias Beche at the wheel, in the 4th place of the LMP2 category with a time of 3'39"252. On Saturday at 3 pm, the Swiss driver was in charge of the start and very quickly, he was up towards the top. Suddenly, after few hours, he complained about a problem of downshifting gears and that the gearbox was blocked in the fifth gear. He went back to the pit where a problem of throttle was revealed. Indeed, a mechanical part was loosening. The mechanics did a very good job so that the car lost a minimum of time.

Once back on the track, the three drivers had already lost between 3 and 4 laps. Now in the 16th place, a new strategy was set up. The engineer, Jacques Morello, asked for a particular effort to the drivers, especially for Mathias Beche who did five stints in a row ! Over the hours, the n°46 had already gained twelve places and was fourth in the early hours. Furthermore, the team was spared by problems and went through all the traps which were on its way.

Six hours before the end of the race, a more aggressive strategy was decided to catch up the first ones. The drivers did a great job and a double change of the hood, issues with a premature wear of tyres and two flat tyres didn’t change anything: the car moved up place after place. At around midday, the car was second. But the Oreca Nissan n°46 was too far from its direct opponent (one lap) and finished in a great second place for its first participation at the 24 Hours of Le Mans!

Mathias Beche : " I do not still completely realize. The tension is falling down again because, at every moment in the car, it is necessary to be vigilant. The nervous tension is very strong especially when you go on your stints. It's worse when you are responsible for the start and the finish!
After our mechanical problem, at night, I drove even quicker to catch up and I even did five stints. I felt really well in the car, my lap times were very good and I enjoyed a lot!To finish second is fantastic but I did not think that we would finish second after our problems. The mechanics were fantastic as well as my two team-mates. I would certainly realize more tomorrow and I could think about next year."

Pierre Thiriet : " I am very happy even if, with the tiredness, I do not still realize ! It was a difficult race, we had to push from the beginning to the end because of our mechanical issue at the beginning of race. I had good feelings in the car. In spite of the problems of tires, I tried not to make any mistakes.
I would have never imagined to make a podium nor even to finish this race. Two years ago, I was in Hungary for the Megane Trophy and I watched the 24 Hours of Le Mans. I did not think that two years later, I would be there ! I am really glad for the whole team and all the partners. I thank all the mechanics as well as my team-mates."

Christophe Tinseau: "This podium is something that I wanted for 14 years, I mean my 11 participations and the three years when I did not come. When I was not able to run in Formula One in 1996, I went to endurance and my aim was to be on the podium.
In LMP1, it was necessary to be with Audi or Peugeot in previous years. As I could not be in these factory teams, I wanted nevertheless a car to win. I thus looked at the second LMP category, the LMP2, where there are many fights but it was necessary to find a good team.
This winter, when Henri Pescarolo did not renew our collaboration, I chose the Thiriet by TDS Racing team because it was an excellent one. Furthermore, I knew that with them, I could be on the podium. When I saw them working at Le Castellet in the two first free sessions, I immediately knew that they were professional. In Le Mans, they confirm again that they are among the best teams in the LM P2 class.It is an enormous satisfaction, it is a culmination of many years. I dreamed to be on the podium for a long time. Now, it is done! "

Xavier Combet (team manager): "We savour this second place, it is a big reward for the technicians who worked a lot since December to prepare this event. We were the unknown because the organization of the 24 Hours of Le Mans is not the same as a six hours race. Everything went well, we didn’t have any problems.
To be second is just magic, we are proud of this result. I would like to thank all the partners who rely on us and but also the Thiriet company which supports us in this project since the beginning. We hope that it will open us other horizons and that we shall go on in endurance! "

Finally, the Thiriet By TDS Racing car is in the 8th overall place (2nd in LM P2) and first French team! Now, the team is going to work with the aim of preparing the next ELMS round in Donington, England,