Porsche Mobil 1 Supercup, round 5 at the Formula 1 race in Valencia/Spain René Rast clinches second win of season with a gala performance

Porsche Mobil 1 Supercup, round 5 at the Formula 1 race in Valencia/Spain 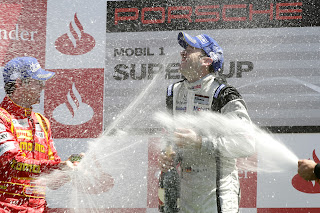 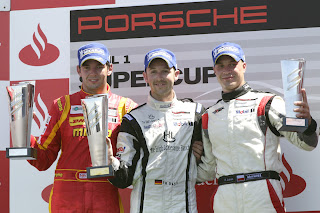 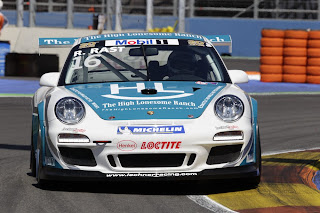 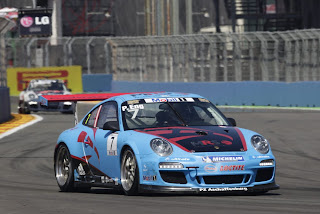 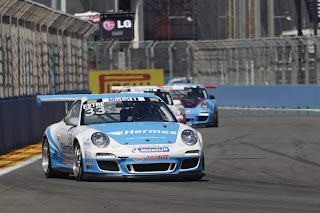 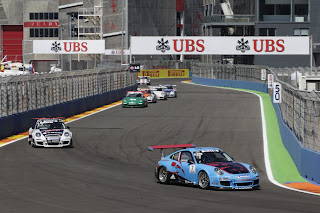 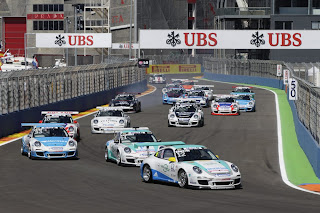 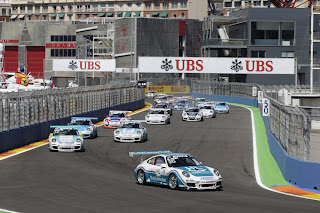 Stuttgart. René Rast is back in the fight for the title of the Porsche Mobil1 Supercup. With a gala performance on the Valencia Street Circuit, the Lechner Racing Team pilot impressively clinched his second win of the season on the street course around the America’s Cup harbour. The German saw the flag 11.539 seconds ahead of Sean Edwards (Konrad Motorsport) from Great Britain, who secured second place in front of the surprisingly strong FÖRCH Racing driver, Robert Lukas from Poland. With this result, Edwards now moves into the lead of the world’s fastest international one-make race series for the first time this season.

It was René Rast’s race from start to finish. At the wheel of his 450 hp Porsche 911 GT3 Cup, based on the street-legal lightweight 911 GT3 RS sports car, the title defender took off from pole to immediately settle in at front of the pack. While his pursuers battled for positions behind him, at times at loggerheads with each other, the winner of the season-opening round in Bahrain concentrated on extending his lead lap by lap. With this, he continued on from his strong showing in qualifying, in which he snubbed his rivals by clocking a stunning lap time. His third victory in Valencia after 2009 and 2010 was never under threat.

Behind the Monaco winner Sean Edwards, Robert Lukas put in a surprising drive at the eventful race. Third place marks the first podium result in the Porsche Mobil1 Supercup for the Pole, but he profited in the final lap from a spin by his compatriot ahead of him, Kuba Giermaziak (VERVA Racing Team). The incident threw the two-time season winner from last year back into fifth place behind Frenchman Kévin Estre (Hermes Attempto Racing). The second rude awakening then came after the race: Due to a jumped start, Kuba Giermaziak as well as Kèvin Estre, Norbert Siedler, Christian Engelhart, Alessandro Zampedri and Mateusz Lisowksi were subsequently handed a 30-second time penalty by the stewards of the meeting. This jumbled the results dramatically with points’ leader Norbert Siedler suffering the worst consequences: The VELTINS Lechner Racing pilot from Austria was only classified as eleventh and as a result lost his points’ lead. Germany’s Christian Engelhart, who had travelled to Valencia ranking second overall and after a drive-through penalty was classified as eighth at the finish line, was then shuffled back to 15th after his false start.

As the best Supercup newcomer, Nicki Thiim (Hermes Attempto Racing) saw the flag in fourth place. With his performance he replaces Germany’s Michael Ammermüller (VELTINS Lechner Racing) at the head of the rookie classification.

René Rast (winner): “That was a perfect race. Taking off from first and finishing in first – it doesn’t get better than that. There was quite a melee behind me with some competitors, and that gave me the chance to build on my lead in the first lap. I then tried to drive consistently quick lap times and not be too hard on my tyres. That worked. Thank you to my team for putting a perfectly prepared car on the track for me today.”

Sean Edwards (second): “What a crazy race. My start was actually quite good, but suddenly Christian Engelhart pulled alongside, and then came Kévin Estre. It was pretty tough going in the early phase. And because I had to go hard at that point, I was happy that I could conserve my tyres a little later on. For the championship second place is a great result.”

Robert Lukas (third): “It’s great to stand on the podium in third. Everything ran perfectly today. I took it real easy on my tyres early on and then the car became increasingly faster. Things really went well for us. The entire team has worked so hard over the last months for such a result, and I want to thank them very much for that.”

* The race in Barcelona was cancelled. However, the extra points for pole position were still awarded.

Silverstone: Preview for the 6th of 10 races on 8 July

On the Silverstone Circuit, one of the world’s most storied race tracks, the Porsche Mobil1 Supercup heads into the second half of the season. Drivers rave about the ultra fast circuit, whose legendary corners Copse, Stowe and Brooklands provide a unique challenge. Last year victory went to title defender René Rast. This time, local hero Sean Edwards is eager to win the race in his native country after claiming victory at his adopted home of Monaco and to improve his title chances. TV stations Eurosport and Sky broadcast the race live.