60 Years of Porsche in America 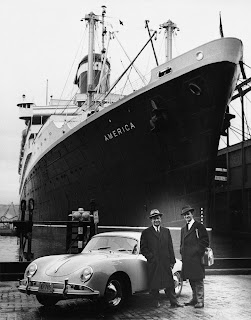 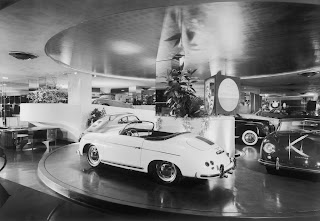 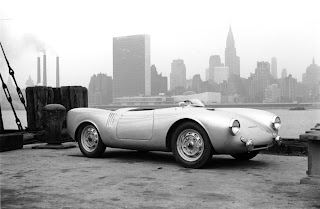 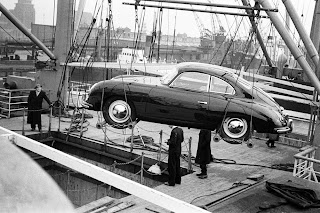 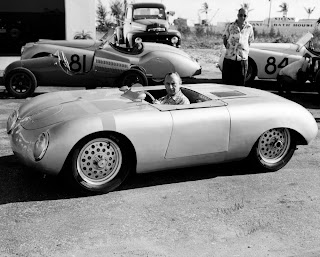 60 Years of Porsche in America

Stuttgart. The museum of Dr. Ing. h.c. F. Porsche AG, Stuttgart will be celebrating a very special anniversary this year: It was exactly 60 years ago, in the autumn of 1950, that the first Porsche 356 models were shipped to the USA. Since then, what was at that time just a small sports car manufacturer has gone on to capture the hearts of American sports drivers – and a good number of Hollywood stars as well. From October 12, 2010 to January 9, 2011 the Porsche Museum will be celebrating the presence of Porsche on the world’s largest and most important automobile market with this special exhibition, a presence which for six decades has been steadily growing. As part of this, visitors will be able to see the most interesting Porsche series for the American market, among them the prototype of the Porsche 356 Speedster, the rare 356 America Roadster, and the legendary 550 Spyder.

At the Paris Motor Show in 1950 a decisive meeting took place between Professor Ferdinand Porsche and the US automobile importer Maximilian E. Hoffman. Being an importer of a number of different European automobile brands on the American East Coast, Hoffman had his own dealership network at his disposal, as well as an unerring sense of what the upper class of America was looking for when it came to automobiles. Ferry Porsche and Hoffman concluded a deal soon afterwards for the delivery of 15 Porsches annually, the first three vehicles of which were shipped to the USA as early as October 1950.

When the first Porsche 356’s arrived in the USA, Max Hoffman once again proved just how much marketing talent he had. In parallel with the presentation at his modern showroom on New York’s Park Avenue, he also handed over a Porsche 356 to the private racing driver Briggs Cunningham, who soon began delivering the first victories on the race track. The Porsche 356 rapidly became the insider tip in the American racing scene, which had a positive effect on more than the sales figures. The German sports car, that was fast but also suitable for daily use, also became a hit in Hollywood, and was a favourite among film stars, James Dean in particular. The combination of racing sports and Hollywood glamour helped the Porsche brand name to achieve its unique lifestyle image in America, something which also reflected back to Europe again.

Beyond that, Max Hoffman had recognized that there was a need for country-specific models if victory was going to be won in the long term on the hard-fought American market. Hoffman accordingly pressed for a particularly light and economical version, which from 1954 arrived on the market in the form of the 356 Speedster, based on the small series 356 America Roadster which had made its debut in 1952. With a basic price tag of 3,000 US Dollars, the Speedster, with its spartan fittings, became a great sales success in sunny California in particular.

The success on the US market had an extraordinarily positive effect on the sales figures of what was at the time Porsche KG. As early as the first few years of the co-operation, there were considerably more sports cars exported to the USA than the company’s president, Ferry Porsche had expected. In 1952 this amounted to 283 Porsche vehicles, meaning that some 21 percent of total sales had gone to America. This proportion increased steadily in the years which followed, with the 50 percent mark being exceeded for the first time in 1955 (from a total production of 3,624 vehicles). And in succeeding years this figure was surpassed again and again. In 1965, the last production year of the Porsche 356, the share of sales to the US amounted to a huge 74.6 percent. To this day, the United States market is still the most important sales outlet for Porsche. Headquarters for Porsche Cars North America is Atlanta, and in total there are more than 200 Porsche dealers in the USA.

Simultaneously with the special exhibition, the Museum is publishing the book “Porsche in America“. The sixth volume to appear from its own publishing house, “Edition Porsche Museum“, this book presents, on more than 200 pages, the unique success story created by Porsche on the US automobile market. Previously unpublished pictures from the company archive provide the reader with some fascinating insights into the history of Porsche in North America. The book is available in German and English for 14.90 Euro at the Porsche Museum Shop.