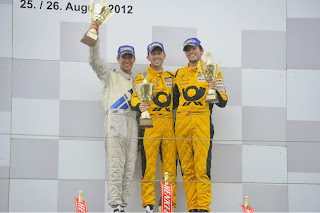 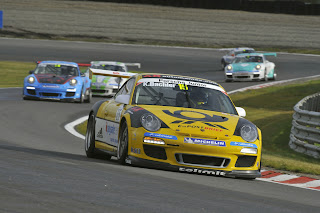 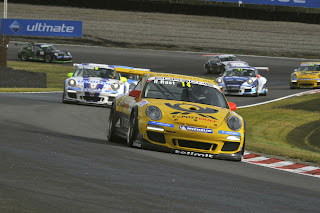 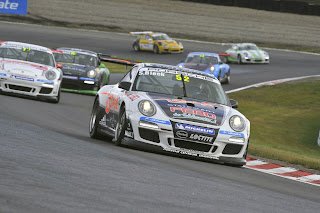 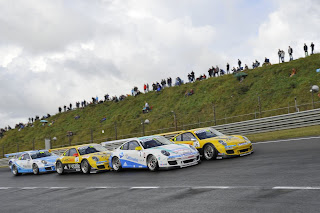 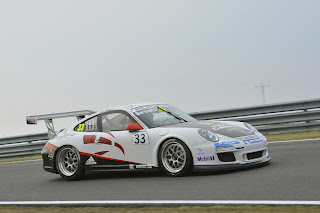 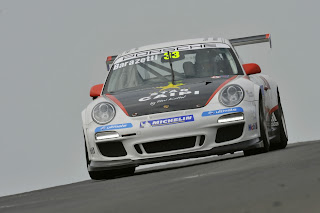 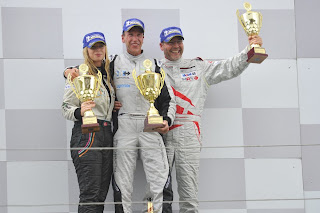 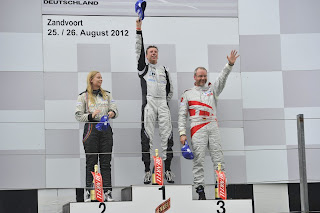 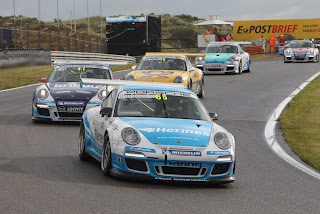 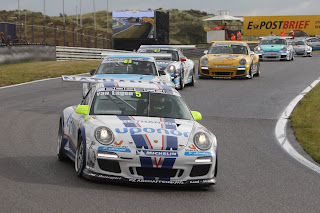 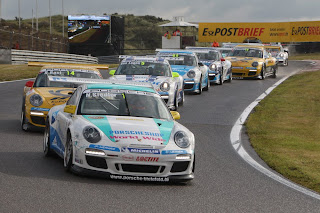 
Fifth win of the season for René Rast

Stuttgart. Time penalties for half of the field – that is an exception in Germany’s fastest one make race series. Still it happened at the 13th race of the season on the challenging former Grand Prix circuit of Zandvoort. And one of the beneficiaries was René Rast. Driving for the Team Deutsche Post by tolimit he did not cross the finish line as the winner but was classified as first. With his fifth victory of the season, Rast has extended his series lead to twelve points over his closest rival with four races left on the calendar. Second place went to Jeroen Bleekemolen from the Netherlands at his guest appearance for Attempto Racing. And scoring third place, Sean Edwards (Team Deutsche Post by tolimit) earned more crucial points towards his diminishing chance in the title race.

For the double champion of the international Porsche Mobil 1 Supercup and Carrera Cup champion of 2008, René Rast, this result was quietly satisfying: The seasoned campaigner made a mistake during yesterday’s race at the end of the safety car phase and lost certain victory because of the subsequent penalty. Today, Rast only saw the flag in third after a rather uneventful race. But because the first two, Norbert Siedler (Austria, Konrad Motorsport) and Nicki Thiim (Denmark, Hermes Attempto Racing), were given a 30-second time penalty due to driving too fast under the yellow flag, Rast was handed his fifth victory of the season.

Jeroen Bleekemolen gladly accepted the surprise gift of second place. As a guest starter, however, his job was first and foremost to stock up the points’ account for the Attempto squad – and he certainly did this well. For Sean Edwards, third place was a positive outcome for a race that started badly. After taking off into the sprint from third on the grid, the Briton was shunted and was running only in seventh after the first lap. On the narrow track on the North Sea coast, overtaking is difficult enough anyway, but rain early this morning complicated the situation even more. Because away the racing line the track was damp and at times wet. Feisty Edwards managed to slip past guest starter Jeroen Mul (Netherlands, Team Bleekemolen), but he had no chance against Jeroen Bleekemolen at his home round.

Fourth and fifth place went to two pilots, Norbert Siedler und Nicki Thiim, who fought a gripping duel at the front over the entire race distance: Heading into race 13 from pole position, the Dane immediately moved into the lead, while the Austrian only started from fifth place, but quickly tucked in behind Thiim. Afterwards, Siedler stuck to Thiim’s bumper over two-thirds of the race distance – until he finally nabbed him in the 15th lap. Jaap van Lagen (Netherlands, FE Racing by Land-Motorsport) was another driver to be stripped of his fourth place after driving too fast under yellow.

Porsche Junior Michael Christensen took home seventh position from Sunday’s race. The 21-year-old headed into the race from ninth, made up two places early on and with plenty of space behind and in front of him, drove a lonely race to the flag. Behind him in eighth and ninth respectively came two Dutch guest pilots competing for Team Bleekemolen, Jeroen Mul and Sebastiaan Bleekemolen. Clemens Schmid (Austria, SWITCH IT Lechner Racing) grabbed the last top ten spot, while the second Porsche Junior Klaus Bachler (Austria, Team Deutsche Post by tolimit) made up three places to finish in eleventh and earn more points as well as gain experience on this demanding circuit.

René Rast (winner): “How does the saying go? You learn from your mistakes. What Nicki and Norbert did today, happened to me on the Red Bull Ring. Today I very deliberately slowed down because I thought something like this would happen. So I won the race today that I threw away yesterday. Points lead extended, team classification extended – a very satisfying day.”

Jeroen Bleekemolen (second): “My start was not good and I fell back slightly. It was a difficult race today because only the racing line was dry. That was weird with the penalty. The track became faster because it had dried up. After René and my mishap yesterday where we were handed the time penalty, I was extra careful today. And ironically the two of us finished in first and second.”

Sean Edwards (third): “I got away well at the start but Norbert forced me to the outside and hit me hard. He said it was wet on the inside, which I don’t understand. But the result is okay and now I’m looking forward to Oschersleben.”

Michael Christensen (Porsche Junior, seventh): “I didn’t see the yellow flag and I only realised something was up when the green flag came out. I’m happy with my race today. I started from ninth and finished in seventh. I couldn’t have done better.”

Klaus Bachler (Porsche Junior, eleventh): “I’m really happy with today. Firstly, I drove from 14th on the grid to finish eleventh, secondly I matched the lap times of the front-runners on a drying track, which is particularly pleasing. Unfortunately I didn’t see the yellow flag and I received a penalty. Otherwise I could easily have moved up a few positions.”

Preview for races 14 and 15 in Oschersleben

Now it’s getting serious. In three weeks, on 14 to 16 September, the Carrera Cup Deutschland contests races 14 and 15 in the Motorsport-Arena Oschersleben – and heads onto the finish straight of the season. The 3.696 kilometre Oschersleben circuit is twisty and offers very few chances to overtake. Nevertheless, spectators last year were treated to some thrilling fights that was characterised by heavier rainfall.
Three drivers battled for honours at the front – the very same drivers who make up the top group this year: René Rast saw the flag in second last year, Nicki Thiim posted pole position and finished the race in third, and Sean Edwards still managed to snatch fifth place despite losing a front splitter. Following this year’s race in Zandvoort, René Rast travels to the next round topping the points, followed by Sean Edwards and Nicki Thiim.
Posted by AmigosRacing/MRS GT. at 15:59