Porsche Mobil1 Supercup, round 10 at the Italian Grand Prix 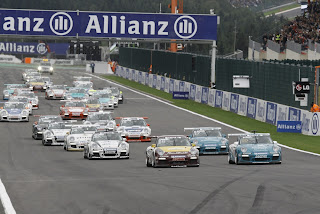 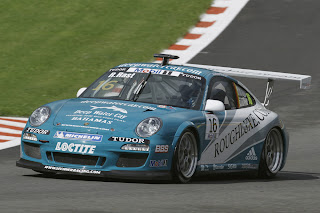 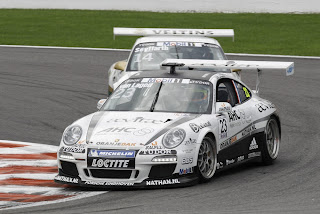 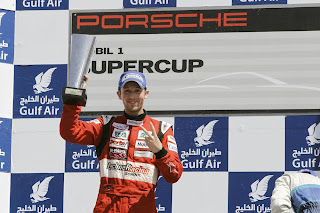 Porsche Mobil1 Supercup, round 10 at the Italian Grand Prix

Final duel in the Royal Park

Stuttgart. It doesn’t get much more gripping than this: The title of the Porsche Mobil1 Supercup will only be decided at the final round on 12 October on the Grand Prix circuit in the Royal Park of Monza. René Rast or Nicholas Tandy – one of these two will be crowned champion of the world’s fastest international brand trophy series.

A glance at the points’ table shows that René Rast (Germany) is the clear favourite. Driving for Al Faisal Lechner Racing, the four-time winner this season leads by a 14-point advantage. On paper, this means that if Nicholas Tandy from Great Britain secures his third win of the season for his Konrad Motorsport squad, plus the two extra points for pole position, then René Rast would need to finish at least eighth to take the title.

Despite the difficult situation he faces, Nicholas Tandy is not yet throwing in the towel. Earlier this season he already clinched the BBS Rookie Classification as the best Supercup newcomer. But that’s not enough. “I want the title,” he says, “and one thing is certain. It’s not over until the flag drops. As long as I have even the slightest chance to win then I’ll do everything to do it. And my team will be supporting me every step of the way.” René Rast knows that under normal circumstances not a lot can go wrong in Monza. But, considering the large grid line-up at the last race of the season, he is not willing to place all his bets on the title. “There are 32 drivers at the start, most of them eager to win or at least finish on the podium. I’m expecting a lot of action on the track,” says last year’s winner in Monza. His tactic: “To start as far up the grid as possible and keep out of any trouble. Then it should work. In any case, I’m feeling confident.”

The 5.770 kilometre circuit in the Autodromo Nazionale is the fastest on the Porsche Mobil1 Supercup calendar. The few corners have illustrious names like Parabolica, Variante Ascari and Lesmo – and they’re a real challenge for all drivers. On the straights the Porsche 911 GT3 Cup reaches a speed of over 270 kph. In Monza, the fastest lap in Supercup history was posted: During qualifying in 2006, Austria’s Richard Lietz set pole position with an average of 186.770 kph.

Not only do the title contenders René Rast and Nicholas Tandy have a score to settle at the season final. Other drivers are determined to finish such a rousing season on a positive note. One of them is Jaap van Lagen from the Netherlands. Competing for Team Bleekemolen Harders Plaza, the Supercup returnee claimed third in Monaco and second in Spa – now he wants to crown his comeback year with a win. His compatriot Jeroen Bleekemolen shares the same goal. The title defender has spent this season commuting between the Porsche Mobil1 Supercup and the American Le Mans Series. In the USA, he has already notched up four victories with his Porsche 911 GT3 Cup, in Europe he has had to settle for three podium results. Another candidate for his first win of the year is the VELTINS MRS Racing pilot Jan Seyffarth (Germany), whose form has been strong recently.

The race in Monza on 12 September, with the young New Zealand driver Jono Lester at the wheel of the VIP-911 GT3 Cup fielded by Porsche AG, will be broadcast live by TV stations Eurosport (11.45 hrs) and Sky Sport 2 (11.40 hrs). Eurosport also televises highlights on Sunday evening in its “Motorsports Weekend” programme.