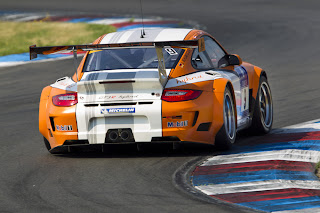 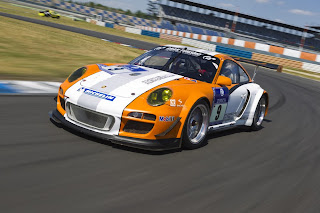 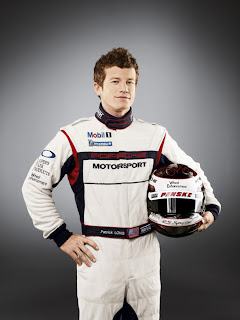 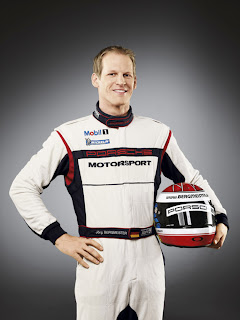 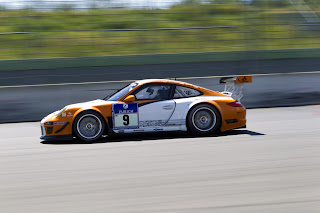 Stuttgart. Porsche works drivers Joerg Bergmeister (Germany) and Patrick Long (USA) will tackle the 1,000 kilometre race in Zhuhai/China on 7 November with the Porsche 911 GT3 R Hybrid. This marks the first event in China for the innovative sports car from Weissach, which features two electric motors at the front axle each developing 60 kilowatts to supplement the 480 horsepower combustion rear-engine. The race on the Zhuhai International Circuit, in which the 911 GT3 R Hybrid is not eligible for points, is the third and final round of the newly-inaugurated Intercontinental Le Mans Cup after Silverstone and Road Atlanta.

“It’s a fantastic conclusion to the season to drive this car in China after the race debut on the Nürburgring-Nordschleife,” says Joerg Bergmeister. The Porsche factory pilot was part of the driver crew at the wheel of the 911 GT3 R Hybrid when it demonstrated the potential of its leading edge technology at the 24 hour race on the Eifel circuit and was on course to victory until shortly before the flag. In the American Le Mans Series, Joerg Bergmeister and Patrick Long are on the brink of successfully defending their GT class title with the Porsche 911 GT3 RSR.

The race in Zhuhai is a great chance for Porsche to showcase its “rolling race lab” 911 GT3 R Hybrid - which perfectly embodies the philosophy of ‘Porsche Intelligent Performance’ - to its important market of China. At the same time, Porsche lends its support the new Intercontinental Le Mans Cup, organised by the Automobil Club de l’Ouest (ACO).

The innovative hybrid system of the Porsche 911 GT3 R Hybrid was developed specifically for racing, differing significantly in its configuration and components from conventional hybrid systems. An electric front-wheel-drive with two electric motors supplements the four-litre flat-six at the rear. Under braking, the 911 GT3 R Hybrid converts kinetic energy into electrical energy and stores it in a flywheel. During acceleration, this energy is automatically delivered to the front wheels, supporting the combustion engine. This leads to a reduction in fuel consumption and increases the cruising range on the circuit. Moreover, drivers can manually utilise the stored energy with a boost-paddle on the steering wheel for overtaking. Performance on call.