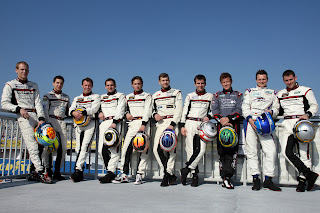 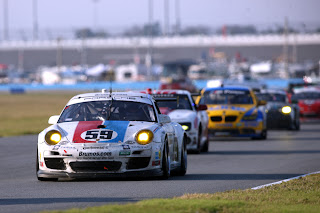 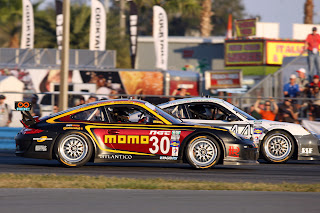 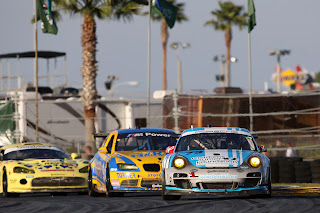 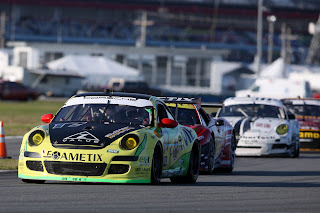 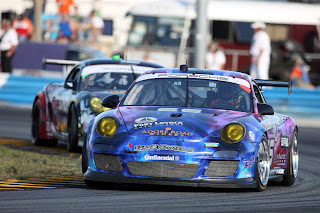 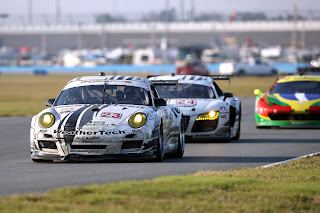 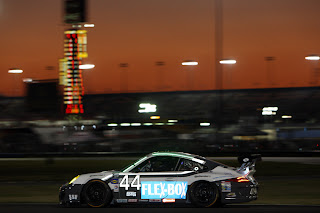 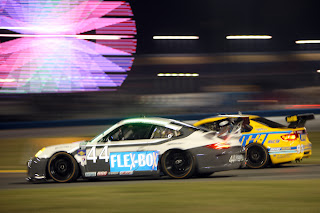 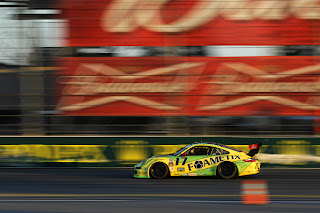 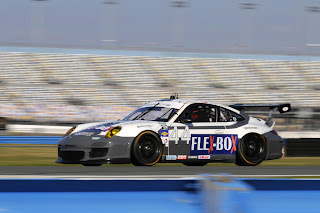 Best Porsche finishes fifth in the fuel gamble at Daytona

Stuttgart. The sprint to the finish of the Daytona 24 hour race turned into a gripping game of fuel poker in the fiercely contested GT class. In the last laps, the teams put all their eggs in one basket with their strategies, waived an additional time-consuming fuel stop so that they had a winning chance at the prestigious sports car classic in Florida. For Porsche works driver Richard Lietz this did not work out: Last year’s winner from Austria, who had held the lead position over long stretches in the Porsche 911 GT3 Cup and was on course for a podium result in the final laps, had to save fuel and was hence unable to utilise the full potential of the car. With his Magnus Racing teammates Nicolas Armindo (France), Andy Lally (USA) and John Potter (USA) he finally finished in fifth – ahead of his works driver colleague Marco Holzer (Germany) who shared driving duties in the Alex Job Racing Porsche 911 GT3 Cup with Jeroen Bleekemolen (Netherlands), Damien Faulkner (Ireland) and Cooper MacNeil (USA). The six best placed of the 34 GT vehicles crossed the finish line inside one lap.

“As title defender we had anticipated a better result than fifth of course, still we can be satisfied with our performance,” said Richard Lietz. “Right up until fifteen minutes before the flag everything was running to plan, unfortunately our strategy didn’t quite work. But we didn’t have a choice. We did everything we could but it wasn’t quite enough.” He led the field with his number 44 Porsche 911 GT3 Cup over a total of 43 laps – far more than any of his opponents. Marco Holzer said: “It was a tough race for us. We managed the distance well despite some problems but had to ease off the throttle in the last laps to save fuel. We took the gamble and didn’t want to refuel at the end. Sadly this plan didn’t quite succeed.”

“That was certainly one of the most exciting 24 hour races,” said Hartmut Kristen, Head of Porsche Motorsport. “Our customer teams were right up there in the fight for victory. Last year we came home with a triple victory, this time others climbed the podium.”

The first leader on the Daytona International Speedway was Nick Tandy. At his debut race as a Porsche works driver, the Briton from Konrad Motorsport/Orbit snatched the lead from pole position. His perfect start, however, was not a good omen: After about eight laps and many incidents, he had to park his Porsche 911 GT3 Cup trackside with suspension damage. This also proved to be a bitter experience for his teammate Michael Christensen, the Porsche junior from Denmark who contested his first ever 24 hour race. For the second Porsche junior, however, Daytona yielded success: Austria’s Klaus Bachler, who contests the Porsche Mobil 1 Supercup this year with Michael Christensen, finished eleventh in the Porsche 911 GT3 Cup fielded by Snow Racing/Wright Motorsports after putting in a commendable performance. “We had a few problems during the night but all in all everything went well,” he commented. “That was my first 24 hour race and I learned a great deal.”

At the wheel of his Porsche Cayman, the 2009 overall winner from America David Donohue won the GX class with his compatriots Nelson Canache, Shane Lewis and Jim Norman. With this, he earned Porsche, the most successful manufacturer in the history of the race, the 75th class victory in Daytona.