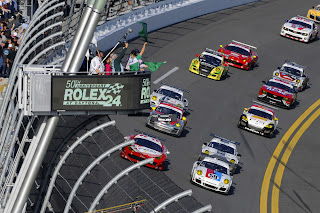 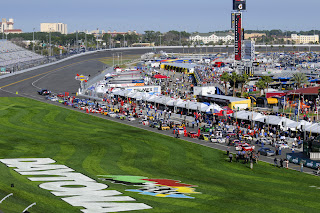 Stuttgart. Competing with a strong contingent, title defender Porsche tackles the 51st running of the Daytona 24 hour race on 26 January. In the particularly competitive GT class, eight Porsche factory pilots and two Porsche juniors contest the race with the Porsche 911 GT3 Cup, amongst them last year’s winner Richard Lietz (Austria). With 22 overall and 73 class victories, Porsche is the most successful manufacturer in the history of this sports car classic, which lures the best pilots from many different worldwide racing series to Florida each year.

The race
Alongside the Le Mans 24 Hours, Daytona is the second great long distance classic. Taking their places on the winner’s list are legendary Porsche pilots like Hans Herrmann, Rolf Stommelen, Hurley Haywood and Bob Wollek as well as Formula 1 World Champions Phil Hill and Mario Andretti. The Daytona International Speedway is regarded as one of the most famous race tracks in the world. The 24 hour race is run on the 5.729 kilometre course configuration utilising the oval with its steeply banked corners and the infield.

Porsche successes
The first of until now 22 overall victories claimed by Porsche went to Vic Elford, Jochen Neerpasch, Rolf Stommelen, Jo Siffert and Hans Herrmann in 1968 with the Porsche 907. The most recent overall win in 2010 went to Joao Barbosa, Terry Borcheller, Ryan Dalziel and Mike Rockenfeller with the Porsche-Riley. In previous years Porsche scored two wins in the hotly-contested GT class – in 2011 with Wolf Henzler and 2012 with Richard Lietz. All in all, Porsche has notched up 73 class victories at Daytona.

Quotes before the race
Hartmut Kristen, Porsche Head of Motorsport: “The season takes off in Daytona with the toughest demands on man and machine. With 18 vehicles, Porsche is again strongly represented in the GT class. I’m especially interested to see how our two juniors perform at their Daytona debut. This is a unique opportunity for young drivers to pit themselves against opposition from all series and all corners of the world.”
Joerg Bergmeister: “Daytona is a tough fight from the start to the finish and it’s a great way to start the new season after the long winter break. The last time I won here was in 2009 – so I think it must be my turn again.”
Marc Lieb: “The Daytona 24 hour race is always a cool event. It is something very special to be able to compete at the wheel of the number 59 car for such a well established and successful team like Brumos Racing.”
Marco Holzer: “It’s a fabulous challenge to kick off the season with a classic like Daytona. I’m looking forward to competing with the Alex Job Racing squad and my strong teammates. We think our chances look good.”
Richard Lietz: “To race in Daytona as the title defender is a dream. We have another good car this year and we think we have a realistic chance to finish at the front again.”
Patrick Long: “With the 36 entries alone in the GT class it’s a huge challenge every year – for the drivers as much as for the teams.”
Patrick Pilet: “This race is legendary. With all the best pilots from various race series competing, the fight for victory is often open right to the last lap. But that’s what makes Daytona so exciting.”
Nick Tandy: “Daytona is my first race as a Porsche works driver. I’m going to enjoy every kilometre.”
Romain Dumas: “Daytona is not just a very tough race, especially in our GT class, but I also like how we measure ourselves against the pilots from other race series. That is always a very interesting comparison.”
Klaus Bachler: “This is all new for me. My first time in Daytona was when we went testing – actually it was my first time ever in the USA. Now I’m looking forward to my first 24 hour race. It’ll certainly be a fantastic experience.”
Michael Christensen: “I can hardly wait. To be given the chance to contest my first 24 hour race in Daytona is simply awesome. Even testing on this legendary race track was an unbelievable experience.”