Porsche Carrera Cup Deutschland, race 11 on the Nürburgring Second win of the season for Nicki Thiim 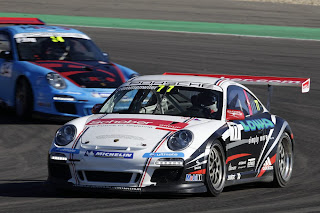 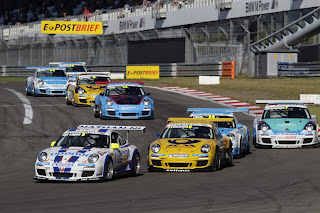 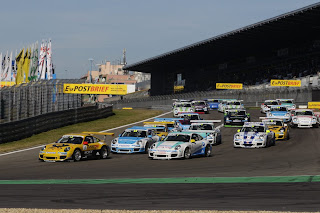 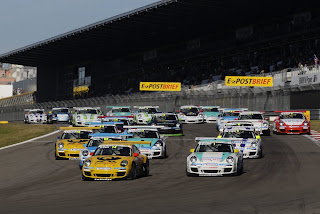 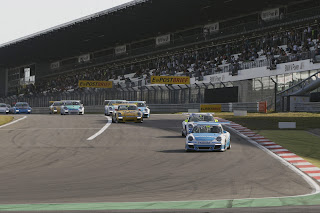 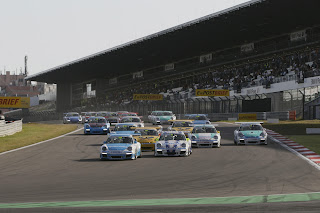 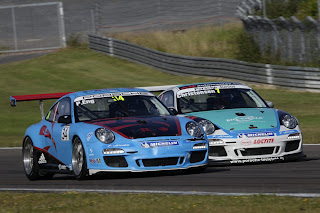 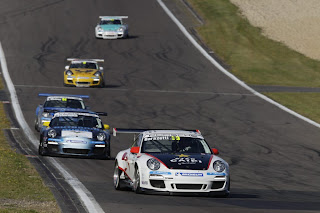 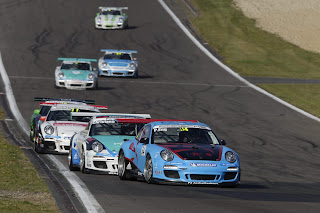 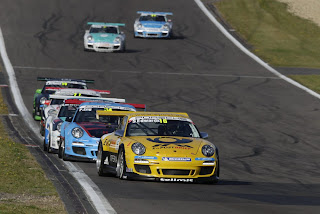 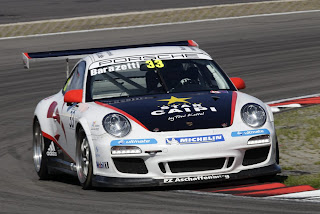 
Second win of the season for Nicki Thiim

Stuttgart. Nicki Thiim is the winner of Sunday’s race on the Nürburgring. Driving for Hermes Attempto Racing, the Dane walked away with a lights-to-flag victory from pole position and climbed to the top of the podium for the second time after the Lausitzring. Clinching second place after putting in a strong drive, Sean Edwards (Great Britain, Team Deutsche Post by tolimit) stays in the race for the coveted title in Germany’s fastest one-make race series. The secret star however is René Rast. Thanks to his third place, the points’ leader (Team Deutsche Post by tolimit) heads into the final spurt of the season with a comfortable 15-point advantage over his teammate Edwards.

After several chaotic races, everything finally ran smoothly for Nicki Thiim. The son of former DTM champion Kurt Thiim was regarded as one of the title favourites at the start of the season, but apart from victory on his favourite circuit in the Lausitz, the spirited young Dane has been knocked back with bad luck and breakdowns. After claiming second from yesterday’s race, the 23-year-old followed up with a clear win that pushes him one place up the points’ table – but fifth overall with six races left on the calendar is not exactly what Thiim had hoped for.

For quite some time, it seemed Jaap van Lagen (FE Racing by Land-Motorsport) might bring home a safe second. Taking up the sprint from the second grid spot, the Dutchman got away well at the start and held off attacks from the oncoming René Rast – until a puncture threw him out of contention. In this way the points’ leader and four time winner this season at first inherited second place. But in the final phase Rast’s teammate of all people managed to ruffle the normally cool Rast’s feathers. Sean Edwards, fourth in Saturday’s race, had started only from seventh. After a collision with Jaap van Lagen in the last corner of yesterday’s race, the stewards of the meeting relegated him five positions down the field – which again put the British pilot behind his German rival on the grid. But today Edwards did everything just right. With clever and fair overtaking manoeuvres, he conquered one position after the other to ultimately put Rast under pressure – and in the last race lap clinched a well-earned second place.

Nicolas Armindo, who secured fourth at just his second Carrera Cup outing this year, also had to give in to the charging Edwards. The Carrera Cup champion of 2010 celebrated his good placing and valuable points for his championship winning team Attempto Racing. Behind the Frenchman, Philipp Eng saw the flag in fifth after an extraordinarily strong race. The Austrian driving for MRS GT-Racing fought valiantly against the pack behind him and put on a head-turning show: A shunt sent him into the greens where he continued at high speed and after 200 metres slotted right back in front his pursuers on the track. After finishing in eighth on Saturday, Philipp Frommenwiler was thrilled with today’s sixth place. The Swiss driver for Attempto Racing has established himself securely in the top ten group in his second Carrera Cup year.

A sensational race for Klaus Bachler: Seventh place does not adequately reflect the Austrian’s performance. For the Porsche Junior competing for the Team Deutsche Post by tolimit squad, the situation at first looked bad: After the formation lap, Bachler headed back into the pits instead of lining up on the eighth grid spot. A pebble had become lodged between his brake calliper and rim. After the team had fixed the problem the 21-year-old took up the chase and ploughed through to rank seventh. After achieving fifth yesterday, the second Porsche Junior experienced a bad day today. Taking up the sprint from sixth, Michael Christensen made a clean start, only to lose two positions in the second lap. Driving for Konrad Motorsport, the Dane finally got caught up in a fighting pack that had become stuck behind Philipp Eng. Christensen saw the flag in eighth, but was only classified for 16th: He was handed a 30 second penalty because the race directors were of the opinion that he was responsible for Eng going off the track.

Eighth then went to seasoned campaigner Norbert Siedler (Austria, Konrad Motorsport), who lost a front splitter early on in the race and therefore had to battle with a handicap. For the two who crossed the finish line behind him however, Sunday’s race was an absolute highlight of their Carrera Cup outings: Contesting the amateur class, Christina Nielsen (Denmark, Farnbacher ESET Racing) and Bill Barazetti (Germany, MRS GT-Racing) celebrated their best results by far in their maiden season with the 450 hp Porsche 911 GT3 Cup.

Nicki Thiim (winner): “What an amazing weekend, absolutely perfect for me and the team. Already in free practice we had the speed and just kept improving our position. My engineer and I did a good job. My 911 handled beautifully. Now I’m finally there where I’ve always wanted to be. I hope it continues like this.”

Sean Edwards (second): “I found the penalty of being relegated back five grid places somewhat excessive. But I had a perfect car today with a new set of tyres and I was able to finish in second after starting from seventh. All the fights were completely fair and clean, including the one at the end with René. We still have six races to go, so anything is still possible in my bid for the title.”

René Rast (third): “I’m very pleased with this result, after all I’m still points’ leader with a 15 point advantage. That was my aim. Mid-race, Jaap held me up a little and that gave Sean the chance to catch up. I flat-spotted twice and that slowed me down a bit. And I also didn’t want to go too hard up against Sean as my teammate so he got past me.”

Klaus Bachler (Porsche-Junior, seventh): “That was a great race. I noticed during the formation lap that something was wrong and I thought that was the end of my race. But after the stone was removed I went back out and had great fun pushing through the field. So in this respect seventh place is simply fantastic.”

Michael Christensen (Porsche-Junior, 16th): “As far as my result is concerned that was the worst race of the season. I got stuck behind Philipp Eng. I pushed really hard but he defended his position with everything he had. I feel it wasn’t completely fair but I guess that’s part of motorsport. I actually had the speed but the race just didn’t quite go as I wanted.”

Timo Bernhard (Porsche works driver, Junior Coach): “The boys did a great job this weekend. Yesterday Michael drove a great race, today it was Klaus. He got caught up in a couple of situations yesterday from which he learned. And today that happened to Michael. The two are learning at a steep rate and they take on advice very well. I very much enjoyed my temporary job as junior coach.”

Preview to races 12 and 13 in Zandvoort

At the North Sea coast this coming weekend (24 to 26 August) the Dutch drivers make up the largest number on the grid aside from the German pilots. Six drivers look forward to tackling their home race in Zandvoort: the four regular Carrera Cup pilots Jaap van Lagen, Harrie Kolen, Wolf Nathan and Houvert Vos as well as guest drivers Jeroen Mul and Jeroen Bleekemolen.

With races 12 and 13, the Carrera Cup Deutschland turns on to the finish straight for the showdown in Hockenheim. After race eleven on the Nürburgring, René Rast travels to the 4.307 kilometre former Grand Prix circuit still holding the points’ lead. But with 15 points in arrears, Sean Edwards still has the chance to clinch the title after securing vice championship honours last season. After the foreign round in the Netherlands the only events left on the calendar are in Oschersleben (14 to 16 September) and the finale in Hockenheim (19 to 21 October).
Posted by AmigosRacing/MRS GT. at 00:15