Racing at its best: Formula, GT and historic cars in the Lausitz ADAC Masters Weekend provides an exclusive mix at the EuroSpeedway 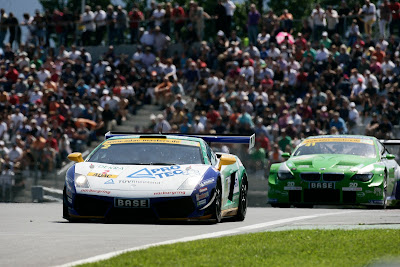 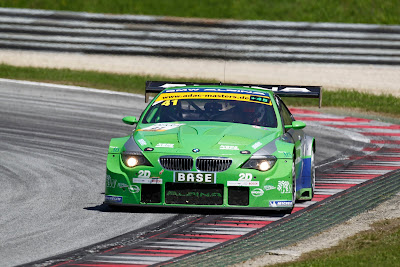 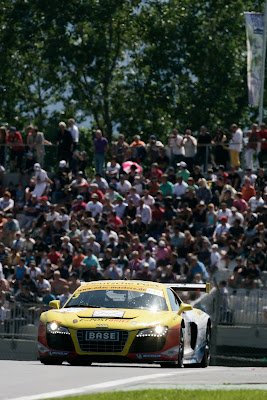 Racing at its best: Formula, GT and historic cars in the Lausitz ADAC Masters Weekend provides an exclusive mix at the EuroSpeedway A section through the most attractive motorsport categories – provided by the ADAC Masters Weekend on the first September weekend at the EuroSpeedway Lausitz. Dream sports cars, formula categories and touring car racing as well as two historical racing series’ make every motorsport fan’s heart beat faster. The attractive programme between 2 and 4 September is entirely dominated by the prospective title-deciding races. The championship contenders are pushing to make a decisive break in the final dash for the chequered flag during the last third of the season. On the other hand, the competition could use a final opportunity to make their marks and to increase their own market value for the forthcoming season.

ADAC GT Masters: home straight in the super sports car league
Ten races completed and six still to come: the super sportscar league, the ADAC GT Masters, has entered the home straight. Title fight nearly over? Not a chance. Ferdinand and Johannes, sons of racing legend Hans-Joachim ‘Striezel’ Stuck, have built up a lead going into the two races at the EuroSpeedway. However, at just seven points this is extremely tight as a win is worth 25 points. Hot on the heels of the duo driving a Reiter Engineering Lamborghini Gallardo LP600+ is the team of Alexandros Margaritis and Dino Lunardi (BMW Alpina B6 GT3). The list of those also within striking distance reads like a ‘Who’s who’ of renowned sports car manufacturers. Christopher Mies/Luca Ludwig drive an Audi R8 LMS from Audi Sport Team Abt Sportsline like their team mates Christer Jöns/Jens Klingmann. Andreas Wirth/Christiaan Frankenhout share a Mercedes-Benz SLS AMG GT3 close behind in ninth place. The Mühlner Motorsport team, which also enters a Porsche 911 GT3 R, has taken on reinforcements: Sean Edwards, Porsche Carrera Cup Deutschland championship leader, competes at the Lausitzring for the team.

ATS Formula 3 Cup: landmark race for championship leader Stanaway
A winning ratio of 75 per cent, ten from a possible twelve podiums, always found in the points and busiest scorer of extra points: the ATS Formula 3 Cup title is without doubt championship leader Richie Stanaway’s to lose. The 19-year-old New Zealander from Van Amersfoort Racing could make a significant step towards winning the title at the EuroSpeedway Lausitz. In fact: theoretically he could possibly clinch the title here if his closest and only genuine rival Marco Sørensen from Denmark fails to score a single point and Stanaway takes a maximum points score. In contrast, if Lady Luck swings the other way Sørensen could move to within a single point. Stanaway is nevertheless already a winner: he competes in the GP3 class for the renowned racing team ART at the final two races of the 2011 season at Spa-Francorchamps and Monza.

ADAC Formel Masters: the title autumn begins
Three or five way fight? If it was just a matter of the following the points standings in the remaining nine ADAC Formel Masters races, of which the first three were held at the EuroSpeedway Lausitz, it would appear that the title fight is just between championship leader Pascal Wehrlein and his closest rivals Emil Bernstorff and Sven Müller. However, recently Artem Markelov and Kean Kristensen have also shown title form and actually shared the last three victories at the Red Bull Ring in Spielberg (Austria) between themselves. However, there are still enough points up for grabs to allow the fourth and fifth placed drivers to mix things up at the head of the leader board: a single driver can still score 225 points. As comparison: the ADAC Stiftung Sport supported driver Wehrlein leads the standings with 236 points.

ADAC PROCAR: Leidinger and Thierfelder the prey
It could hardly be any better: six wins, three second places and a third –Johannes Leidinger, who drives a BMW 320si for team Engstler Motorsport in the ADAC PROCAR, sets the benchmark in 2011. In Division 1 he has already built up a healthy 26 point lead from Jens Guido Weimann (BMW 320si E90, Thate Motorsport). If he increases it to 40 points he can celebrate winning the championship at the EuroSpeedway Lausitz. Things are considerably closer in Division 2 six races before the season ends: Guido Thierfelder (Peugeot 207 Sport, ETH Tuning) holds a six point advantage over Nils Mierschke (Ford Fiesta ST, Leipert Motorsport). A victory is rewarded with ten points in both divisions; there are two races on the timetable each weekend.

HAIGO ADAC Historic Cups: race action from the good old days
The HAIGO ADAC Historic Cups are a bonus for the ADAC Masters Weekend at the EuroSpeedway Lausitz. HAIGO – the abbreviation for Historische Automobilsport Interessen Gemeinschaft Ostdeutschland. Two series compete under its flag at the Lausitzring: touring cars and formula cars each contest two races. In action are touring cars in the FIA, Fédération Internationale de l’Automobile, defined period J2 for cars manufactured between 1982 and 1990 and also formula cars of the period JR anno 1983 to 1990.

TV coverage on ‘kabel eins’ and SPORT1, live streams on Internet
Both ADAC GT Masters races are broadcast live on ‘kabel eins’ (Sat and Sun from 11:45). Highlights of events at the EuroSpeedway Lausitz are shown by ‘SPORT1’ (9 September, 15:45). The ADAC Formel Masters, ATS Formula 3 Cup and the ADAC PROCAR races are also accessible as live stream via the respective series homepages.
Further Information at www.adac-masters.de
ADAC Presse.
Posted by AmigosRacing/MRS GT. at 00:06