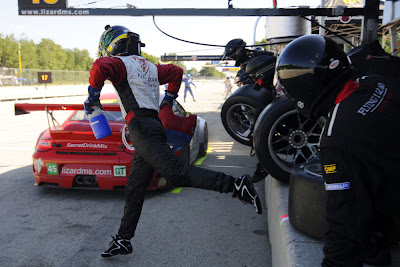 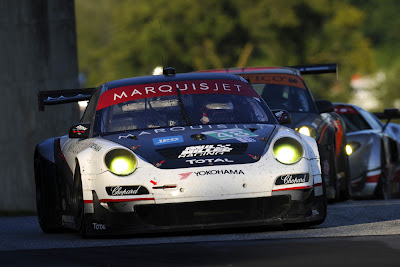 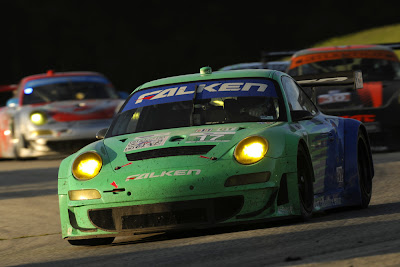 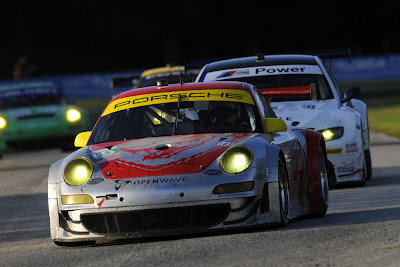 
Stuttgart. Just one second separated the Porsche works drivers Joerg Bergmeister (Germany) and Patrick Long (USA) from their second podium result of the season at the four hour race in Elkhart Lake. In the Porsche 911 GT3 RSR fielded by Flying Lizard Motorsports, the title defenders claimed fourth place in the GT class at round six of the American Le Mans Series on the legendary Road America race track. Porsche factory pilot Wolf Henzler (Germany), who recently won the race in Mid-Ohio with his American teammate Bryan Sellers, finished sixth in the Porsche 911 GT3 RSR run by the Falken Tire squad.

Whenever the world’s fastest sports cars compete on this challenging circuit in the US state of Wisconsin, excitement is guaranteed. And this year was no exception. Especially in the fiercely-contested GT class, fans were treated to spirited fights for positions and spectacular overtaking manoeuvres. With just 13 minutes left to the flag, Joerg Bergmeister, five-time winner at Road America, was running in third after a strong performance and held hopes for his second podium result of the year after finishing second in Lime Rock. But he was unable to defend his position to the finish line.

“We had a good day and achieved the best possible result. We couldn’t manage better than fourth today. When an opponent is able to pass us on the outside in a place that is not a braking zone, well, that says a lot about the rule-makers grading of the Porsche,” said Joerg Bergmeister. Patrick Long added, “Our strategy put us in a position for a top placing, and our pit stops ran perfectly. We had hoped for a better result, but have to settle for what we achieved. The difference between the first and the fourth today came down to a reason that we have no influence over.”

Right at the start, Wolf Henzler made up four places and was at times on course for a podium spot. “That was our team’s best performance on a dry circuit,” he said. “Over much of the distance, our Porsche could match the pace of the best BMW, Ferrari and Corvettes – and we can be happy about this. The tyres are becoming increasingly better and our pit crew worked hard over the entire race distance to keep us in the top six.”

Victory in the GTC class went to the two-time Supercup champion Jeroen Bleekemolen (Netherlands) with his American teammate Tim Pappas in the Porsche 911 GT3 Cup. Britain’s Sean Edwards, the current points’ leader in the Porsche Mobil1 Supercup, led to the final lap until tyre damage robbed him of his win. He finished third.

Round 7 of the American Le Mans Series takes place on 3 September on the new street circuit in Baltimore in the US state of Maryland.

The American Le Mans Series (ALMS) was created in 1999 for sports prototypes and GT vehicles. The regulations correspond to those of the Le Mans 24 hour race.

All race cars start together but are classified separately according to their respective classes. This ensures exciting and diverse racing with many overtaking manoeuvres. Points are only awarded for placings in each class.